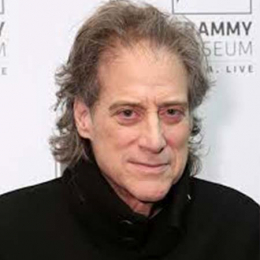 American comedian, Richard Lewis is one of the famous Hollywood actors and comedians who get unconditional love and praise from his fans. He is popular for appearing in the television series and films like "Anything but Love", "Curb Your Enthusiasm", and "Robin Hood: Men in Tights". He is also known for his book named "The Other Great Depression" which is based on his fight against alcoholism and drug uses. Once, he was ranked #45 on Comedy Central's list of "100 Greatest Standups of All Time."

Richard Lewis is married to Joyce Lapinsky. The pair shared the wedding vows in January of 2005 among their close friends and family. Moreover, they share a good bond and are together from over one decade. 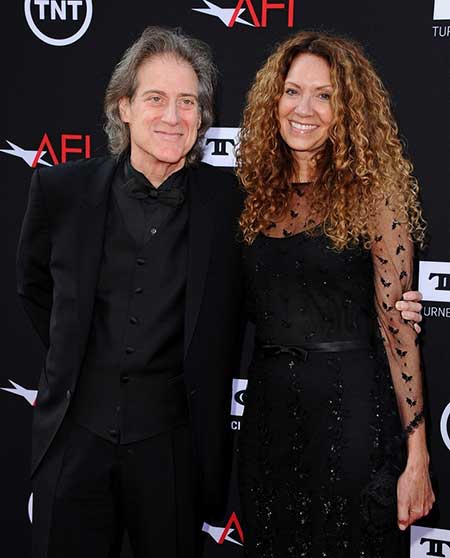 The couple is celebrating fourteen years of their marital relationship. Despite the unconditional love between the duo, they are yet to share their child together.

Richard is a fighter and he was able to overcome his fight against the alcohol and drug uses. He published an autobiography entitled The Other Great Depression where he described how he was falling for the constant use of alcoholism and eventually, at the age of 44, he found himself in the hospital suffering from a lethal mix of alcohol and drugs.

If I make it to midnight, Aug 4th, I’m sober 24 years, a day at a time. It’s a miracle.i should be dead.
If you’re in the darkness , you can change. #sobriety
pic.twitter.com/TMvQ8UAr1L

As the post explains, if the comedian wouldn't have stopped using the alcohol and drugs he would have been dead as of know. Following that, he explained in the book how he was overcoming, on a daily basis, at least a million addictions and dysfunctions and how he found the path for spiritual life.

He is currently busy passing his days with the love of his life and the relationship between them seems fluid as there is no sign of divorce between them. Additionally, he is an active social media user and frequently shares posts about his personal and professional life.

What is the Net Worth of Richard Lewis? Know about his Salary, Earnings 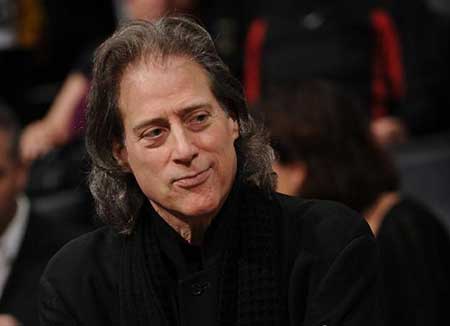 Richard started his career as a stand-up comedian in the 1970s. At that time, he used to work as a copywriter for an ad agency and stand-up act at night. Later, he gained popularity in the 1980s after appearing several times on Late Night with David Letterman show. Besides, he also starred in his own television specials which were premiered on the HBO television network.

The 71-year-old comedian started his career in the television industry after appearing in the television movie named Diary of a Young Comic. Since then, he appeared in numerous television series and shows like House Calls, Riptide, CBS Summer Playhouse, Hiller and Diller, and Rude Awakening. Besides, his most recent work was in the 2015 American television sitcom named Blunt Talk.

The 'Riptide' actor also tried his luck in the film industry and first starred in the 1988 American comedy film named The Wrong Guys. After that, he went to perform in many films like That's Adequate, Once Upon a Crime, and Wagons East. Further, some of his blockbuster movies are,

Apart from his acting career, he is also an author who wrote the book named The Other Great Depression. Further, he promoted the book via The Howard Stern Show which was released on January 9, 2001. What's more, the book costs $20.65 for Kindle and $15.99 for Paperback, while it's also available in Audio CD which costs $41.81. Besides that, he also wrote many comic articles for magazines like Playboy. 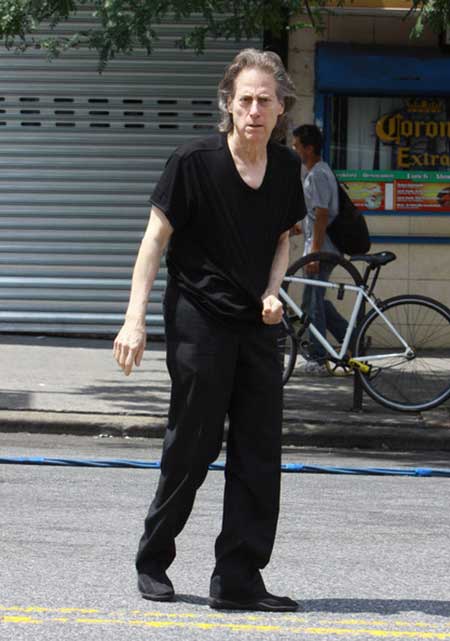 Take a look at the Interview of Richard Lewis;

Richard Lewis is married to Joyce Lapinsky. The pair shared the wedding vows in January of 2005 among their close friends and family.