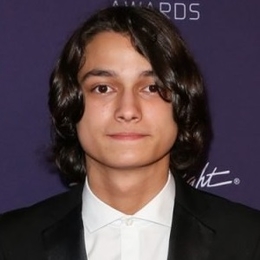 Rio Mangini is a hardworking and dedicated American actor famous for his role as McQuaid in the series Everything Sucks! He not only limited his skills on acting, but he also put his hands on music and composing. Mangini is just 17 years old, and within such a young age, he gained a wide success and earned name and fame throughout the world.

Is He Dating Anyone?

Rio Mangini gained fame at a young age for his outstanding and flawless performance on the screen. In addition to acting, his charming personality is also loved by most people. Any girl would fall for him and love to date him. 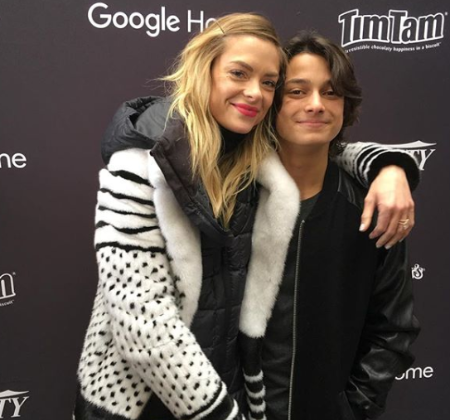 People often wonder whether the actor is already taken or still single. The fact is that Mangini is just 17 years old and he is too young to get married. Besides, he is in his tender age, and he may be dating the love of his life; however, he is yet to reveal the truth to the media.

Furthermore, there are no rumors surfaced on the internet about his affair. Similarly, if we visit him on social accounts, then we will get to see his social media walls being filled with photos and videos of his work. Mangini likewise shares pictures with his female co-stars, but he never admitted dating any of them. 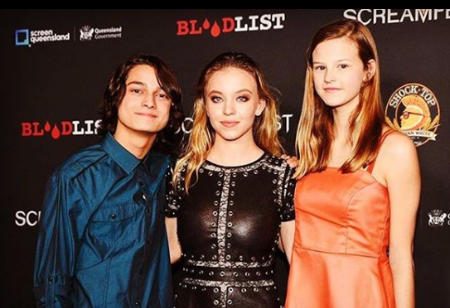 Rio Mangini with his Everything Sucks! co-actresses SOURCE: Instagram (@riomangini)

As of now, the rising star seems to be focusing more on his career rather than being involved in any stuff related to relationships. On the other hand, Rio may also be seeking a perfect partner with whom he can spend the rest of his life.

Since his childhood, Rio Mangini was an intellectual child. Mangini began playing piano when he was a child, and at the age of eight, he won the 2011 Cypress College Competition. Mangini, however, developed his passion on acting and made his debut in 2012, playing the role of Jax in a short film Six Letter Word.

He next starred in the series Marvin Marvin as Tom in 2013. The following year, Mangini got the chance to work in several projects, including The Garcias Have Landed, Kickin' It, Pizza Bear Delivery Challenge, and so on. 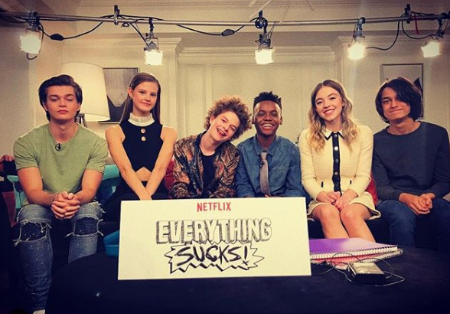 Rio Mangini and his co-stars from Everything Sucks! SOURCE: Instagram (@riomangini)

Rio rose to the stardom after portraying the character of Matt in the series Good Luck Charlie on its episode titled Good Bye Charlie. Similarly, he played the role of RyanRygan in the series Miles from Tomorrowland from 2015 to 2017.

Mangini also appeared on the series Bella and the Bulldogs from 2015–2016. He played the role of Ace McFumbles in 28 episodes alongside Jackie Radinsky, Brec Bassinger, Lilimar Hernandez, and others. In 2017, he played in two episodes of General Hospital as Oscar.

His other notable TV series appearances are in Lethal Weapon, Just Add Magic, Teen Wolf, etc. Further, in 2018, he played the role of McQuaid in the series Everything Sucks! alongside Quinn Liebling.

An American actor Rio Mangini gained a wide success within a short time. He is one of the renowned rising stars in the entertainment industry. So far, the multiple awards winning actor has portrayed in several hit movies and TV series.

Furthermore, there are also several upcoming projects of him. In the United States, an actor receives an average annual salary of around $45,000 to $57,000. Mangini has an estimated net worth of around $500 thousand.