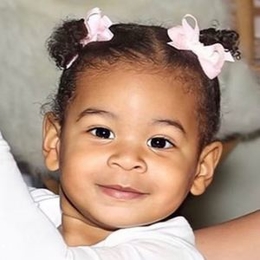 Rumi Carter is one of the two daughters of American Grammy-winning singer and performer Beyonce Knowles and her rapper husband Jay-Z.

Rumi Carter who is best known for being the child of singer and actor Beyonce and rapper Jay-Z was born in June 2017. And, in 2021, Carter turns four years old. Rumi is the twin child of her parents as she has a twin brother named Sir Carter. 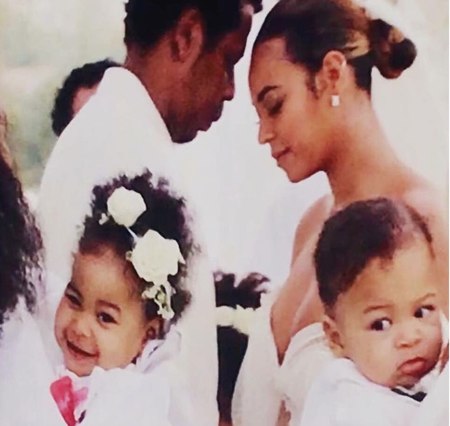 Rumi Carter and her twin brother Sir Carter alongside their parents, Jay-Z and Beyonce. SOURCE: Pinterest

Both Rumi and Sir were born through emergency C-sections after their mother suffered from toxemia and was in bed for over a month. Not to mention, Beyonce and her twin spent several weeks in NICU.

Rumi also has an elder sister named Blue Ivy Carter who was born in January 2012. Her sister has already followed in the footstep of her parents and tried out singing and even won the BET Award when she was only eight years old.

Net Worth of Rumi Carter's Parents

Born with a silver spoon in her mouth, Rumi Carter is the child of billionaire parents and never needs to worry about finances. After all, her mother Beyonce Knowles Carter is currently the most Grammy-winning female artist with 28 awards. 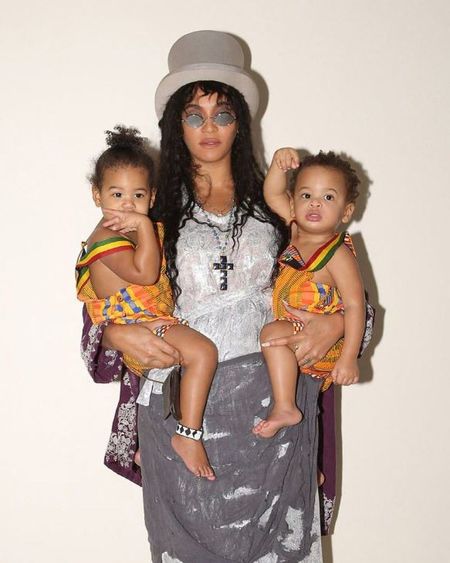 And, the former Destiny Child singer who worked as an actor on The Lion King, Obsessed, Dreamgirls, Austin Powers - Goldmember, Cadillac Records, The Pink Panther, and Epic holds a net worth of over $355 million.

As for Carter's father, Jay-Z who owned a majority stake in music streaming app Tidal has won 22 Grammy awards. And, the rapper accumulated wealth that is worth $900 million.

Rumi lives in both New York and Los Angeles where her parents own million-dollars worth apartment and a mansion worth $88 million in Bel-Air.