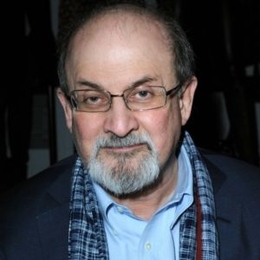 Salman Rushdie first tied the Knot in 1976 with Clarrisa Luard. Three years after the wedding, the couple welcomed a son named Zafar Rushdie. By the mid-80s, Salman started an affair with Australian writer Robyn Davidson and thus, Salman and his first wife divorced in 1987.

Rushdie's affair with Davidson did not last long, and he started dating American novelist Marianne Wiggins. The couple married in 1988 and divorced in 1993. A few years later, he married the third time. His third wife was Elizabeth West, with whom he remained married from 1997 to 2004. The couple shares a son named Milan Rushdie. 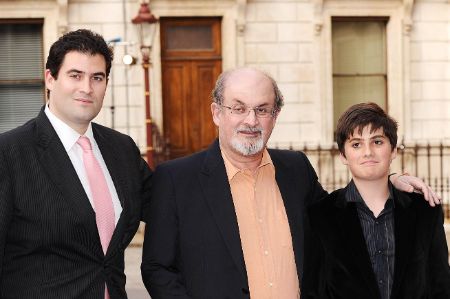 Salman Rushdie with his sons. IMAGE SOURCE: The Times

When Salman was still married to his third wife, he started an affair with model and T.V. personality Padma Lakshmi. The pair married in 2004 after dating for more than three years. Sadly, this relationship also did not last long as the couple divorced on 2 July 2007.

“It’s strange, given that I’ve been married four times, but I actually don’t think marriage is necessary,” 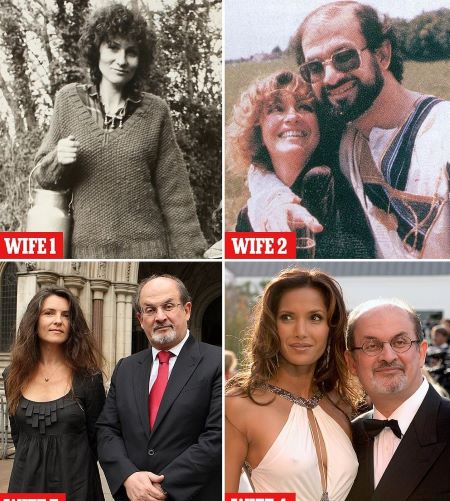 The novelist also added that girls want a wedding but do not want marriage. Also, girls like the wedding because of the dress.

Salman Rushdie's fourth wife, Padma Lakshmi, in her autobiography, described Rushdie as a demanding husband. She explained that he wanted her to be everywhere with him all the time. Also, she revealed that he demanded sex even though she was in pain because of endometriosis. 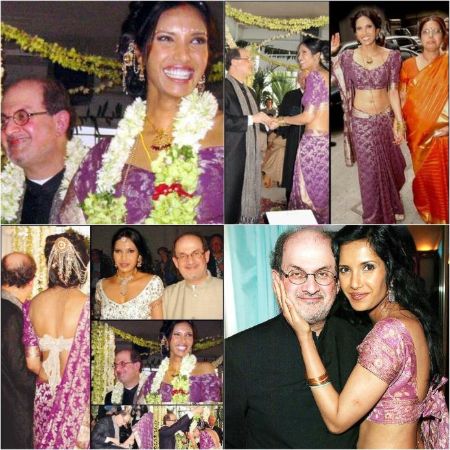 Lakshmi revealed that the last straw in their relationship was his behavior after her surgery. She discloses that Rushdie left for a work trip after a day she had five-hour surgery.

After leaving Rushdie, she dated Adam Dell with whom she now shares a 12-year-old daughter Krishna Thea Lakshmi-Dell. After the divorce from Lakhsmi, Salman decided he had enough marriage and never to make another vow again. However, that didn't mean he was cutting off himself from relationships.

Like his former spouse, Padma Lakhsmi, Salman has also moved on from her and has found someone new. The 74-year-old is dating poet Rachel Eliza Griffiths who is twenty years junior to him. 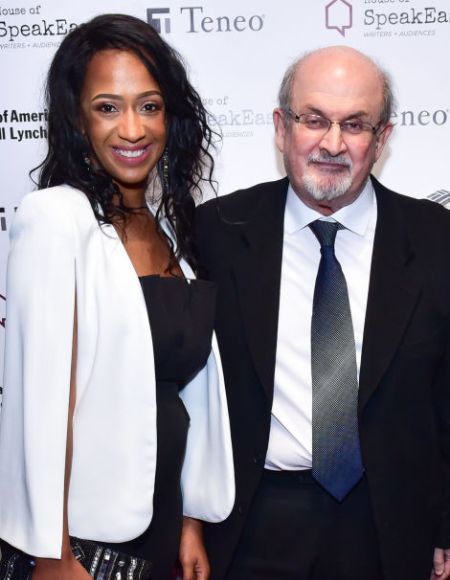 The couple is spotted together at various events, and it is reported Griffiths, who is a D.C. local, has now moved to New York, where her boyfriend resides. Not to mention, in an interview, when asked about the new woman in his life, Rushdie frankly told the interviewer to google it.

Salman Rushdie - Books and Net Worth

Salman Rushdie is multiple award-winning authors. As of 2022, he has published fourteen novels. His last novel Quichotte was published in 2019.

In addition to writing, he mentors young writers. He was previously a Distinguished Professor at Emory University and is now a Distinguished Writer in Residence at New York University. Also, Rushdie loves acting and often guest stars in various movies and talk shows. From his various profession, he has amassed a total net worth of $10 million.

Clarrisa Luard is the first wife of Salman Rushdie. They remained married for nearly a decade.

Marianne Wiggins is a American novelist. She is the second wife of Rushdie. They remained married only for a few years.

Elizabeth West is the third wife of Salman Rushdie. Their marriage broke up after he began dating Padma Lakshmi.

Padma Lakshmi is a model and Television Personality. She and Salman dated for three years before marriage.

Zafar Rushdie is the eldest son of Salman Rushdie. He has a younger half-brother named Milan Rushdie.

Milan Rushdie is the second son of author Salman Rushdie. He was born to Rushdie and his third wife.