Sandra Vergara is a Colombian actress who has worked in many Spanish TV series and movies. She also worked in Hollywood and featured in movies 'Fright Night' and TV series 'The Bold and the Beautiful'. She is also famous for being the adopted sister and cousin of famous actress 'Sofia Vergara'.

The Colombian actress Sandra Vergara is secretive about her romantic relationship. She likes to keep her romantic life away from the limelight and thus her love life is a mystery. Furthermore, she is not romantically linked with any of her co-stars too.

The actress, however, is open to sharing about her family and friends. She regularly posts pictures of her family. Check out the picture of her family during a celebration.

Sandra moreover is attached to her nephew Rafa Vergara, who is also her godson. Her Instagram is filled with pictures of him, like the one below:

In addition to giving time to her family, she is also focusing on her career. At present, she is playing the character of Emma Diaz in TV series Senores Papis which features stars like Aldo Miyashiro, Andre Silva and many more.

What is Sandra Vergara's Overall Net-worth? Know more about her Earnings and Salary

Sandra Vergara holds a net worth of $1.5 million- $2.5 million which she garnered through her career as a model and actress. The average annual earning of an actor in the USA is $50,110 but the earning increases up to $180,000 depending on the experience of the actor.

Vergara started acting at age 16 and starred in movie Days of Santiago. She continued to work in Tv series and movies in minor roles before landing her lead role in drama Chico de mi Barrio. Along with Sandra, the show also featured actors such as Nancy Cavagnari, Emilram Cossio and many more.

Vergara further increased her profile when she worked in Hollywood movie Fright Night with famous actors such as Anton Yelchin, Colin Farrell, and David Tennant. In addition to that, the film was a commercial success and earned $41 million against the budget of $30 million.

Sandra's popularity further increased in Hollywood when she played the character of Theresa Corazon in TV series The Bold and the Beautiful.

Sandra furthermore started modeling when she was 24 years old. She earns $38.9 thousand- $53.6 thousand yearly from her modeling assignments.

Sandra Vergara was born on September 11, 1988, under the birth sign Virgo. She was born and raised in Colombia. 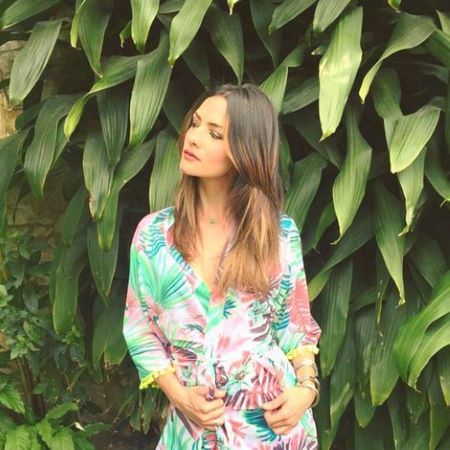 Vergara was adopted when she was one year old by her aunt Margarita Vergara Davila de Vergara because of her mother's failing health. Because of her adoption, she became the daughter of Julio Enrique Vergara Robayo and sister of  Sofia Vergara, Veronica Vergara, Julio Vergara, and Rafael Vergara. Her brother Rafael was murdered in 1988 in Colombia.

Vergara sister Sofia Vergara was the highest-paid TV actress in the USA in 2018. Her annual income in 2018 was $42.5 million. Through her, Sandra is sister-in-law to actor Joe Manganiello and aunt to Manolo Gonzalez- Ripoll Vergara.