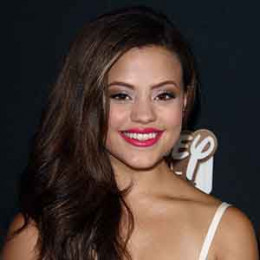 Canadian actress, Sarah Jeffery rose to fame as Amy Breslow from American mystery, science fiction television series, Wayward Pines. She is also known for her work in the Disney Channel original movie, "Descendants", and the NBC crime drama, "Shades of Blue". Since 2011, Jeffery is entertaining her audience through her versatile acting and great performance.

Sarah Jeffery was born as Sarah Marie Jeffery on April 3, 1996, in Vancouver, British Columbia, Canada. Her birth sign is Aries which defines her personality as initiative, fearlessness and a strong sense of self-belief. She has two siblings, a sister, and a brother.

Jeffery has a keen interest in acting, dancing, singing from her early days as she started performing since she was 3. She is of mixed ethnicity, Mexican from her father side and Italian descent from mother side.

Sarah Jeffery started her acting journey in 2011 in Cartoon Network television pilot, Aliens in the House. She got her major role in the DirecTV original series, Rogue.

Later, she landed the recurring role of Amy in Fox's sci-fi drama series, Wayward Pines starring Matt Dillon and Carla Gugino in 2015 which helped her to gain international fame. 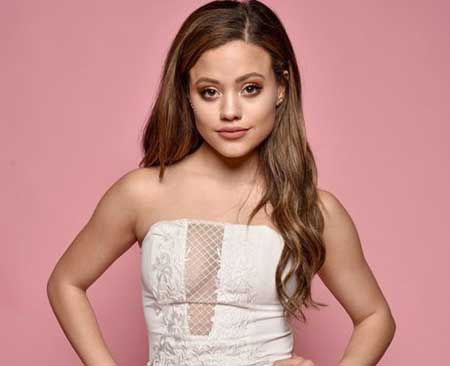 Some of her notable films include, Across the Line, Shades of Blue, Be Somebody, The X-Files, Daphne & Velma. Jeffery is busy with her upcoming ventures, Charmed, and Descendants 3 (set to release in 2019).

Sarah Jeffery is one of the rising Hollywood stars who gained massive popularity in the short span of her film career.

Sarah Jeffery who was single for a long time has found her perfect match. She is at the highest peak of her career which might have been the reason for her single relationship status. She is active on Instagram where she has more than 628k+ followers. But, not anymore.

As per her Instagram, she is a fun loving person and often went on vacation with her friends.

Jeffery is a vegan and she joined a Peta2 campaign called "Angels for animals". She often posts about animal rights on her social sites.

Check out the video of Sarah Jeffery,

Though she was reluctant to reveal further details about her boyfriend, she was pretty active on social media flaunting her attractive body figure. But, the truth is Srah Jeffery is dating boyfriend Nick Hargrove who is also her co-star on Charmed.