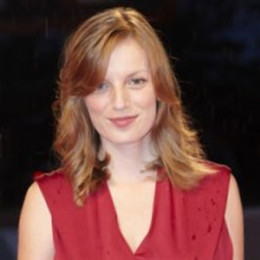 Sarah Polley is a Canadian actress, writer, director, and political activist best known for her performance in block busters like Road to Avonlea, The Sweet Hereafter, My Life Without Me, Away From Her and many others. She is a married to her husband David Sandomierski, a tutor of S.J.D program.

Sarah Polly was born Sarah Ellen Polley on January 8, 1979, in Toronto, Ontario. She is the youngest child among five siblings of actress Diane Elizabeth. She took the last name from her step father, Michael Polley.  Mark and Joanna are her older siblings whereas Susy and John from her mother’s first marriage.

Polly began her career at an early age of four with her appearance in Disney film One Magic Christmas. She then played in the Canadian TV series Ramona with the lead role from 1987 to 1988. As an incredible child star Sarah played in hits such as The Adventures of Baron Munchausen in 1988, and Road to Avonlea in 1990.

From 1996 to 1998 she featured in TV series Straight Up for which she won Gemini Award for Best Performance in a Youth Program. Her mesmerizing performance in The Sweet Hereafter in 1997 made her the fan favorite at the Sundance Film Festival. She then featured in the big-budget film Almost Famous in 2000.  Her work in 2003 film My Life Without Me gained her the Genie Award for Best Performance by an Actress in a Leading Role in 2004. The same year she was cast in the remake of Dawn of the Dead.

Sarah made her directing debut with the short film The Best Day of My Life followed by Don’t Think Twice in 1999. She is the recipient of the Genie Award for Best Live Action Short Drama for her film I Shout Love.

Her feature length film Away from Her debuted at the Toronto International Film Festival on September 11, 2006. She won the Genie Award for Best Achievement in Direction. She won the Claude Jutra Award which recognizes outstanding achievement by a first-time feature film director.

Besides that, Polly is also involved in political and social activism. She became the prominent member of the Ontario New Democratic Party. She also gave the nomination speech for the Kormos at the ONDP.

Sarah continually supported the Ontario Coalition Against Poverty. In 2001 she became the part of Free Trade Area of the Americas group. She directed a two-minute short film to support the Heart and Stroke Foundation of Canada in 2009.

Sarah is a married woman. David Sandomierski is her current husband. They met for the first time through a mutual friend in a get-together program. They started their relationship as friends which eventually turned into a marriage, as they tied the knot on 23 August 2011. After a year the husband and wife welcomed their first child Eve on 7 February 2012. They had their second child in 2014.

Previously, Polly was married to David Wharnsby, a Canadian film editor. The duo married on 10 September 2003 and divorced in 2008.

Sarah is one of the well-paid actresses in the industry. She earns a lucrative amount from both acting and directing. She holds the staggering net worth of $5 million. Her work Away From Her was sold to Lionsgate releasing in the sum of $750,000.

David Wharnsby is the ex-husband of Sarah Polley. The duo tied the knot on 10 September 2003 where as finalized their divorce in 2008.

David Sandomierski is the current husband of Sarah Polley. They married on 23 August 2011 and are still together.

Eve Sandomierski is the first child of Sarah Polley and her husband David Sandomierski. She was born on 7 February 2012.