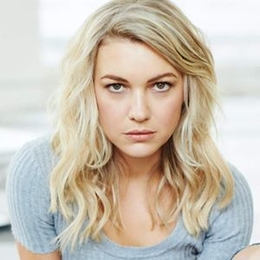 Growing up in the small region of Perth, never did Saskia Hampele thought acting would be her bread and butter one day. Her versatility and adaptability to roles are what separates her from the rest. In her acting career, the lady's noteworthy performances are in Neighbours, The Heights, and Blame.

Who is Soap Opera Actress Saskia Hampele's Husband? Does She have any Kids?

The talented Australian actress Saskia Hampele is happily married to her longtime boyfriend turned husband, Kayne Tremills. Her spouse Kayne is an Australian television show host and presenter known for his works in "Studio 3," "Splatalot!," "Bushwhacked!," and "My Great Adventure." 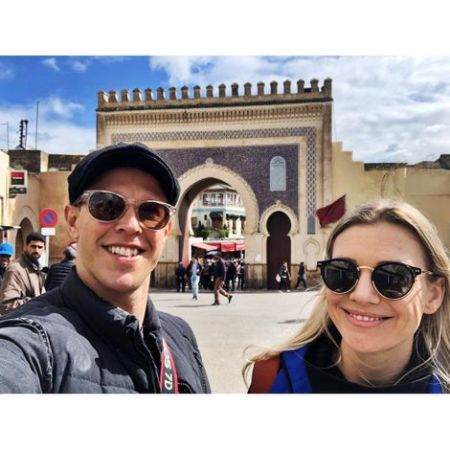 The duo began dating in December 2008 and was in a relationship for many years before tying the knot in the presence of their close ones in March 2015. The lovely pair has been living a happy life ever since.

The "Neighbours" star does not share any children with her partner. Furthermore, there has been no announcement by the couple on that matters yet. The pair looks to be taking their time before they could take on that responsiblity. 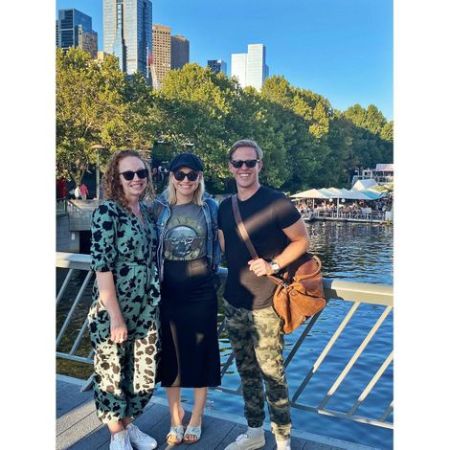 The 1.64 meters lady is often busy with her shooting schedule and splits her time between Melbourne and Los Angeles. However, whenever she is free, she likes to travel to various places with her hubby and family. Hampele gives an update to her activities through her social media.

Net Worth And Notable Performances

For instance, in the Australian television drama series "The Heights," she played the character of Renee Davies. The ABC series starred other stars like Marcus Graham, Roz Hammond, Shari Sebbens, Fiona Press, Dan Paris, and many others.

Check out the clip of "Neighbours," which has helped Saskia Hampele accumulate her fortune!

Saskia was also the regular cast member of Australian soap opera "Neighbours," portraying the character of Georgia Brooks from 2012-2015. During her time in the long-running series, she worked alongside Pipa Black, Meynne Wyatt, Tim Phillips, Sandy Winton, Calen MacKenzie, Ryan Moloney, Paul Keane, and many others.

Saskia has been glittering the Australian television world for years, but there is one aspect of her life that is often underappreciated i.e., her humanitarianism. As someone who holds an Honorary Bachelor's degree in Social Work, she has worked as a social worker and served as a counselor at The Reach Foundation and the Melbourne Royal Children's Hospital's cancer ward.

The 35-year-old acted as a celebrity ambassador for the 2014 Stella Fella campaign, where she helped raise awareness on sex trafficking and exploitation. Moreover, she also introduced the charity movement Makeup Free Me, which aims to empower young women through positive body image messaging. 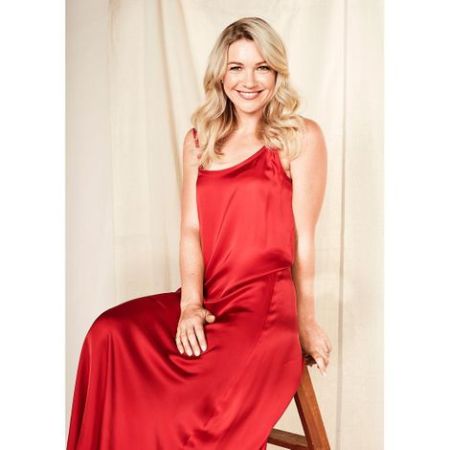 In 2017, Saskia launched the Gift Box initiative, which provided homeless women with necessary sanitary products. Through crowdfunding, the Gift Box campaign raised $45,000 to start up the enterprise. As a result, Hampele won the Judges' Choice award at the Women of the Future Awards for Gift Box in October 2017.

The celeb has become a role model for everyone around the world who hope to bring a change to the world for a better place no matter how small that contribution might be.

Saskia Hampele is married to her husband Kayne Tremills. Her partner Kayne is an Australian television presenter and host. He has a net worth of $500,000.