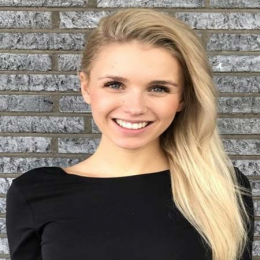 German model, Scarlett Gartmann is better known for appearing in the ad campaigns of the brands like Hyundai, Drykorn and Modeca Brautmoden. She rose to limelight after dating the popular German football player and Dortmund team captain Marco Reus.

Scarlett Gartmann is presently in a relationship with the famous German football player Marco Reus. The duo shares a good bond and has been together from a couple of years. Moreover, the pair is open about their relationship and frequently shares posts together in their respective social media accounts. 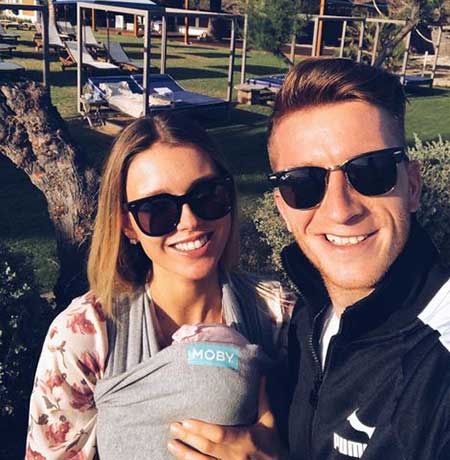 The pair first started dating in 2015, since then, they are spotted in many places together. Though the couple is rumored being married since 2017, they are yet to confirm on the matter.

Here's an image of the pair sharing a romantic kiss.

The couple recently welcomed their first child, who is a daughter. Reus, 29 and his girlfriend, 25, became parents in March 2019. Borussia Dortmund congratulated the duo via Twitter congratulating 'Papa Reus' for the good news.

Captain Marco Reus is officially the dad of a healthy daughter! Our warmest congratulations to Marco and Scarlett.

Here look at the first ever picture Scarlett shared of her daughter captioning 'Our little miracle' in the German language.

Gartmann once fell in controversy in late 2017 when she posted some promotional pictures of expensive handbags and watches on Instagram. As advertising products is illegal in Germany for citizens and for them who do not have proper tick marking in their Instagram. As for that, she appeared on the court after receiving a court order in 2017.

What is the Net Worth of Scarlett Gartmann? Know about her Earnings, Salary

Scarlett Gartmann's net worth lies somewhere between $100,000-$600,000. She gathered that fortune with the help of her modeling career. In addition, the average salary of a model lies is $42,900 annually.

She modeled for some of the famous brands like Hyundai. Besides, she also worked in the ad campaigns for brands like Drykorn and Modeca Brautmoden.

On the other hand, Scarlett's beau is a popular German football player who holds a net worth of $20 million. Furthermore, he currently plays for the Dortmund team as a captain where he first signed the 5-year deal at a price of $19.2 million. Being a millionaire, he owns several luxurious cars which he shares with his partner. 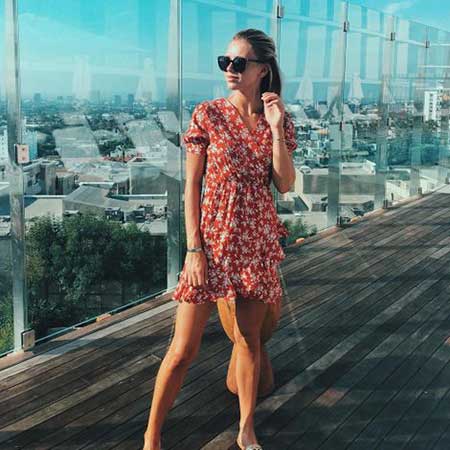