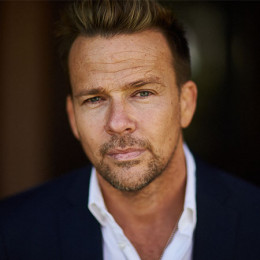 Sean Patrick Flanery is no new name in the entertainment world. Having spent more than three decades in acting, the dashing actor has his own reputation in the field. Moreover, he appeared in numerous television series.

Sean Patrick Flanery is living a blissful married life with Lauren Michelle Hill. His wife Lauren is a Playboy model.

The two started dating in 2008 and subsequently, after dating for about a year they tied the knot in 2009. 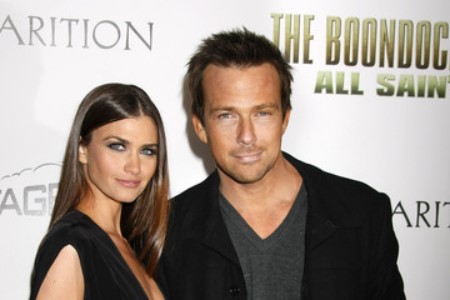 Since then the couple is living a happy life and there are no rumors of their split. Moreover, they also share two adorable kids, Charlie Flanery, and Porter Flanery from their marriage.

The Deadly Impact actor is active on social media platforms as well. He uses Facebook, Instagram, and Twitter where he boasts 238K followers, 53K followers, and 84.3K followers respectively.

Previously, the veteran actor was in a matrimonial relationship with the Canadian bakery owner Sacha Grierson. They walked down the aisle in 2004 in a small ceremony.

Just an FYI... everything is free today at Chuy’s in Texas... if you rock The King or Priscilla for E’s birthday. And obviously... we don’t fuck around when it comes to fucking around. TCB#TheyCameFromMyBalls

The duo even has a daughter Lola Flanery (Born May 26, 2005) from their relationship. Unfortunately, their marriage did not last long and after about two years, they separated in 2006.

How Much is Sean Patrick Flanery's Net Worth?

Sean Patrick Flanery possesses a decent net worth of $3 million. He made his substantial amount of wealth from his professional acting career.

During his illustrious career, he performed in many hit movies. For instance, his 1995 fantasy drama film Powder which was made on a budget of $9.5 million accumulated about $31 million.

Sean Patrick and Norman Reedus in an interview, check out the video!

In addition, Sean played the lead role in The Boondock Saints II: All Saints Day released in 2009. The American action thriller movie grossed $10.6 million against the production cost of $8 million. He starred alongside Norman Reedus, Clifton Collins Jr., and Julie Benzin the movie. 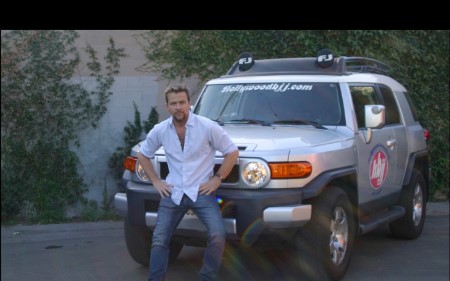 The Dexter star owns cars like 2008 Toyota FJ Cruiser and also his father's 1977 BMW 530i. With the name and fame which he possesses, he surely lives a luxurious lifestyle.

Sean Patrick Flanery is living a blissful married life with Lauren Michelle Hill. His wife Lauren is a Playboy model.

Sean Patrick Flanery was married to Sacha Grierson. The duo walked down the aisle in 2004. Sadly, they broke up in 2006.

Lola Flanery is the daughter of Sacha Grierson and Sean Patrick Flanery. She is an actress and was Born on May 26, 2005.

Charlie Flanery is the son of Sean Patrick Flanery and Lauren Michelle Hill. His father is a popular movie actor in Hollywood.

Porter Flanery is the son of Sean Patrick Flanery and Lauren Michelle Hill. His father is a famous movie actor in Hollywood.