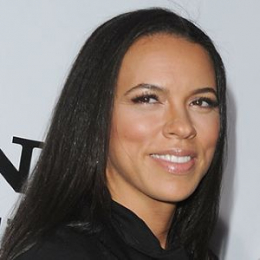 It is pretty normal to see people getting fame after marrying a famous partner. Shamicka Gibbs is no different who gained the wide interest of the public after she began a relationship with actor/comedian 'Martin Lawrance'.

The former reality TV star Shamicka Gibbs ended her decade long affair with Martin Lawrance in 2012. With the end of the relationship, many celebrity spouses fade away from the limelight. However, it was not the case with Shamicka as she made a name for herself in Hollywood.

Shamicka Gibbs is currently single. There is no hint on her social media accounts that might suggest she is in a relationship. Furthermore, there is no news of her linkup with anyone. She is rather busy raising her two children and living her best life with cooking and traveling.

The businessperson Shamicka was previously married to comedian Martin Lawrence.  The couple started dating in 1997, the same year when Martin got divorced from his first wife, Patricia Southhall. 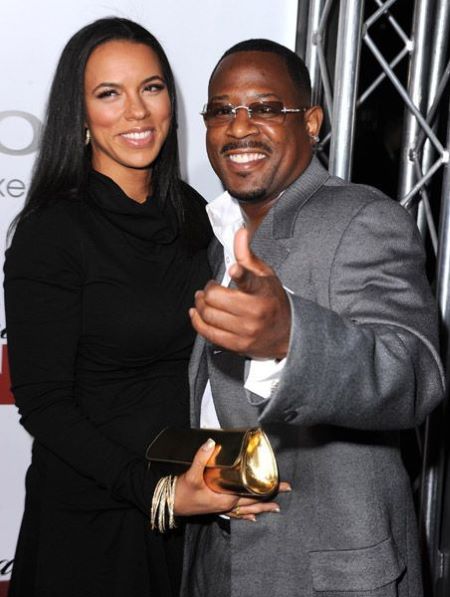 Months after dating, Gibbs welcomed her first child with her then-boyfriend. The pair's firstborn was a daughter Iyanna Faith Lawrence who was born on November 9, 2000. Two years after, the couple welcomed their second daughter Amara Trinity Lawrence on August 20, 2002. Moreover, their daughter Iyanna headed off to the prom on May 2019. Have a look at the picture:

After thirteen years of affair, the couple tied the knot on July 10, 2010. The wedding was held at Lawrence's Beverly Hills Home, in the presence of 120 guests. Actors like Eddie Murphy and Denzel Washington were also in attendance.

The wedding further was even more special as their daughters Iyanna and Amara alongside their half-sister Jasmine Page Lawrence acted as flower girl. Jasmine is Lawrence's daughter from his first marriage.

The wedding was beautiful; however, the marriage did not turn out to be that admirable. It is because Lawrence filed for divorce on April 25, 2012, after two years of marriage.

In the petition, Lawrence cited irreconcilable differences as a reason for separation and asked for joint legal and physical custody of the children. The couple even released a joint statement through their representative who stated:

"Martin and Shamicka Lawrence have decided to divorce. The couple has made the joint decision to part ways. Out of love and respect for one another, we will continue to remain friends and raise our two beautiful daughters together".

The details of the couple's split came into light when Lawrence manager Michael Greene spoke about the situation. In an interview with Hollywood Street King, the close friend of the couple, Michael stated:

“Shamicka came home one day and told Martin she wasn’t happy with their marriage."

"Martin let himself go, he’s gained a lot of weight, and he’s heavily drinking again. So Shamika told him just that…Martin told her ‘If you’re not comfortable living in a $23-Million house that I’m offering, you should get to stepping.”

Gibbs also split from her ex-husband was amicable, and they maintained a cordial relationship. They came together as a family, especially on significant events.

Our @jasmin_lawrence We are so proud of you and your many accomplishments in life. But are most proud of you for the exquisite young woman that you have become. I fell in love with when you were 10 months old. The gift of being your Bonus Mommy is one of the best gifts that God could have ever given me. The bond that we all have as a blended family is so unique and special. You are loved by so many because you love with a pure heart. I love you so [email protected] @martinlawrence @emmittsmith22 @effacebyroberta #blendedfamily #graduation #duke #thankful #preciousmoments #family #bonds

The exes Shamicka and Martin again come together for their daughter Iyanna's high school graduation.

The chef Shamicka Gibbs is diagnosed with auto-immune disease Lupus. The disease can be life-threatening, if not controlled. She manages her Lupus symptoms by adhering to a gluten-free diet and exercise. Besides, she also tries to maintain a stressfree lifestyle. Apart from Lupus, she has Celiac disease as well.

Lawrence is active on Instagram and Twitter, with 167 thousand followers and 22.3 thousand followers, respectively. She regularly uploads a picture of her travels and food. She moreover is also seen wearing luxurious brands, including Louis Vuitton. In addition to that, she also shares photos of her children as well.

Shamicka Gibbs is an American businesswoman and reality television personality. She accumulated a considerable net-worth from her professions.

Shamicka Gibbs Overall Net-Worth and Earning as a Chef

Shamicka's total net-worth is $5 million. She loves cooking and is making a living out of it. She owns a meal service business where she sells organic, gluten-free food, and Spices. The company also sells merchandise.

Check out her cooking skill in the video below:

The star also shares her cooking skills through an event called Cooking and Conversing. On average, the ticket for the event ranges from $14 -$1000.

Shamicka is a sucessful businesswoman who owns multiple spas across different locations like Sherman Oaks, Valencia, Palmdale, and Thousand Oaks. The name of her spa is called Message Envys, and she opened the ninth branch recently. 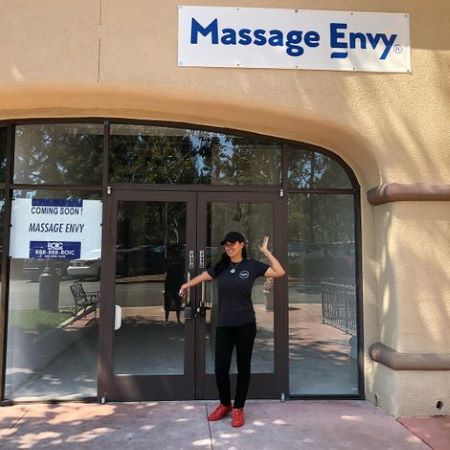 Shamicka Gibbs is showing off her spa. SOURCE: Instagram

The now businessperson joined the cast of the second season of the reality show "Hollywood Exes" soon after her divorce with comedian Martin Lawrence. Her fellow cast members include; Nicole Murphy, ex-wife of Eddie Murphy, Jessica Conseco, ex-wife of Jose Canseco, Mayte Garcia, ex-wife of Prince, Sheree Fletcher, ex-wife of Will Smith, and Andrea (Drea) Kelly, ex-wife of R. Kelly.

The exact salary of Shamicka in the show is not known; however, it was reported that Andrea Kelly was  paid $10,000 per episode. So, Gibbs paycheck for the show must have been in a similar range.

The star was previously married to actor, comedian, producer, talk show host, and writer Martin. He holds an overall net-worth of $110 million.

Lawrence holds multiple properties throughout the nation. Currently his Purcellville, Virginia home is for sale for $8.5 million. The house is spread on a 120-acre land and consists of 5 bedrooms and seven bathrooms.

Similarly, the actor sold his Beverly Hills home in 2013 for $17.2 million and bought another house in Encino, Los Angeles for $6.63 million. 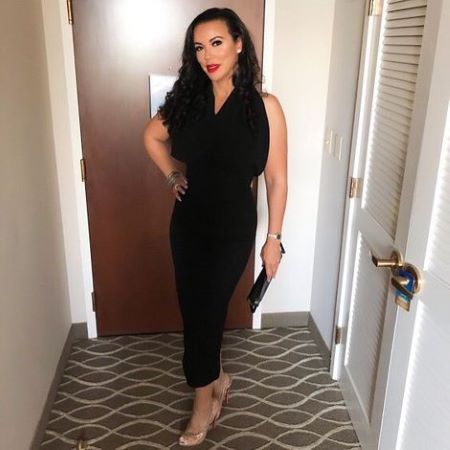 Shamicka Gibbs is getting ready for a party. SOURCE: Instagram

Martin Lawrence is an actor and comedian. He and Shamicka Gibbs dated for thirteen years before tying the Knot.

Iyanna Faith Lawrence is the child of Shamicka Gibbs and Martin Lawrence. She has a sister and a half-sister.

Amara Trinity Lawrence is the child of Shamicka Gibbs and Martin Lawrence. She has a sister and a half-sister