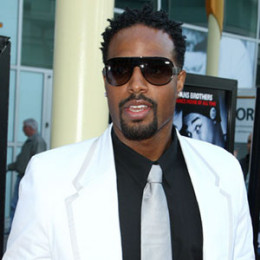 Shawn Mathis Wayans is an American actor who is famous for his work in White Chicks and Little Man. He was born in New York City, United States and grew up in the Manhattan neighborhood of Chelsea. Shawn graduated from Maynard Rustin High School in humanities in the year 1989 before taking up a career on the silver screen. He has also established himself as a DJ and a writer.

Well, Shawn seems to be a very private person and doesn't share much about his affairs. He may be married but the details about his wife or when and where they married are not known to the media.

Though there is no detail about his marriage, it is well known that Shawn is a father of three children; two daughters, Laila Wayans, 20, and Illia Wayans, 16, and a son, Marlon Wayans, 13. Marlon is named after Shawn’s younger brother, as the two brothers made a pact to name their kids after one another. Marlon too has two children, Amai Zackary Wayans and Shawn Howell Wayans.

In an interview, Shawn has openly talked about his parenthood and how blessed he feels every day. In an interview back in 2007, he stated, though it is like a blessing waking up next to them, it often becomes quite difficult to handle.

He also mentioned how naughty his son is and some times it really takes a toll.

His eldest daughter, Laila is carving her own path all by herself. She is the co-founder of own line of clothes and music production named 1321bleach, based in New York. Laila along with Westy Perkins runs the whole company.

Her father Shawn is quite proud of his daughter as she is moving forward in life with her own artistic choices. Furthermore, she is also a big-time Dj and her genre includes modern trap, SoundCloud electronic subgenera, PC, metal, emo, and experimental glitch. Both Laila and Westy are working towards bringing a new class in current pop culture.

The estimated net worth of Shawn is $30 million dollars which is no surprise considering his successful career.  He's appeared in a number of movies and TV shows to date. Shawn starred in some of the massively hit pictures too.

His movie, Dance Flick as the Daddy of Baby is able to collect $32,220 million at the box office. Similarly, his next successful movie is Little Man. It grossed $101,640,000 at box office.

Apart from acting, he's a fine producer, D.J. and comedian as well. The 48-year-old pocketed $33,290,000 from the sales of the video Little Man. As a whole, the Wayans family has an estimated net worth of $18 3million.

Wayans started his career in 1988, made his first appearance in “I’m gonna get you Sucka” which was one of the films that were written and directed by his older brother Keenen.

Shawm’s professional life rose to fame when he started working more in movies, and his first big break was with the film “Scary Movie” which he co-wrote. Besides his remarkable roles, Shawn was also the core creator of “Thugaboo” a children television series that started in 2006.

Shawn is the ninth child of ten siblings of Elvira Alethia, a homemaker, and social worker and Howell Stouten Wayans, a supermarket manager.

Stay updated with MarriedWiki for all the latest biography about your favorite celebrity!!!

Shawn is a father of three children two daughters and a son. One of her daughter's name is Laila.

Shawn Wayans second daughter's name is Illia. The detail about her birth date is not available.

Marlon is the only son of Shawn. Marlon is named after Shawn's younger brother, as the two brothers made a pact to name their kids after one another.