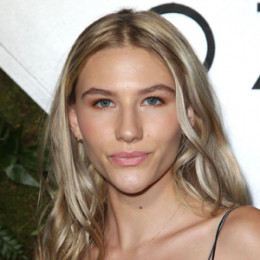 Sofia Hublitz is one of the very few actresses in the television industry whose fame rose to the prominent level in a short period. She made her TV debut as a contestant on the U.S season 1 of Master Chef Junior. Now she is most known for her portrayal of moody teenager Charlotte Byrd in the TV series Ozark.

Sofia Hublitz was born on 1st June 1999 in Richmond, Virginia, the U.S under the birth sign of Gemini. She is American and belongs to Caucasian descent.

She is the daughter of Keiran Lawrence Gaughan and his wife. She has one another sibling. As sad as it may be, her father recently passed away. She announced the tragic news via her Instagram account in which she stated how she misses her dad and loves him.

Hublitz is a young actress rising to the stardom of Hollywood. She made her screen debut in the series Masterchef Junior season 1.

She secured the 8th position in the competition. Afterward, she dropped out her dream career of being a chef and started acting in TV series.

Likewise, she made her appearance for the first time in series Louie playing Danielle Hoffman in 2010. 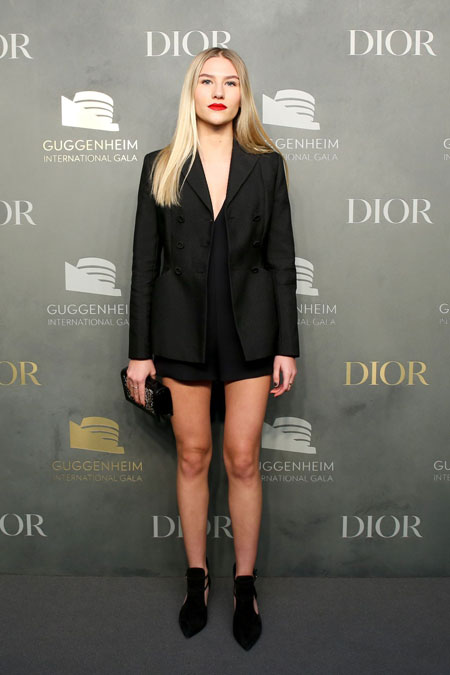 Her fame rose to a prominent level after appearing in the series Horace and Pete in 2016. The same year, she signed the contract with United Talent Agency (UTA) after being signed by the agencies like Jordan, 3 Arts, and Gill & Dornbaum in the past.

As of now, she is portraying the role of Charlotte Byrd in Netflix series Ozark alongside Jason Bateman and Laura Linney.

Besides that, a musical group named Backlash released the audio entitled Where Are Pomegranates which includes a phrase that she said during the Master Chef Junior. The audio became a hit on social media.

The rising star Hublitz, 19, surely must have made decent money from her appearances in different series.

Currently, she is a regular in the series Ozark. Her net worth is certainly not less than six figures. She earned approx. $75,000-$80,000 from her appearances in TV series.

The beautiful blonde Sofia Hublitz is a single woman. Even though she is seen hanging out with her male friends she is not involved in any kind of relationship yet. As of now, she is fully concentrated to build up her career with no time to make a boyfriend and be in a relationship.

She has one pet cat named Dante and one dog. She is one of those people who raised their voice against the gun policy of the USA. During her time in high school, she wrote an open letter to the former President of the United States, Barack Obama, on her views about the gun policy.

For her surprise, the President also wrote her back which surprised her. She even posted a picture of the letter and showed her appreciation of him.

Hublitz is private about her dating life so, we are still in dilemma whether she has a boyfriend or not. She posted an image with a guy named David Gagliardi on 8 February 2019 wishing him "Happy Birthday".


happy birthday @davidagliardi i think you’re the absolute best and i love you.

She clearly stated in the caption how much the person is important for her. Still, it's not sure that the guy is her soulmate as neither of them spoke on the very matter yet.