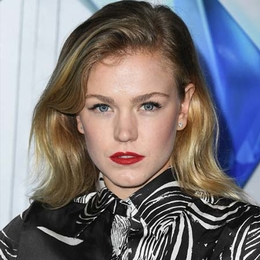 Despite a daughter of billionaire Andrew Forrest and Nicola Forrest, Sophia Forrest went on to build her career in acting in her own. She made her acting debut in 2014 in the TV series, Love Child. Since then, she is active in the industry and is doing well with her career.

Sophia Forrest is neither married nor dating anyone so, as of now, the star is single. But years back, Forrest was rumored to be dating with a famous actor, Russell Crowe.

The rumor started to swirl after they walked the red carpet together at the Sydney premiere of The Mummy. Forrest then posted a picture with him on her Instagram due to which they were speculated as boyfriend and girlfriend.

Rolling down the river Lea - @adele thank you for the most inspiring, powerful and magical music

The couple, moreover, were spotted attending a Sydney concert together and seemed like enjoying each other’s company. In addition, when the star attended Vogue Fashion Night Out, the media asked her about the relationship with Crowe. She was asked, ‘’Do you want to shut down the speculation?’’ the star did not deny and just walked away. 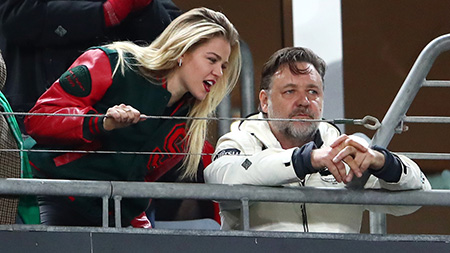 Previously, Russell denied the rumor and on the Woman’s Day, he slammed on Twitter for suggesting he and Ms. Forrest were in a relationship. He wrote,

“Dear @WomansDayAus. Can you not stuff your s**t-filled pages with deliberate lies about relationships I’ve never been in? Thanks in advance”

With all this evidence, the couple is not dating and is enjoying their life. Apart from the relationship, the star is active on social media where she posts several ravishing pictures. Her Instagram account has more than 8k followers as of 2019.

Sophia Forrest is active in the field of acting for years and she might definitely make a good fortune. The star has the net worth of not less than $500 Thousand as of now. As of now, the star is working in the upcoming movie, Ride Like a Girl from where she certainly collects an impressive salary. Forrest, moreover, has many upcoming projects from where she will surely make a good fortune.

Three hours on, one hour off. After a seventeen hour shoot day, several showers were needed to wash off the leftover glue.

When it comes to her billionaire father Andrew Forrest, he has the net worth of around $7.3 Billion. Her father makes such a huge amount from his business career.

Aquaman LA Premiere last night! Crazy fun, epic film and so good seeing everyone again! Get your tickets and go see this film and try and guess which fish face is mine!