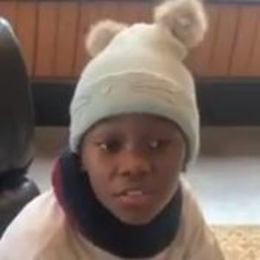 Often seen on her mother's Instagram page, the fun-loving and talented Stelle Ciccone is the adopted daughter of American singer Madonna.

Stelle Ciccone is one of the youngest daughters of singer and actress Madonna. Stelle who celebrates her birthday along with her town sister Estere Ciccone was adopted by the Grammy Award winner in 2017 when they were only four years old. 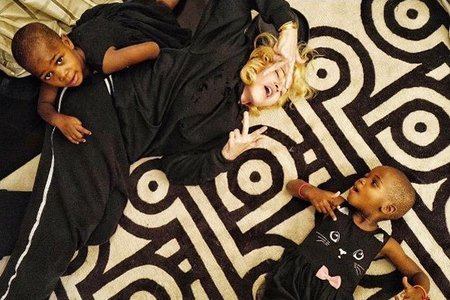 The procedures to adopt Stelle and her twin sister Estere, however, begun two years before they were legally submitted to Madonna with parental rights. Stelle's biological father Adam Mwale couldn't financially support raising his daughters after the death of their mother and thus, he handed them to an orphanage.

Stelle's mother died shortly after giving birth to Stelle and Estere. But, it was a decision of God, because, at the orphanage in Malawi, they found their way to Madonna who has been taking care of them ever since 2017. 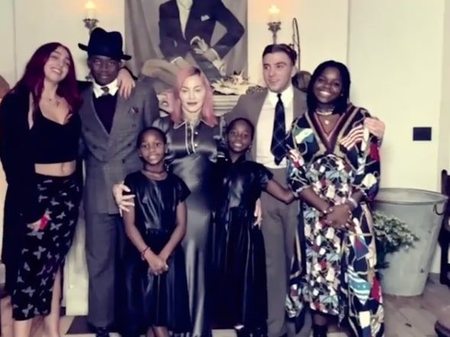 Stelle Ciccone and her family, including her mother Madonna, brothers and sisters. SOURCE: Instagram

Besides, Stelle also has two elder sisters named Mercy James, Lourdes Leon, brothers named David Ritchie and Rocco Ritchie. Lourdes and Rocco are the only biological children of Stelle's mother whom she shares with her previous husbands.

Net Worth of Stelle Ciccone's Mother

From the videos and pictures shared by her mother aka Madonna on her Instagram page, there is no doubt that Stelle Ciccone won't follow in the footsteps of her mother. Stelle is a rockstar.

Stelle can already sing and is always seen performing in front of her siblings on her mother's Instagram page. Although it's not already decided what profession Stelle will pick, she will surely do great with her future.

On the other hand, her mother is the official Queen of Pop who rose to popularity in the eighties and has contributed to both music and the movie industry. The philanthropist is estimated to hold a net worth of more than $900 million.