The former Basketball player Stephon Marbury and his wife Tasha Marbury tied the knots on September 14, 2002. It was reported that the lovebirds dated for some time before their marriage. However, he has not disclosed the information like when and how did the two meet. 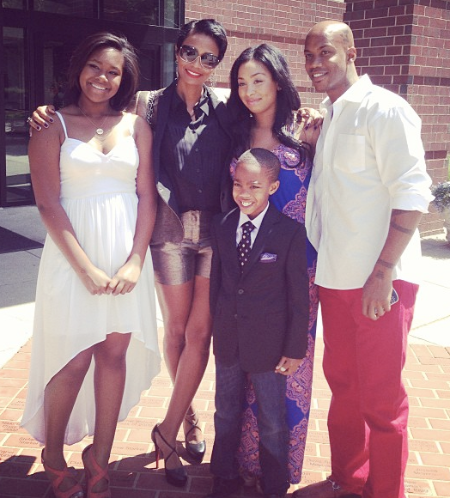 Before Stephon had a relationship with Tasha, he was dating his high school sweetheart, with whom he has a daughter named Stephanie Marbury. After Stephon and Tasha exchanged vows, they were blessed by two kids: Xaviera Marbury and Stephon Marbury Jr. Even though Stephanie belongs to another woman, the couple has been raising all three kids. 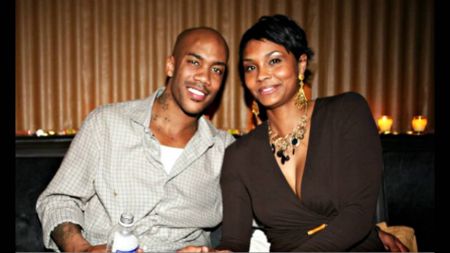 Tasha has always proved to be a perfect wife as she defended him through different allegations from the different women and also ignored his mistakes. The NBA star had been through some alleged affairs despite that she never left him. So, there is no sign; the lovey-dovey duo will get a divorce.

In 2012, the athlete was accused of his Chef named Thurayyah Mitchella, claiming that he sexually harassed her at the time she was working with him. Later. she filed a complaint against him. However, Mitchella dissolved the case after Marbury paid her $1million to shut her mouth. Besides, his wife ignored everything and said, "We all make mistakes."

Mitchella's allegation case was not the last for Marburys, again a year later, the pair had to file a lawsuit against a woman named Monet Merchand. The complaint was Monet had been stalking him and his wife for a while. And they sought police protection from the women. Later, Stephon and his spouse were shocked when Monet instead accused them of stating that Tasha was harassing the women to harm her and her friend physically. Moreover, Merchand said that she didn't reach to the media being afraid of Mr. Marbury. Though the police had gone through some investigations, the case was dismissed, plus no further updates on the incident were found.

Why did Stephon Marbury End his NBA Career?

Stephon Marbury seemed always doomed for glory. He has achieved this, just not in the way anyone was expecting it. Marbury was so good as a prospect that he gained the nickname "Starbury" in Brooklyn. During his senior year, he was named Mr. Basketball of New York and praised as the next great point guard to respond to the state. 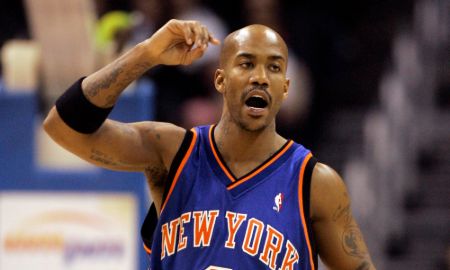 Marbury stat the 1996 NBA draft and was selected fourth overall by the Milwaukee Bucks, who then sold him to the Minnesota Timberwolves for the draft rights to Ray Allen and a future first-round pick. He formed a formidable relationship with the fellow young star, Kevin Garnett, once Marbury arrived in Minnesota. The pair seemed to give the young franchise (the Wolves had been in existence only for seven years when Marbury was drafted) the talent base needed to build a winning team.

The initial signs were favorable. In the 1996-97 season, Marbury made the All-Rookie first team, and the next two years, Minnesota made the playoffs. But in 1999, the fundamental defects of Marbury showed themselves. Despite News that he was jealous of the success of Garnett and the new deal, Marbury requested a trade away from Minnesota. His career at the NBA has never recovered from that error. He remained in the league for another ten years but spent much of that time playing on poor or ugly bad teams (Marbury 's teams only made the playoffs three times during that period), and he built a reputation in the locker room as a troublemaker, particularly during his tenure with the New York Knicks.

At the time he dropped out of the game, Marbury was best known for the 24-hour livestream he ran (years before this tool was used to help people work from home) where he wept as he answered questions and ate a jar of Vaseline. (He later admitted he was depressed and suicidal at the time of the video.) To lift Marbury's profile, something drastic had to be done. Likewise, in the far east, he found his salvation.

The relationship between the NBA and China is now quite normalized. Players of Chinese descent such as Yao Ming and Jeremy Lin have achieved various levels of state stardom, and an offhand tweet from a famous executive can have severe implications for the financial future of the league. 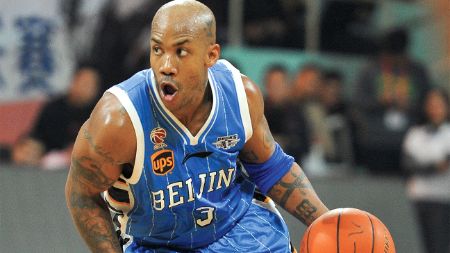 But when Marbury revealed he'd be playing in the Chinese Basketball Association, most people thought it would be a disaster. Marbury then was valued to the degree that most athletes would only ever dream of achieving. Marbury has made history with the Beijing Ducks after he failed to reach the playoffs with the Shanxi Zhongyu Brave Dragons and also the Foshan Dralions.

Within four years, the Ducks have won three titles. The feat was so remarkable that outside of their stadium, the team made a life-size statue of Marbury. He has become so popular there is also a play, stamps, and a museum based on the life and likeness of Marbury.

Chinese fans not only love Marbury for his on-court performances but also his philanthropic work. He has helped raise money to build schools and combat leukemia. In 2015, he was named the top 10 model citizens of one Beijing. Since then, Marbury hasn't stopped working for the public. He recently took a deal with a Chinese supplier to bring 10 million N95 masks over the coronavirus crisis to New York.

Stay in touch with marriedwiki.com for more biographies, Articles, and News.

Tasha Marbury is the television personality, who appeared on the fifth season of the VHI reality show, Basketball Wives. She is married to Stephon and bore two kids.

Stephanie Marbury s the eldest child of Stephon with his high school sweetheart. However, the name of her mom is not disclosed.

Xaviera Marbury is the second child of Stephon with his wife, Tasha. And Tasha's first child.

Stephon Marbury Jr. is the youngest kid of Stephon with his wife, Tasha. However, more information about him still to be disclosed.