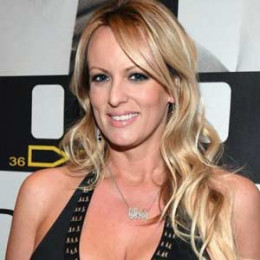 Stephanie A. Gregory Clifford professionally known as Stormy Daniels is a popular adult actress, stripper, screenwriter, and director. She has become a member of XRCO Halls of Fame. She is the proud mother of a daughter with ex-husband Brendon Miller.

Daniel sued Donald Trump and his attorney Michael Cohen in January 2018 claiming that the nondisclosure agreement which Trump never signed regarding their alleged affair and his attorney has been trying to intimidate her.

Stormy Daniels was born Stephanie A. Gregory Clifford on March 17, 1979, in Baton Rouge, Louisiana, the U.S. to Sheila and Bill Gregory.

She was just 3 or 4 years old when her parents had divorced and subsequently raised by her mother.

Daniels is American and belongs to the White-American ethnicity. She used the alias Peggy Peterson in court documents.

Daniels attended Scotlandville Magnet High School in Baton Rouge and earned her graduation in 1997 to become a journalist but later she opted out. During her high school days, she used to work at riding stable which includes answering phone calls.

Stormy Daniels started her career as a stripper at the age of 17 at the Gold Club in Baton Rouge. Later she became a featured entertainer with Continental Theatrical Agency. She changed her name from Stephanie A. Gregory to Stormy Daniels to show her love for Nikki Sixx, bassist of Motley Crue whose daughter name is Storm and she chose the last name after seeing a Jack Daniels' ad.

During her profession, Daniels met Devon Michales who is known for lesbian scenes and she accompanied Michaels to her Wicked shoot. The duo worked together in Sin City scene, American Girls Part 2.

In July 2002, she starred in the feature film, Heat where she did her first lesbian scene. She won the Best New Starlet Award from Adult Video News in 2004. 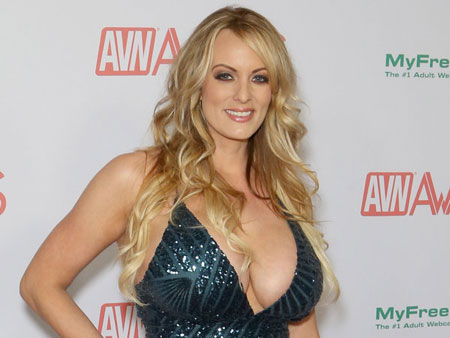 Stormy appeared in the movie Dirt on the FX Network as a stripper in early 2007. The same year, she featured in Maroon 5's music video "Wake Up Call" as a pole dancer.

In 2010, a number of fans suggested Stormy Daniels run against Republican Senator David Vitter in Louisiana and the recruitment process was centered around the website DraftStormy.com.

She then formed an exploratory committee in May 2009 after inspiring from revelations about "Vitter's connections to a prostitution ring". After three months of campaign her manager's car was blown up, fortunately, there was no one in the car at that time.

In April, Daniels announced she will be the part of Republican candidate after Republican National Committee (RNC) declared they will pay expenses for fundraisers at a "lesbian bondage-themed nightclub" in Los Angeles. She also said she has been a registered Democrat throughout her life but now her libertarian values were best espoused by the Party.

Daniels has made several tours around Louisiana to focus on the economy of the state to look after the women in business and child protection as the campaign for the United States Senate.

Daniels even stated she would prefer to retire from the adult industry if she gets elected. Later she dropped out because according to her "the media never took her candidacy seriously" and she couldn't afford a run for the Senate seat.

Stormy Daniels' has an estimated net worth of $2 million as per celebrity net worth. She made a quite impressive sum from her appearances in adult movies. Usually, the salary of the adult actress ranges between $98k-$190k but Daniels is active in the industry for more than two decades, so her salary is more than the average salary.

Daniels received $130,000 from Donald Trump’s personal lawyer, Michael Cohen to remain quiet about her affair with Trump for years and denying rumors in 2011. Later she offered to return the money but Trump lawyer insisted she has to pay $1 million fine per violation as part of the agreement if she spoke publicly about it.

Stormy Daniels is married to adult film producer and musician Glendon Crain aka Brendon Miller. The duo exchanged vows in 2011 in an intimate ceremony. The couple is blessed with a daughter. 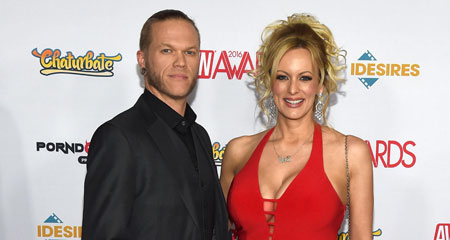 Previously she was married to adult actor and director, Pat Myne in 2003 but the couple failed to handle their love life and split apart in 2005. Then she tied the knot with Mike Moz but just like her previous relationship this one also ended on a sad note (2007-2009).

In 2009, she was arrested for domestic violence against her husband, Mike after she allegedly hit her husband during a dispute about laundry and unpaid bills at their home in Tampa, Fla.

On January 12, 2018, daily newspaper, The Wall Street Journal reported US President, Donald Trump personal attorney, Michael Cohen paid $130,000 to Stormy Daniels in October 2016 to keep her alleged affair with Trump secret just before the presidential election. First, he denied the rumors but later he stated,

"In a private transaction in 2016, I used my own personal funds to facilitate a payment of $130,000 to Ms. Stephanie Clifford."

Daniels sued Trump on March 6, 2018, and she claimed he hadn't signed the nondisclosure agreement which she signed in reference to their alleged affair. She also claimed, Trump attorney tried to intimidate and threatened her.

On March 25, she made headlines after she gave a highly-anticipated interview on Anderson Cooper's 60 Minutes. In an interview, she claimed she had an affair with Trump in 2006.

The duo had unprotected sex and he promised Daniel to offer a role on his TV show, Celebrity Apprentice. They first met at a celebrity golf tournament in Lake Tahoe.

Daniels also stated she was threatened by an unknown man in 2011 after she agreed to sell her story to the magazine. The man even tried to threaten Daniels by her daughter support stating that,

"It would be a shame if something happened to her mom."

The incident left her very disturbed and she was too frightened to ask help with police. She mentioned, Trump told her not to worry about his wife, Melania Trump because they share different rooms and she viewed her marriage with Trump as primarily a business deal.

She said, at that time she declined the number of  ‘large paydays’ because she wanted to keep her alleged affair private.

After the revelation of Daniels incident, FBI agents raided Michael Cohen's office on April 9 and they seized emails, tax documents and all business records relating payments to Daniels.

Daniels again filed a lawsuit against Trump on April 30 because he called her statements "fraud" which relates to Trump's statement on twitter which said,

"Clifford had invented the story of the man who threatened her after she decided to tell journalists about their affair".

Later she offered to return the money in order to speak about her alleged affair with Trump.

Mike Moz tied the knot with Mike Moz in 2007 but due to some personal issue they split in 2009.