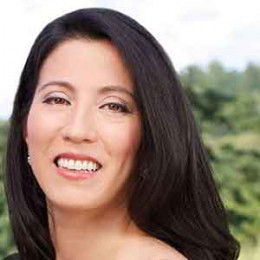 The pharmacist Tamiko Bolton is best known for being the wife of Hungarian billionaire George Soros. He is a businessman, investor, entrepreneur, financier, Trader, and Analyst. Bolton is an entrepreneur and consultant who worked in the health and education sectors. She, later on, launched an Internet-based dietary supplement and vitamin sales business. Bolton is also the partner of her husband's company named Soros Fund Management Firm and takes parts at world economic events.

Tamiko Bolton was born to a Japanese American nurse and a retired naval commander in California in 1971. As for her educational background, she attended the University of Utah from where she graduated with a bachelor degree. 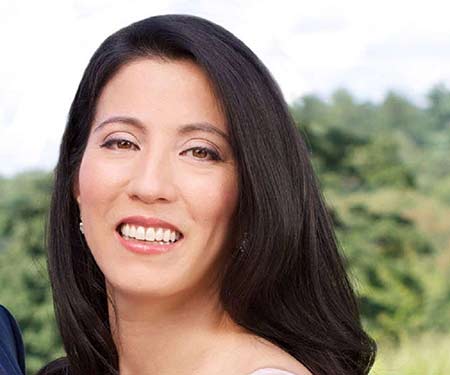 Then for her Master's degree, she enrolled at the University of Miami and earned an MBA degree.

Tamiko Bolton is professionally a licensed pharmacist who first started her career as an entrepreneur and consultant. She worked in the health and education sectors. Later on, she launched an Internet-based dietary supplement and vitamin sales business. Bolton is very business-minded and has been involved in many sectors in her life.

She began an advising project on the development of a web-based yoga education platform. Bolton is also the partner of her husband's company named Soros Fund Management Firm and takes parts at world economic events.

Tamiko Bolton is a pharmacist whose's net worth is not estimated. Her billionaire husband George Saros has a whopping net worth of $8 billion and $8.3 billion according to The Richest and Forbes respectively. In 2013, from his Quantum Fund, he earned $5 billion.

Their company Soros Fund Management Firm managed $30 billion including Soro's personal assets of around $25 billion. Soros is a hardcore philanthropist and does huge donations. He donated an amount of $500 million for the Syrian refuses.

He even sold $100 billion worth Pound Sterling at one time which earned him a profit of $1 billion. Since Soros deals with billions he is known amongst the World's most successful self-made billionaires.

The pharmacist Tamiko Bolton is married to Hungarian billionaire George Soros who she first met at a dinner party in 2008. It is his third marriage as he had already been married twice before exchanging vows with the pharmacist. He is a businessman, investor, entrepreneur, financier, Trader, and Analyst.

Soros is best known as the man who broke the bank of England in 1992 during the Black Wednesday UK Currency Crisis.  After their meet, they became pretty close and started dating soon. Soros is 42 years older than Bolton.

It was in 2012 when he proposed to her while they were spending their weekend in the Hamptons, a summer beachside colony on Long Island. They announced their engagement in August 2012 at a summer house party hosted by Soros in his house in Southhampton, New York. Bolton's engagement ring was a Graff diamond in Platinum with a rose gold band. 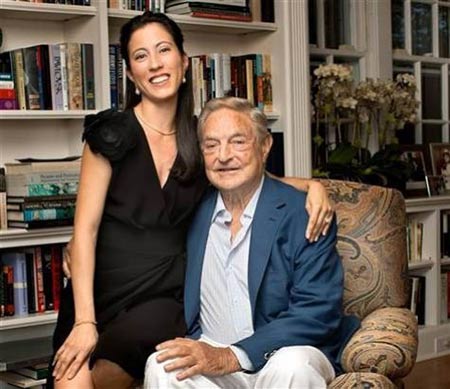 Later in September 2013, the couple finally exchanged their vows and became each other's soulmates at Bedford, New York, Estate. On the occasion, Bolton was wearing Lebanese fashion designer Reem Acra's gown whose gown has been frequently worn by many famous stars including Jennifer Lopez and Angelina Jolie. It was Bolton's second marriage as she had already been married in the 1990s.

Besides, her husband Soros tied the knot two times already and it was his third marriage to Tamiko Bolton. He was married to Annaliese Witschak (1960-1983) and later to Susan Weber (1983-2005). The marriage was attended by high officials like Prime Minister of Albania, president of Estonia, World Bank President Jim Young Kim and so on.

The couple held their reception at the Caramoor Center for Music and the Arts while their other reception took place at the Museum of Modern Art in Manhattan. They had requested the guest to donate for charitable organizations instead of buying them gifts. Bolton is living a prosperous life with her husband. They don't have any children together.

Bolton isn't active on social media sites and lives a low key life away from the media. She stands a height of 5'4 feet and has a well-maintained body.

In 2011, Bolton was caught in a controversy when her husband's ex-wife Adriana Ferreyr involved her in a legal case of the property distribution of her husband. Ferreyr was not happy with the fact that the Manhattan property of $1.9 million which he had initially promised to give her was handed to Bolton.

She was very furious and filed a case against her ex-husband and during the case became violent hitting Soros and other lawyers. To end this case Soros filed a pending motion.

Here is a video of Tamiko Bolton and her husband George Soros.

The couple exchanged their vows in September 2013 and became each other's soulmates at Bedford, New York, Estate. On the occasion, Bolton was wearing Lebanese fashion designer Reem Acra's gown.