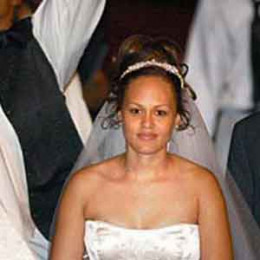 The American native Tawanna Turner is best known for being the ex-wife of former NBA player Allen Iverson. He was named 11-time NBA all-star and is regarded as one of the greatest point guards of all time. Iverson has a net worth of $1 million and is in a $32 million contract with Reebok. The couple despite being divorced are spotted together a lot and currently, they stay together with their children.

Is Tawanna Turner still in a Relationship?

Tawanna Turner, the ex-wife of a former basketball player is probably single and is raising her kids as a single mother. She shares children with longterm boyfriend turned husband, Allen Iverson.

Turner and Iverson parted separate ways after being in an intimate relationship for twenty-two years. Tawanna and her beau dated for ten years before they took the relationship to the next level. The couple's wedding ceremony was held at The Mansion located on Main Street in Voorhes, New Jersey.

The lovebirds were blessed with three daughters and two sons. Amid the process of divorce, Tawanna sought child support, child custody, and alimony payments. As of February 2020, neither of the pair is romantically linked to other people post their separation.

Tawanna Turner was formerly married to renowned basketball player Allen Iverson. They were childhood sweethearts who started dating when they were just 16.

After being in a relationship for several years they decided to exchange vows on August 3, 2001, but problems entered their newly married life pretty soon.

Their neighbors could hear them fight and even the cops had arrived to resolve their matters. In 2002 her husband attacked her and threw her out of the house then came after her with a gun. 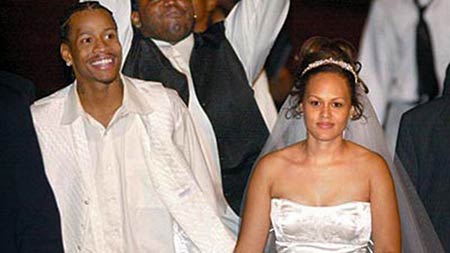 Finally, in 2010 Turner decided to file a divorce but took it back on her ex-husband's request. Instead, they made a prenuptial agreement where she would get his $32 million payscales he would get from Reebok in 2030 and they agreed to some behavioral guidelines.

Later on, Turner filed for divorce again since Iverson's behavior was not improving and the couple finally divorced in 2013. 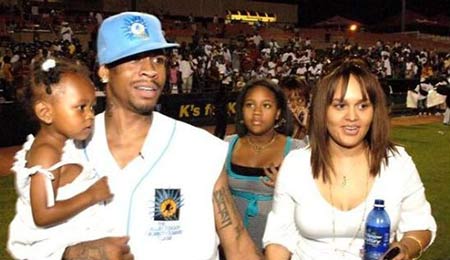 Tawanna Turner with Iverson and her child.

But there is news that the ex-couple despite their divorce are living together at present since they didn't want to hamper their children's upbringing. Iverson had attended the 2016 Basketball Hall of Fame Enshrinement with Turner and in his Hall of Fame, speech praised his ex-wife by thanking her for the support she had given him all his life.

They were even spotted holding hands at the Naismith Memorial Basketball Hall of Fame which was held in Springfield, Massachusetts.

Since all their matters were resolved, they started living together. Besides him, she has not been in a relationship with anyone.

Tawanna Turner and her ex-husband Allen Iverson has five children together namely Isaiah, Allen ll, Tiaura, Messiah, and Dream Alijha. Tiaura and Allen Iverson II were born before their parents got married and they were born in 1995 & 1998 respectively.

Their son Isiah was born on August 8, 2003, while their other daughters Messiah Lauren Iverson and Dream Alijha Iverson were born on August 16, 2005, and October 7, 2008, respectively. 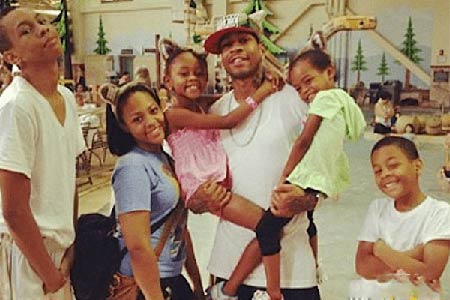 Here is a video presenting some information and photos of Tawanna Turner and Allen Iverson!

How Much Is Tawanna Turner's Net Worth?

Tawanna Turner's net worth is somewhere around $500,000 as her career is not specific and still hidden from the media. Her renowned ex-husband Allen Iverson was a former basketball player is estimated to have a net worth of $1 million. He went broke in 2012 after all his bank accounts were seized since he was entirely broke.

Iverson had earned around $155 million by playing for the NBA team and his earning even crossed $60 million which he took home from endorsements and merchandising deals. Both the husband and wife are entitled to the $32 million payouts that Reebok will be granting them by 2030. Iverson had signed a contract with Reebok and the company has first decided to pay him $800,000 yearly for life.

But instead, the company set up a trust fund of $32 million which will mature in 2030 when Iverson turns 55 years of age. The contract is basically a $50 million lifetime endorsement contract. Besides, he will get his NBA pension in 2021 which is estimated to be $1.4 million.

Tawanna Turner grabbed attention for her marriage and love relationship with the former basketball player Allen Iverson. Her career is not mentioned in the media and nobody knows what she does for a living. While her husband Allen Iverson was an NBA Basketball player who became 11-time NBA all-star and was named one of the greatest point guards of all time.

During his time in the NBA, he was the top scorer four times and made a record for the second-highest per game scoring average after Michael Jordan. The other NBA players are Shaquille O' Neal, Joakim Noah and so on.

Tawanna Turner was born in the 1970s in the United States. During her school days was pretty active and used to participate in club activities. She lived in Virginia where she was raised and even did her schooling there. 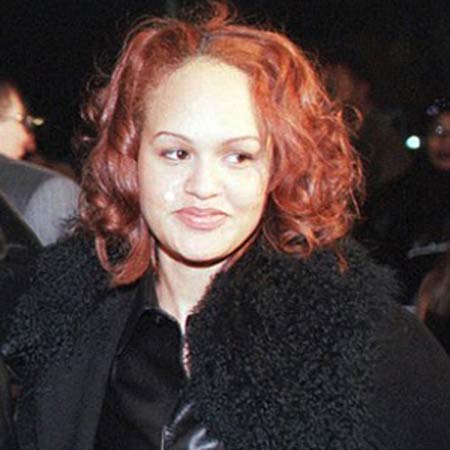 Turner attended the University of Hampton for her graduate studies. Her personal details like her date of birth and family details are missing from the media.

The couple gave birth to their first child, a daughter named Tiaura Iverson in the year 1995.

The couple gave birth to their second child, a son named Allen Iverson in the year 1998.

The couple gave birth to their third born a son named Isiah Iverson on August 8, 2003.

The couple gave birth to their daughter named Messiah Lauren Iverson on August 16, 2005.

The couple gave birth to their daughter Dream Alijha Iverson on October 7, 2008. She has four elder siblings.