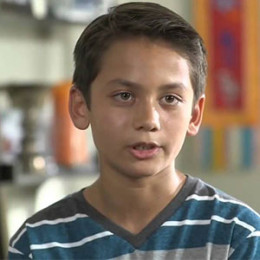 Tenzing Norgay Trainor is no everyday adolescent. He is a popular rising American actor renowned for playing in the 2013 movie The Lost Medallion- The Adventures of Billy Stone. Furthermore, He appeared on popular shows including Stevie TV and Good Luck Charlie.

Tenzing Norgay Trainor achieved huge popularity in a short period of his career. At 17 years old, it is of no surprise that he lives with his family. The young actor is currently busy with his works and studies.

Happy Thanksgiving everyone! So thankful for all of you!

As for his relationship status, he may possess many female fans that go crazy for him but at the moment is probably single. However, in November 2018, he posted a picture with a girl on his Instagram. Although there were some speculations that she was his girlfriend, he did not disclose anything.

The Liv and Maddie star is also insanely popular on social media platforms. Likewise, he boasts more than 27K followers on Facebook, 1.2 million followers on Instagram, and more than 73K followers on his Twitter account.

How Much Is Tenzing Norgay Trainor's Net worth?

Tenzing Norgay Trainor owns an estimated net worth of around $300 K. He made his wealth from his successful career as an actor. According to SAG statistics, the average earning of an actor is $52,000 a year in the US. Since he is a popular actor, he should make good money from his role.

Moreover, he earns a good sum of money from his social media account. He earns an estimated $2,409 - $4,015 per promotional posts from his Instagram.

Tenzing Norgay Trainor involved in social work as well. During April 25, 2015, earthquake in Nepal, he worked with Tenzing Norgay Sherpa Foundation and raised more than $150K.

The money was used to build houses for the poor people affected by the devasted earthquake.

Tenzing Norgay Trainor was born on September 04, 2001, in Plantation, Florida, United States. His mother is Nepalese and his father is American. In addition, the handsome television star is the grandson of famous mountain climber Tenzing Norgay Sherpa, the first person to have reached the summit of Mt. Everest. 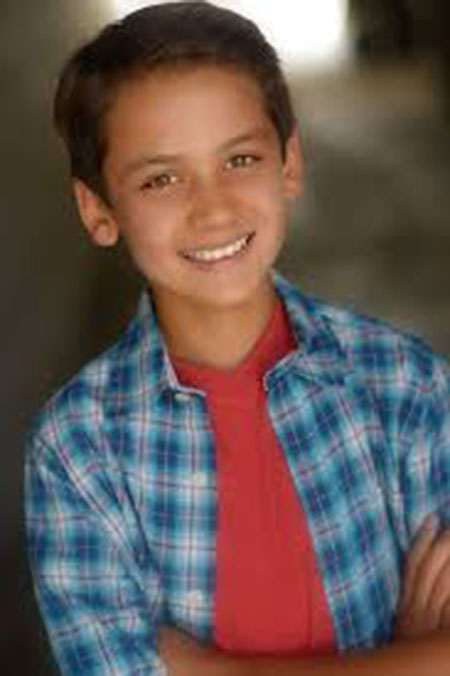 Norgay also expressed his gratitude to the Obamas and Higher Ground Productions on the project of making the feature film based on the story of Tenzing Norgay Sherpa.

Trainor took to Instagram and wrote, "Congratulations to @netflix , the Obamas, the people at Higher Ground Productions, and the team behind the feature film of my grandfather Tenzing Norgay (Director @jenpeedom and Writers Luke Davies and David Michod). My family is very excited to share my grandfather’s story with the whole world. A story that more than deserves to be told."

In the meantime, Trainor also worked on Netflix's Boo, Bitch alongside Lana Condor and Zoe Margaret Colletti. Trainor will play the role of Gavin.

Likewise, he grew up with his two siblings brothers Yonden Trainor and Kalden Trainor. Trainor loved playing football but later took interest in acting. His parents sent him to take the theatre camp for acting classes in Florida. Subsequently, the teenager secured his first acting role at 11 years old.

Besides, Tenzing stands 5 feet 7 inches tall and weighs around 62 Kg. Both his eyes and hair color are light brown. As of 2019, he is 20 years old.