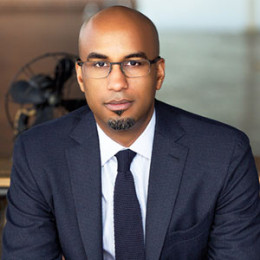 Born and raised in Los Angeles, California, Tim Story is a renowned American director, producer, and writer. He is best known for his outstanding directorial work in 2005 blockbuster movie, Fantastic Four and it's sequel, Fantastic Four: Rise of The Silver Surfer. He founded an entertainment production company, The Story Company in partnership with his wife, Vicky Mara Story. Story married Vicky Mara Story in 2004 and shares three children. He has a net worth of million dollars.

Tim Story was a part of Rhyme Syndicate of American musician, Ice-T. He was also a member of T.D.F group and appeared in the song "T.D.F. Connection" from 1988 compilation album Rhyme Syndicate Comin' Through. Befort the group could even sign with Warner Bros. Records, one of the members of the group was brutally shot and killed by their rivals.

After the loss, Story put a break on his music career and turned his passion for direction.

Tim Story began his directorial career in 1997 with the movie, One of Us Tripped, though the film was commercially unsuccessful, it didn't stop him. Later, he directed other movies like The Firing Squad, Barbershop, and Taxi but didn't taste the success.

However, in 2005 he came with a superhero film, Fantastic Four starring Chris Evans, Jessica Alba, Michael Chiklis, Julian McMahon and Kerry Washington. The movie did an excellent job at the box office and provided Story a new name and fame in the Hollywood. After two years, he released the sequel of Fantastic Four, Fantastic Four: Rise of the Silver Surfer, the movie was blockbuster as its first installment.

In 2014, Story cast Ice Cube and Kevin Hart to his directorial venture Ride Along. The movie established him as an action-comedy director and the movie earned six times more($154.5million) than its budget ($25million) in the box office. His other successful ventures include Hurricane Season, Think Like a Man Too, Ride Along 2, White Famous and others.

Tim Stoy is all set with his upcoming venture, Ride Along 3 which is scheduled to release in 2018 but the exact date is yet to be revealed.

Tim Story is a married man, he exchanged a vow with his longtime girlfriend, Vicky Mara Story in 2004 at an intimate family ceremony. The couple first met in 1992 through a mutual friend when both of them were 22. After few meetings, they eventually fell in love.

Vicky Mara helped Story to produce movies during his initial phase. She invested in his movies and supported him which has strengthened their relationship.

Once in an interview, Tim Story talked about his wife and her importance,

"The greatest thing is that we met each other around movies, around making a movie, and she knows that’s what I do and that’s what I always want to do,” says Tim.

“She’s never punished me for wanting to do what I love to do. And that is a great thing. I give her the same respect and she allows me to make movies. She’s somebody that I completely trust.”

The duo is blessed with three children, ages 6, 11 and 13 but their detailed information is still unwrapped. The couple also raising their niece along with their three kids. Story is living a lavishing life with his family in Los Angeles.

Tim Story married to his longtime girlfriend, Vicky Mara Story in 2004 at an intimate family ceremony. The couple first met in 1992 through a mutual friend when both of them were 22.