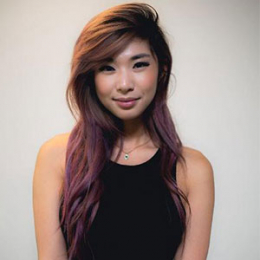 TSM Leena is one of the popular Asian-American gaming personality who is famous for working as the President of Marketing in the esports organization named Team SoloMid(TSM). Lenna is also recognized for dating Vietnamese-American entrepreneur and professional Leauge of Legends player, Andy Dinh.

Obviously, everyone would doubt if a celebrity is spotted with a particular person be it PDA or social media. So is the case of TSM Leena. She is rumored to be dating League of Legends AD Carry player, "Doublelift" Peng these days. Is it true?

TSM Leena is allegedly dating Doublelift, former Team SoloMid player as of now. Agencies close to them speculated Doublelift and Leena have an affair after DL took a picture of himself with a girl on September 11, 2019. 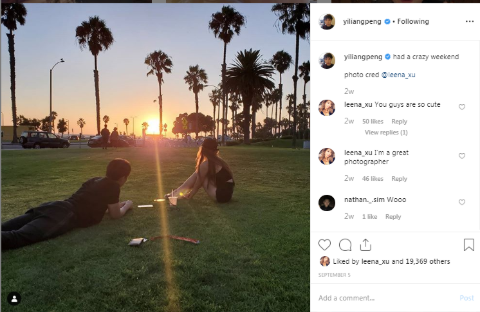 President of SoloMid began appearing in her rumored boyfriend Peng's self-titled Instagram since early September. Leena Xu and Yiliang even spent quality time at the beach on 15 September. Yiliang Peng's socials speak the love story of the duo even better.

The well known TSM president once seemed focused on her career after her split with Andy Dinh. It looked like she was recovering from her previous relationship. What You Don't Know?

Leena was previously dating the famous Vietnamese-American entrepreneur and former professional Leauge of Legends player, Andy Dinh. The duo dated for a certain time secretly and preferred staying out of the media limelight. Moreover, they shared a good bond in their initial years but soon decided to separate after feeling some highs and lows in their relationship.

How much Net Worth does TSM Leena Hold?

TSM Leena holds an estimated Net Worth of $500,000. She collected that prosperity with the help of working as the President of Marketing and General Manager at TSM. In addition, the average salary of a vice president of marketing is $144,249 per year.

Headed to China for the second half of groups! No photoshoots for a while so here's one last one Ps this is what I look like most days I actually almost never wear dresses lol : @leotrajanophoto

TSM general manager is now working with the famous American esports organization, TSM based in the United States. Furthermore, the organization fields players in various famous games including Leauge of Legends, Hearthstone, PlayerUnknown's Battlegrounds, Fortnite, Rocket League and many more. Besides, the organization is sponsored by a number of popular brands like Chipotle, GEICO, HTC, HyperX, Twitch.tv. and many more.

I never know what to post about bc my life isn't that interesting. But something interesting finally happened! New

Leena also loves to drive luxurious cars like other celebrities in the States. In fact, she earns a Lexus brand white color Lexus NX car which has a market price of $36,000.

TSM Leena prefers to stay away from the media and does not share much about her early life. However, we can find little about her personal life by going through her Instagram account. Her real name is Leena Xu and she has a little sister. Here take a look at the Instagram post of Xu where she featured her little sister;

My little sister is copying my hairstyle...