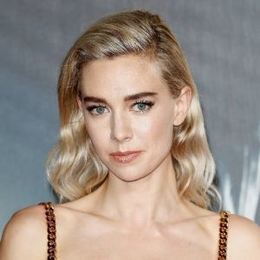 Have you watched the recently released action movie "Hobbs & Shaw"? If you have, then you will surely recognize actress Vanessa Kirby who portrayed the character of Hattie Shaw Jason Statham's character's younger sister. The beautiful English actress won the viewer's heart and received praise for her performance around the globe. But before Hobbs & Saw, she was already quite famous for her on-screen works such as About Time, Mission: Impossible-Fallout, The Crown, etc.

Actress Vanessa Kirby In A Dating Relationship; Who Is Her Partner?

Vanessa Kirby is in an intimate relationship with her longtime boyfriend Callum turner. Her beau Callum is a British actor known for his on-screen works like "The Only Living in New York," "The Capture," and "Fantastic Beasts: The Crimes of Grindelwald."

The pair were co-stars in the British drama film movie "Queen and Country" (2014), where they first met. The couple began public dating in 2017. 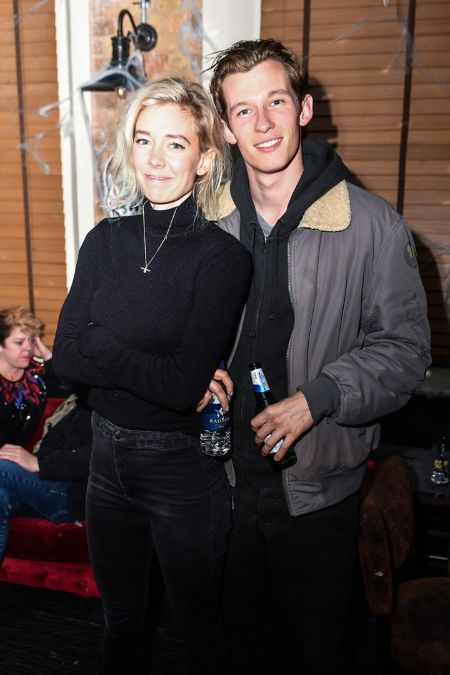 Vanessa Kirby is in a longtime relationship with her boyfriend, Callum Turner. SOURCE: Marie Claire Australia

Despite letting the public know who her companion is, Vanessa does not intend to reveal her love life activities and prefers to keep her romance private. She says she "has been lucky that she barely gets recognized by people, and that is how she has been able to keep her relationship super private. 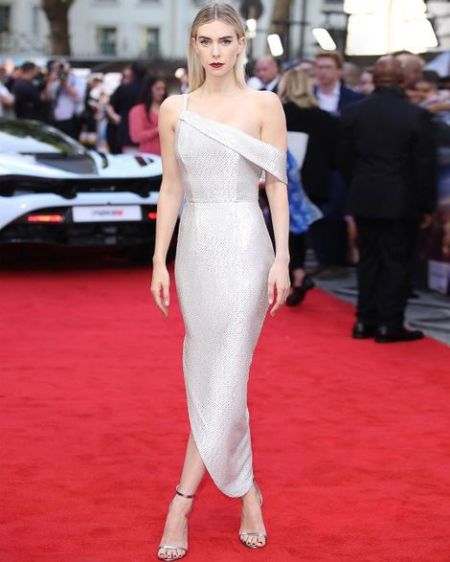 The lady also told that her lover, "Callum is wonderful, and he is her best friend." As things are going on between the duo, the engagement news should be around the corner! Hopefully, they maintain the same level of love in the future too!

As famous and renowned as she might be at the moment, she was not always so popular with people certainly not it seems during her school days. While growing up in Wimbledon, London, she went to the Lady Eleanor Holles School.

Vanessa revealed his fact in a recent interview, The "Great Expectations" actress said:

"I was badly bullied for three years in primary school and that was one of my darkest times.”

Vanessa, however, explained that she had no idea why the other students bullied her but, she says she took some positives from it.

“I still haven’t gotten to the bottom of it, but I was massively affected…Now when I look back on it, I feel like those three years gave me a kind of empathy or emotional understanding.”

Well, if any of her bullies still remembers her, then maybe they will have some time to contemplate what they did to the future Hollywood star.

Did Kirby Dated Tom Cruise In The Past?

In 2018, rumors began to surface that the actress was dating Hollywood star Tom Cruise. The news of their chemistry started after a photo of Vanessa kissing the 57-year-old actor went viral on the internet. 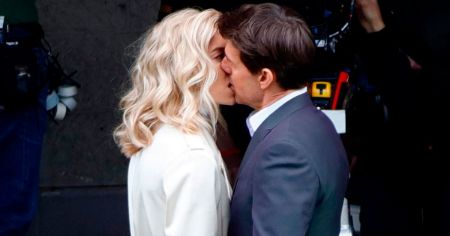 It was only later found out that the shot images of Kirby kissing Tom Cruise was while filming a scene for the film, "Mission: Impossible-Fallout."

Speaking about the rumors, Vanessa said:

"Even though the crew was there, it was all [in the tabloids] like, ‘The next wife falls at his feet,’” she recalls. “The most disconcerting thing was the people I didn’t think would believe it, did, and they were texting my boyfriend, asking, ‘Are you OK?’ I don’t think they believe anything they read now because you just can’t. None of it is real. To be getting married to him? Not even a snog, it was marriage.”

Well, one thing this experience has taught people is never to trust news so easily, especially when it is news about love and relationships.

The "Great Expectations" Star's Net Worth And Screen Works

Despite beginning her acting career in 2010, the celeb's excellent and big box office movies has earned her $2 million net worth.

Among the list of her successful on-screen works in her career, Kirby is famous among the fans for her ongoing Netflix series "The Crown."

In the historical drama web series, she played the lead role of Princess Margaret. She shares the screen with actors Claire Foy, Matt Smith, Eileen Atkins, Jeremy Northam, Victoria Hamilton, Ben Miles, and many others.

Vanessa is also a big name in the silver screen and has over a dozen movie credits, the most recent one being Fast and Furious spinoff "Hobbs & Shaw" (2019). Appearing as one of the lead characters, she worked with Dwayne Johnson, Jason Statham, Idris Elba, Eiza Gonzalez, and others in the hit action film.

For more celebrity Biography and News, do visit our website Married Wiki!!