Home Article Get Detail About The Jumanji: Welcome To The Jungle Actor Dwayne Johnson's Net Worth, Salary, Earnings, Income

Get Detail About The Jumanji: Welcome To The Jungle Actor Dwayne Johnson's Net Worth, Salary, Earnings, Income

Dwayne Douglas Johnson aka The Rock is well known for his performance in 2017's blockbuster The Fate of the Furious as Luke Hobbs. Along with his successful career as a WWE superstar, he also has a successful Hollywood career and is one of the highest paid actors as of 2017.

Let's find out how he transitioned himself from The Rock into actor Dwayne Johnson and know about his career and sources of income.

Dwayne Johnson started his career as an American football player after he got a scholarship from the University of Miami in 1990 and also played for the National Championship Team. In 1991 he suffered a back injury which ended his football dream. In an interview, he stated,

"The dreams I had, they're dashed, There is no more football. That was my absolute worst time"

Johnson then pursued wrestling just like his ancestors. Johnson made his professional wrestling debut as Flex Kavanah by joining the United States Wrestling Association. In 1996, he made his first appearance in WWE as Rocky Maivia as an instant Heel.

Although his memorable feud with Stone Cold Steve Austin ended in a loss, he was named The People's Champion. 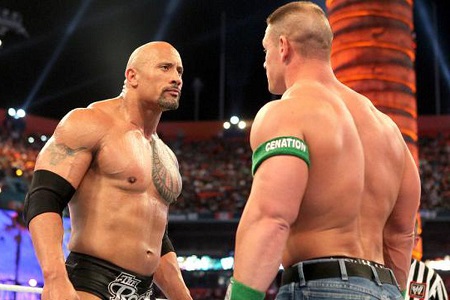 The Rock and John Cena face to face at Wrestlemania 29
Source: WWE

He won his first WWF champion after double-crossing Mankind aka Mick Foley. He won his first Wrestlemania match against Hunter Hearst Helmsley. He made an amazing record of 269-153-39 throughout his wrestling career with a win rate of 58%. He is an 8 time WWF/WWE champion, 5-time tag team champion and the winner of Royal Rumble 2000.

He is the first 3rd generation wrestler who won the 6th triple crown champion. He has headlined the most prestigious event in WWE, The Wrestlemania 5 times against superstars like John Cena and Stone Cold.

He left the WWE in 2004 to work on his Hollywood projects. He returned to WWE in 2011 and was involved in an In-ring feud with John Cena till 2013. Later in 2014, he made appearances in WWE with a one night feud with Bray Wyatt and has been seen in WWE on multiple occasions.

Recommended: "Johnny Depp spends $2 Million dollar per month" claim by his former managers. Was not able to handle his $400 million fortune

Johnson's father Rocky Johnson and ancestors including Rikishi, Umaga, and Yokozuna were also WWE superstars, therefore, there was no need for him to have a legal contract with the WWE and his earnings from WWE isn't reviewed. In his interview with GiveMeSports, he stated,

”We have no legal agreements between us. With Vince McMahon, we’ve always been able to shake hands. That’s a very special relationship in this day and age, that we can operate with that level of trust."

Since he was the same rank WWE superstar as Stone Cold Steve Austin and Mick Folly his earnings as a wrestler can be estimated as below.

Johnson surprised his mother, Ata with a new home this Christmas 2018. We can say that he definitely gave his mother the best Christmas gift ever.

This one felt good. Surprise! Bought my mom a new home for Christmas. All our lives growing up we lived in little apartments all across the country. Lived like gypsies on the road from one state to another. The first home my parents ever lived in was the one I bought for them in 1999. They divorced about 5yrs later and as with life, stuff happens and things got a little complicated. Since then I always made sure my mom and dad have everything they’ll ever need - houses, cars etc. But the house this time is a special one and the timing is very meaningful. I told her to treat this card like it’s “Willy Wonka’s Golden Ticket” because she gets to choose any home she wants - anywhere she wants. I always say, if you got a good mama, then you gotta pretty good shot at becoming a decent human being. And somehow, somewhere along the line I became one lucky SOB to be able to make stuff like this happen. Merry Christmas Ma and WOOOHOOO enjoy your new home. Dwanta

He took Instagram posting a video of his mother reading a card from him that said; he would buy her any house she wanted.

Dwayne Johnson's Hollywood Career and Net Worth; Including His Movies

A successful career in WWE brought Johnson under the Hollywood's radar. He was asked to host Saturday Night Live on March 18, 2000. He made his first feature film debut in 2001's The Mummy Returns as The Scorpion King alongside Brendan Fraser, Rachel Weisz, John Hannah, and others.

Johnson wasn't seen as a legitimate action hero until 2003's The Rundown. Critics Roger Ebert praised his performance in Rundown. He compared Johnson with Arnold Schwarzenegger and stated,

"Whether The Rock will rival Schwarzenegger's long run as an action hero is hard to say, but on the basis of 'The Rundown he has a good chance"

He showed his versatility by performing in 2007's family movie The Game Plan and 2010's comedy movie The Other Guys alongside Samuel L. Jackson. Dwayne found his first franchise in Fast Five which was the fifth installment of Fast and The Furious Franchise.

He also performed in Fast and Furious 6 and 7 which made billions worldwide. His other work includes 2017’s movie Baywatch, voice over for 2016’s Moana as Maui and in 2017's Drama Disaster movie San Andreas. 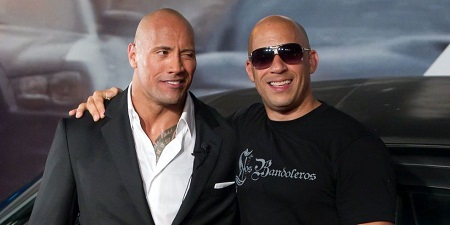 Some of his famous movies that broke the box office records include,

Johnson is one of the highest paid actors of 2018 with an average annual salary of $65 million and a massive net worth of $220 million.

Some of his highest movie paychecks include,

As of 2018, he is working on his upcoming movie projects Rampage (2018), Skyscraper, and Journey 3 (2018). Some sources say that Johnson will be performing in the second installment of DC Comics Suicide Squad 2.

We also have information on Johnson's Yearly earnings throughout his Hollywood career. His yearly earnings are given below. Check it out.

Throughout his acting career, his movies have made a total grossing of $8.1 Billion+ worldwide.

The house was previously owned by Vernon Carey, a Miami Dolphins player. The house has 7 bathrooms, 5 bedrooms, a kitchen, a 14-seat home theatre, and two 3-car garages. 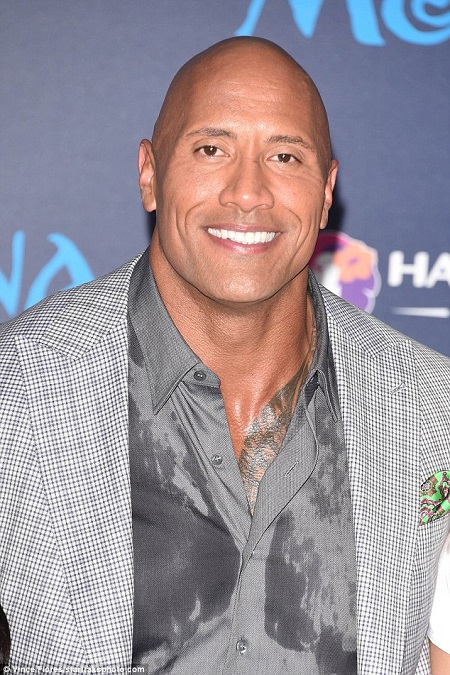