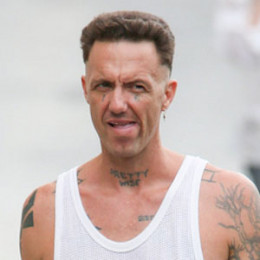 Rapper, record producer, and actor Watkin Tudor Jones, also know famously as Ninja, is a born rapper. Growing up amidst rap culture and music enthusiast father in South Africa, Jones was quick to be attuned with rap music. He left his education to begin a musical career in 1993 and after years of unsuccessful musical projects, his rave-rap crew Die Antwoord finally reaped the fruit. Let’s dig into his struggles, love life, net worth and controversies.

Watkin Tudor Jones was born in Johannesburg, South Africa on June 26, 1974. He spent most of his early days with his father, mother and younger brothers. Jones has a white complexion and is of mixed ethnical background. 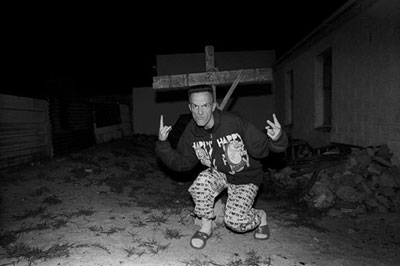 Both Tudor and his father are rap music enthusiasts. With little wonder, Jones got full support of his parents regarding his music career. His father too wanted to be a musician but failed. Jones rapped at different music clubs and festivals before making the professional debut.

Upon dropping out from high school, Jones got involved in several unsuccessful band projects like ‘The Original Evergreens’, ‘Max Normal’ and ‘The Constructs Corporation’. However, he was able to build into ‘Max Normal’ and turn it into a success. ‘Max Normal’ was a live hip-hop act led by Jones as the main vocalist. The band released their first album in the year 2001 entitled ‘Song from the Mall’.

Just as the band was hitting popularity in Africa, Jones disbanded Max Normal in early 2002 and started an electronic/hip-hop group named 'The Constructus Corporation' in collaboration with Markus Wormstorm and Felix Laband. In 2003, he disbanded The Constructus Corporation and resurrected Max Normal as the ‘corporate’ hip-hop group ‘MaxNormal.TV’ in 2005.

Their album ‘Good Morning South Africa’ gained the most popularity. Later, the group changed their name to ‘Die Antwoord’ in 2009 transforming the band into a rap-rave group. Although their debut album ‘$O$’ was released in 2009, it wasn’t until their second album 'Ten$ion' released in 2009 that brought them into the limelight. 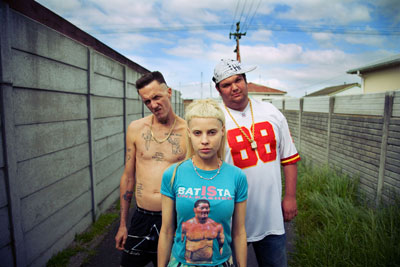 Their album ‘Donker Mag’ and ‘Mount Ninji and da Nice Time Kid’ were their most successful ones, reaching number one on the US Dance charts.

Jones is in a long-term relationship with Yolandi Visser who he met while in the band Max Normal.TV. At the time, Yolandi Visser went by her real name Anri Du Toit, but later rebranded herself into a hyper-sexual, foul-mouthed pixie rapper and gave herself the name.

The longtime couple has a daughter named Sixteen Jones. They enrolled their daughter Sixteen in Music as well as making their priority straight for her from the very young age. Sixteen became a member of the band 'The Boy With The Rainbow Face' later and made her debut on the music video of ‘Fink U Freeky’ when she was just seven years old.

The cohabitant family featured in an issue of Obrigado Magazine in a captioned photograph, with the father holding her little princess. 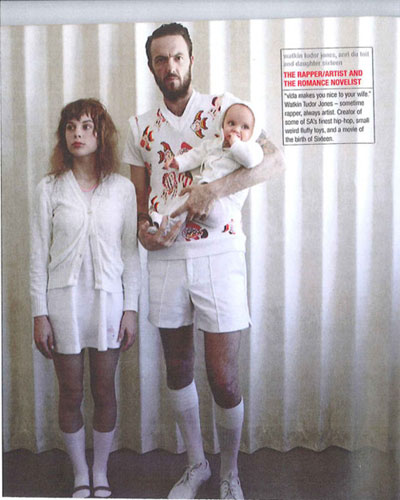 Jones was caught stating once that “Sixteen was an accident”. However, the rapper redeemed himself later saying he didn’t mean those words. Jones and her girlfriend have adopted a nine-year-old street child named Tokkie.

While people dance to Die Antwoord songs, many might not know about the controversy involving the longtime couple singers and the band itself. In a story printed in Johannesburg newspaper City Press, the group is accused of stealing the style from a group of street kids in South Africa who called themselves 'The Glue Gang Boys'. Jones is said to have copied their ideas and design elements while offering to take the vulnerable alcoholic teens under his wings.

Sixteen Jones is the only daughter of Watkin Tudor Jones and Yolanda Visser. She is also enrolled in music.