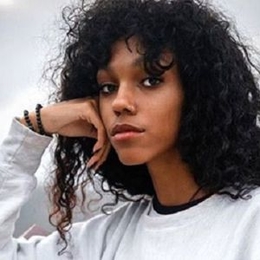 Zola Ivy Murphy is a rising model in Hollywood. However, she is most famous fr being the daughter of actor Eddie Murphy and model Nicole Mitchell Murphy.

Is Zola Ivy Murphy In A Relationship?

Nowadays many young people without hesitation share many details of their personal life on social media. However, Zola Ivy Murphy is not that comfortable sharing various aspects of her life online. 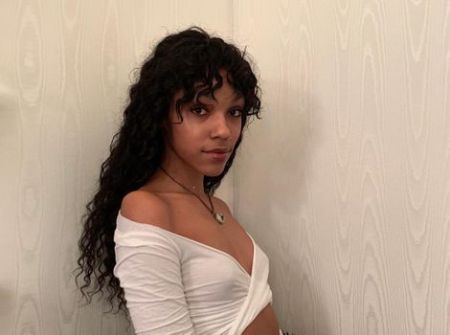 Though Zola is active on Instagram, she only occasionally posts pictures. Most of her photos are from her shoots and she rarely posts family pictures.

Similarly, Murphy is not open about her love life. She is yet to introduce anyone as her boyfriend on her social media site. Nonetheless, she often posts a picture of a man named Wilson Anyanwu. But the relationship between them is not clear. 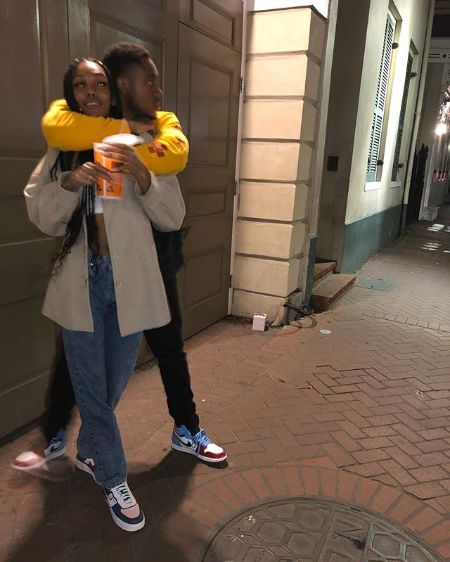 In the pictures, the pair look cozy with one another which gives the impression that they are dating. However, they never use terms of endearment for one another or confirmed their relationship so it is difficult to say whether they are lovers or just friends.

Child of Eddie Murphy and his Ex-Wife Nicole Mitchell Murphy

Zola is the fourth child of actor Eddie Murphy and model Nicole Mitchell Murphy. The pair first met in 1998 at an NAACP Image Awards Show.

Soon after meeting,  they began the relationship and started living together. After being in a live-in relationship for a year and a half the lovebirds tied the knot. The wedding took place on 18 March 1993 at the Grand Ballroom of the Plaza Hotel in New York City.

Since the couple knew pretty well one another before exchanging vows, so many thoughts the marriage is going to last for a lifetime. However, it was not the case. After twelve of a wedding, in August 2005,  Nicole filed for divorce citing irreconcilable differences. The divorce finalized on April 17, 2006.

After the divorce, the "Dreamgirl" actor started dating Melanie Brown of Spice Girls fame. On the other hand, Mitchell was later engaged to NFL star Michael Strahan. Nicole and Michael became engaged in 2009 before they ended their relationship in 2014. Today, Strahan is in a relationship with girlfriend Kayla Quick.

Has A Total of Nine Siblings

At present, her father, Eddie is engaged to Paige Butcher. With her, he has two children Max Murphy, and Izzy Murphy.

Zola is following the footsteps of her mother and is working as a model. She is represented by LA Models and mostly does runway and print modeling. As of 2020, her net worth is estimated to be $150,000.

Zola's father Eddie Murphy is one of the richest celebrities. He is a comedian, actor, producer, and director and boasts a total net worth of $200 million. He is one of the highest-paid actors and it is assumed he earns $20 million per movie. In 2019, he signed a $70 million deal with Netflix for a comedy special.

In addtion, Zola's father is best known for his roles in Coming to America, Beverly Hills Cop, Norbit, Coming 2 America, Shrek, Trading Places, The Nutty Professor, Daddy Day Care, The Haunted Mansion and 48 Hrs. among others. Not to mention, he received an Oscar nomination for his role as James in Dreamgirls. Murphy is also a cast member of Netflix's comedy; You People.

Her mother Nicole boasts a total net worth of $10 million. She earned this fortune from her career as a model and reality TV star. Though she earned $15 million in a divorce settlement with her ex-husband, sadly she lost all those money in a failed investment scheme and was rumored to be broke. However, after 2010, her finances have improved. 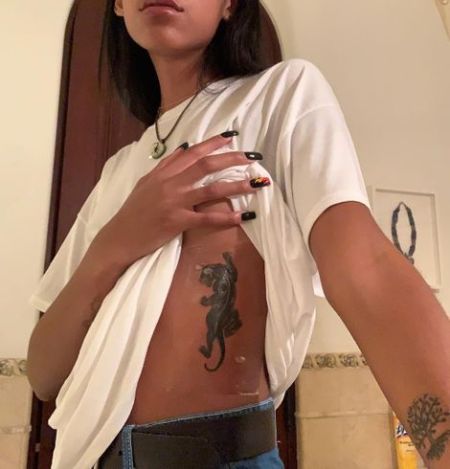