Actress Salma Hayek happily married to husband, French billionaire Francois-Henri Pinault with no divorce rumors and have one child together.

In this materialistic world, we all have trouble finding our soulmate and 'the one' for us to spend the rest of our lives.

Admit it guys, finding the perfect person is a matter of luck and countless heartbreaks that we have to go through to reach out to the person with whom we're meant to be with.

Even the most successful and stunning actresses, for whom men would kill, have to face bad relationships and divorces. However, there are few lucky stars who've found their soul mate, had a perfect wedding and are living a fairy tale lives.

Among such, the gorgeous Hollywood actress Salma Hayek and her loving husband Francois-Henri Pinault are one of the couples who has given love a different meaning and stand out as one of the most inspiring and perfect couples in the town.

The most beautiful, Tale of Tales starlet, Salma Hayek first laid her eyes on the France billionaire Kering CEO, Francois Pinault back in 2006 when both were attending a high-profile party in France. 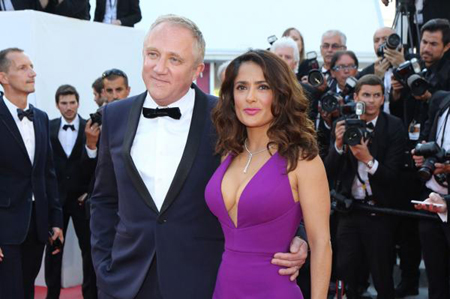 Salma, who had just been out of a bad relationship with actor Josh Lucas, was not looking for a serious relationship when she first met Pinault.

But, the French Mogul, Pinault was blown away by the actress's beauty and charm. 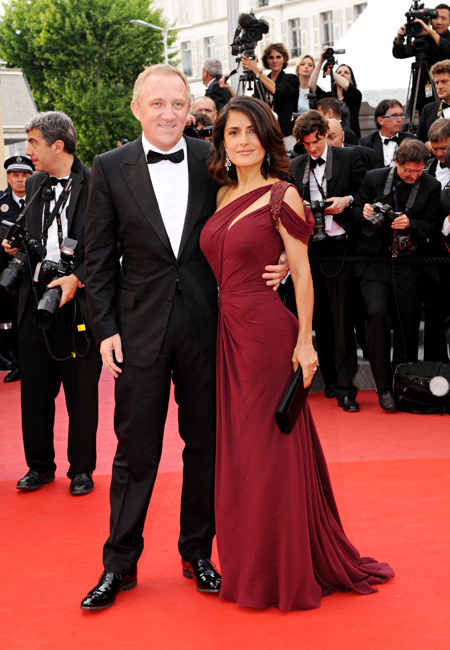 Salma Hayek with husband Francois at the red carpet event

Salma too, couldn't resist the chivalry and humor of the handsome Pinault and eventually, they fell in love.

After seeing each other for almost three years, the couple made the decision to get married. 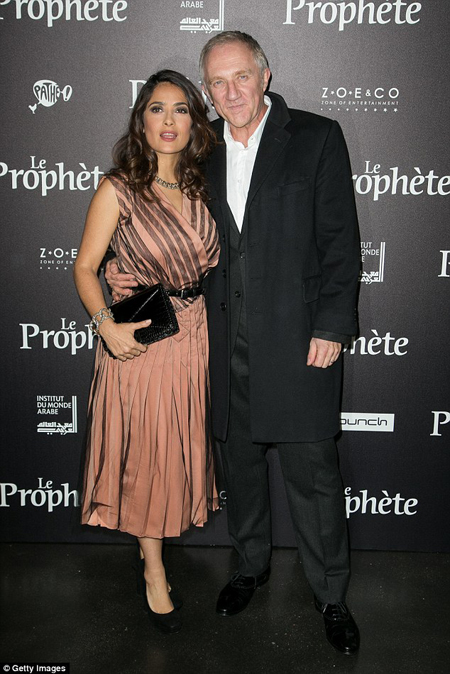 Salma Hayek, alongside husband Francois at the premiere of the animated film Le Prophète, at the Institute du Monde Arabe in Paris, 2015

This adorable couple married in the city of love, Paris on Valentine's Day in 2009, organizing a private ceremony amidst a few close friends and families.

The Couple Remarried At Venice In 2009

The gorgeous 52-year-old actress tied the knot again with her billionaire husband on April 25, 2009. Before this, the pair wed in a civil ceremony at the 6th Arrondissement City Hall in Paris.

But this time, Salma and her husband married in a lavish, star-studded wedding, inviting all the Hollywood's A-list stars. 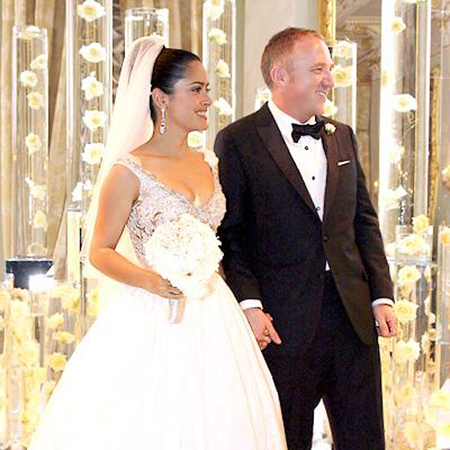 Salma Hayek And Francois Henri Pinault Blessed With A Daughter

Prior to their glamorous, royale-style wedding, Salma and Francois made another announcement- Salma pregnant with a baby daughter. 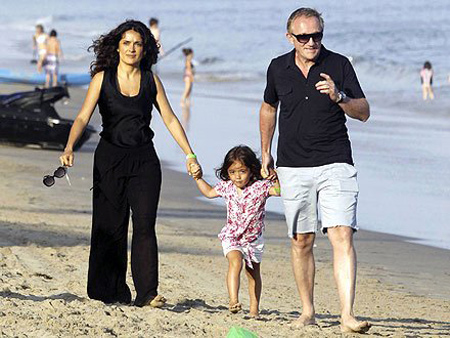 Salma with her husband and daughter spending family time at a beach
Source: People 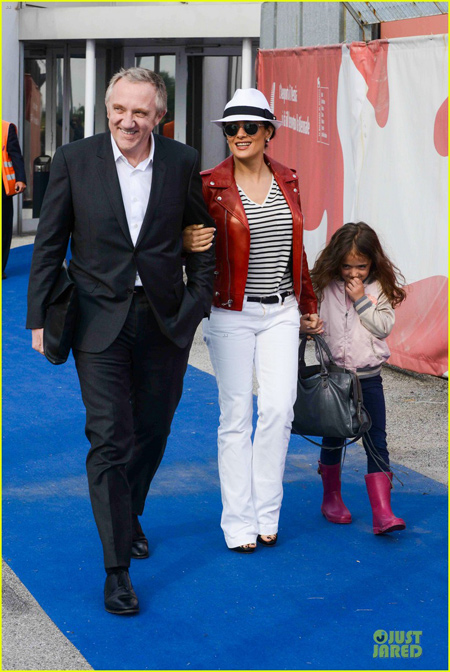 The adorable couple with their bundle of joy
Source: Just Jared

Also, at their wedding in Venice, their baby daughter Valentina was one of the flower girls, along with Francois's son and daughter from his previous marriage.

In her recent interview with Red UK, Salma confessed that her marriage is her "biggest accomplishment" in her life. She quoted,

Everything outside of the family nucleus is an adventure that you’re living together.”

Now, with her acting career, her beauty brands, and other promotional works, she's perfectly managed to balance her personal life as a loving and caring mother and her professional life as one of the most successful women in the industry. 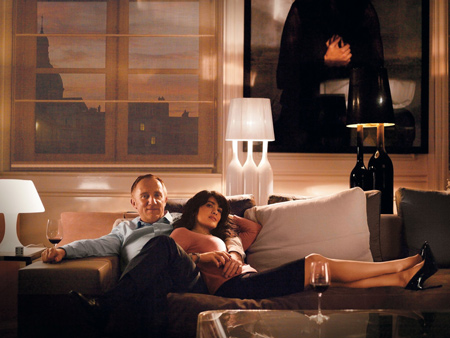 The duo spending a romantic evening with a glass of wine
Source: T Magazine

French billionaire Francois's net worth has been estimated to be $25.5 billion and that of his wife, actress Salma is $85 million at present.

Here's a video of Salma Hayek on an interview at NBC, David Letterman Show. Enjoy watching!

All in all, the stunning actress really enjoying her motherhood and rising career and we really wish the wonderful couple lifetime of happiness and best wishes in their future endeavors.

Pinault surprised his loving wife with a vow renewal on island gateway in August 2018.

The summer is coming to an end and my best moment was when my husband surprised me with a vow renewal - it was not what I would have chosen to wear to my wedding but I was told I was going to the spa! #luckyinlove #wedding El mejor momento de este verano fue cuando mi marido me organizó una ceremonia sorpresa para renovar nuestros votos matrimoniales. Yo hubiera escogido otro vestido pero me dijeron que íbamos al spa #sorpresa

The Mexican actress explained that it was a sweet and romantic surprise for her and her husband organized the event during a vacation with their daughter being the eye-witness. She said,

"The summer is coming to an end and my best moment was when my husband surprised me with a vow renewal."

They looked so much in love and their emotions and dedication for one another were pretty clear in their eyes.

It seems they spend every single moment of their lives in a beautiful and most romantic way.