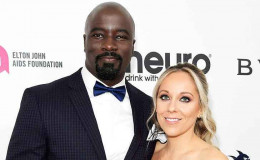 Racial discrimination is still a reality in today's world which is really disheartening and some people were not much impressed by Mike marrying a white woman but they sure did showed the world that colors does not matter when you are in love.

Married since 2016, the couple shares a daughter and is all set to welcome the new member to the family. More details of the adorable pair here.

Mike is already outnumbered by females at his home and is about to make room for one more!!

Luke Cage star is married to beautiful Iva Colter since 2016. Iva works as a high-level executive at Netflix. The couple met while attending Rutgers University in New Jersey and has been married for about two years. 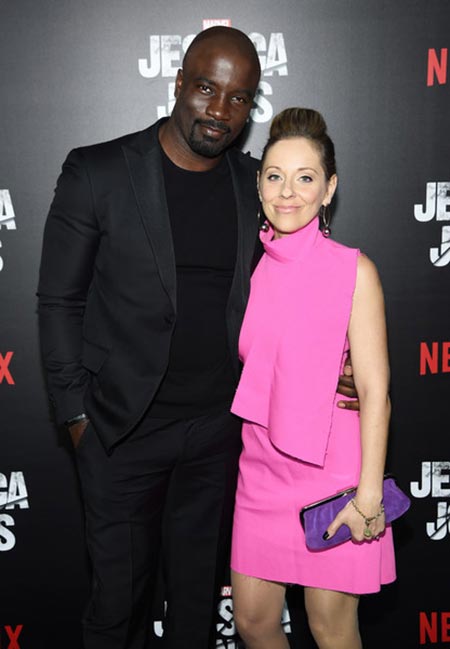 Ok i have a confession. This pic was taken last week. you see my daughter crying her eyes out for reasons I honestly cannot recall.. the truth is it doesn’t really matter. Now why is that? Better yet why am I smiling all the while? Its simple. its only been three years but I already can see the future. I won’t be able to get this close to her always.. to get to hold her and make her feel completely 100% safe. Not because I won’t try but because she will wander farther and farther away from her daddy. In search of her own life.I can’t stop her but i will try to delay it. If even for a short time. for as long as i can. and until that day, every single time she cries that’s my cue. to pick her up. to kiss her sweet salty tears away. Hold her as loooong as I can or until she realizes that she no longer hurts or is afraid. this is why these moments are selfishly my favorite moments. I love her more than she will ever know. So when she cries. And its crocodile tears as they often are. it doesn’t bother me. Its kinda just my cue. To do what fathers do. Feel me? Happy Fathers Day! #fathersday #daddyslittlegirl #gottatakeitwhereyoucangetit #minnieme

The duo is expecting their second daughter. Yes, Iva is 7 months pregnant and announced their pregnancy on the premiere of the second season of Luke Cage. Mike said,

“We are feeling happy but a bit nervous as well. It’s a new member of the family. While it will shift focus for us again, our daughter will probably be affected the most, so we are making sure she feels comfortable and excited with the change to our growing family,”

The 42-years-old actor is open about his personal life and is active on his Instagram giving regular updates about his life to his fans. The pair does not seem to have on their love life for now.

The actor is busy with the production of Luke Cage and will soon start his work for the upcoming movie Skin in 2019. The family of three and soon to be four currently resides in Los Angeles.

The couple welcomed a baby girl in October 2018. The former Netflix star shared the happy news via Instagram post.

“As one door closes, another has opened, with the birth of my 2nd daughter. Born this week. A lot of great memories. Time to make more. Always forward, forward always.”

The happy family of four is going on so smooth. We wish them all the very best for their life ahead.

Mike has appeared in several movies till now. His highest profiling role was in the cinema, Million Dollar Baby alongside Clint Eastwood, Morgan Freeman, and Hilary Swank. He has guest starred on Law & Order, The Good Wife, Ringer, and several other series as well.

The actor starred in Halo's franchise and voiced characters in Halo's video games adding his role in Luke Cage since 2016. The actor has gained a big name in the industry and is enjoying his success in his professional life and also has well managed to give time to his family. 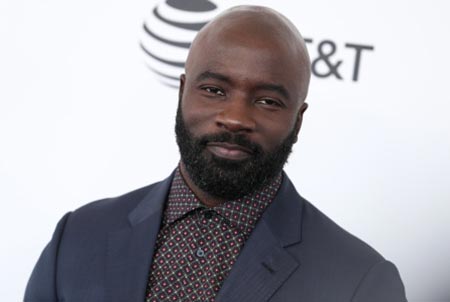