1.93 m Tall American Actor Zach Woods Dating a Girlfriend or He Is Enjoying a Single Life? 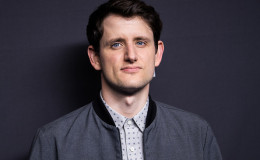 American actor and comedian Zach Woods made a name for himself after playing the role of Jared Dunn in Silicon Valley. Not just name and fame, he earned a huge sum from his acting career.

Despite being an intimate part of the acting industry, he fell for someone so far from the limelight; the one whose life is basically focused on portraying every feeling in the form of words taking the form of a beautiful article.

Woods opened about his romantic life during an interview on The Late Show with James Corden in 2017. When asked if he recently started dating a girlfriend, he said,

"She writes sex and relationship column that I have read for years and always liked it. It's really warm and thoughtful and funny and I always wanted to meet her."

"I sent her a real creeper email writing 'Hey, I love your column, want to get a drink?' Though she felt it creepy, she said okay."
"I was so nervous as I was such a fan of her work."

James Corden said he finds it pretty intimidating to date a 'sex and relationship' columnist, Woods answered that she writes about him in her column and uses a fake name 'Bruno'. 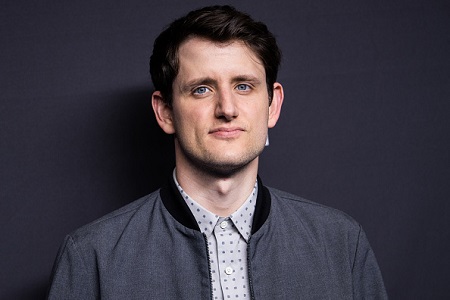 Though it's pretty clear that the star is currently in a relationship, details about his girlfriend are still a mystery. Not to mention, Woods is also not available on social media which explains why he might not be into sharing things and letting outsiders know about his private life.

Will he reveal some details about his soulmate anytime soon? Well, let's wait for it!

Woods started his career performing at the Upright Citizens Brigade Theatre at the age of 16.

You May Like: Meet Kate Gorney; Wife of T.J. Miller: See her Married Life, Children, and Career

In 2010, he played the role of Gabe Lewis on the NBC sitcom The Office and in 2014, as Jared on HBO's Silicon Valley. He found himself a new HBO comedy as he's joining Hugh Laurie in Avenue 5 which is a new pace comedy from Veep creator Armando Iannucci. In Avenue 5, he'll play the role of Matt Spencer.

In 2019, he also worked in The Angry Birds Movie 2. Moreover, some of his famous movies include In the Loop, Flipped, The Post, Mascots, and Other People. Likewise, Woods also worked on Jim Rash-directed dark comedy movie Downhill where he played the role of Zach. Similarly, other credits include David, Spin Me Round, Drunk History, The Simpsons and Avenue 5.