Know about rising NBA star Liangelo Ball 's relationship with his current girlfriend Jaden Owen and his past affair with Izzy Morris. Also, know about his alleged hook-up in Vegas.

Loving an activity and making a living out of it is one of the very few things that only some could manage. Emerging out as a prodigy with outstanding scoring outputs from his junior age, the Californian born Liangelo Ball was bound to make it to the NBA, and to be indulged in the fame given by such prestigious league was quite inevitable.

Only a few could gain a loving job, a paycheck that allows you to treat yourself and that someone whom you can call your better half. And being a star, Liangelo hardly might have any difficulty in gaining all the three; the latter which seems rather easy for him given his work and life podium. Stardom is definitely what most girls have been known to be flocking around. So given the many choices, who has been the one with whom the rising phenomenon, Ball has considered of sharing his romance, let’s find out!

Who is Langelo Ball's Girlfriend?

Either he is early in the game of celeb dating zone or it's his choice, Liangelo hasn’t made much of a name by having an absurd number of girlfriends lists of his own, unlike fellow basketball stars.

So far there has only been two girls in Liangelos love life that have grabbed media’s attention. Talking from the present, Liangelo is currently in a relationship with Jaden Owens, a five-star senior point guard UCLA baller. 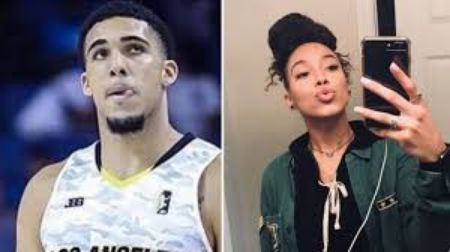 Liangelo and Jaden first met on Instagram and then met in person when the Los Angeles Ballers played the Atlanta Ballers in Dallas in July 2018. Later, the Sports Gossip came to confirm the sports duo ongoing affairs by saying,

'Gelo is seriously on his grind right now and doesn’t want to disappoint his family or get distracted. He definitely likes Jaden a lot and there seems to be a mutual attraction but they're both on their grind, they're taking things slow, but they're definitely exclusive, and definitely seeing each other.'

Though nothing much about their current relationship status is known and neither the news of an issue has been seen in their behind the work life, so we can only guess that everything seems to be fine for the new couple.

Before people started to recognize Liangelo and Jaden as a couple, Liangelo used to have a relationship with an upcoming Instagram model Izzy Morris whom he started dating in junior year of his high school.

Liangelo had quite a long relationship with Morris yet the couple called it quits in mid-2018. The reason behind their split is still unknown. Liangelo made it public in his family show ball in the game that he and Morris are pretty much done and later even Liangelo’s brother, Lonzo Ball took it to the Twitter to make it official.

LiAngelo Ball has confirmed he and his longtime girlfriend Izzy Morris have split up. https://t.co/1RuGd3ZxGm

Liangelo also became quite notorious in November 2017 when he along with three other fellow UCLA players were caught in China for shoplifting designer sunglasses from Luis Vuitton in Hangzhou. The gravity of the incident grew so severe that even president Donald Trump got himself involved to get the players out of the detainment from the Chinese government.

“I’d like to start off by saying sorry for stealing from the stores in China. I’m a young man, but it’s not an excuse for making a really stupid decision.”

Following trump's interceding, the players got away with just weeks of being in the custody instead facing 10 years of prison by law. However, Liangelo career into making it to the NBA took a short hiatus when he was suspended from the team following the incident.

Liangelo's Trouble in Vegas amid his new Relationship with Jaden Owens

With fame comes money; like many celebrities with extravagant getaways often gets carried away with their after work parties and Liangelo being in his age of frivolousness is of no exception.

Liangelo hit the headlines once again when he was reported to be partying with transgender bottle host Marina Fuentes in September of 2018 while his current girlfriends Jalen and ex-girlfriend, Izzy Morris had an Instagram fight over him.

The eventual hook up between Liangelo and Marina took a new twist when Marina threatened both Jaden and Izzy to release the video where Marina and Liangelo are involved in sexual acts. 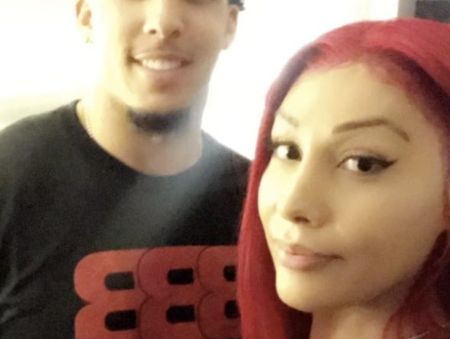 Well, whatever Liangelo wrote the script on Vegas with Marina, he sure gave the tabloids yet another topic to speculate into.

As from Marina, no such video has been published yet, so the real story behind alleged linking up in Vegas is still pretty much open to rumors and gossips. 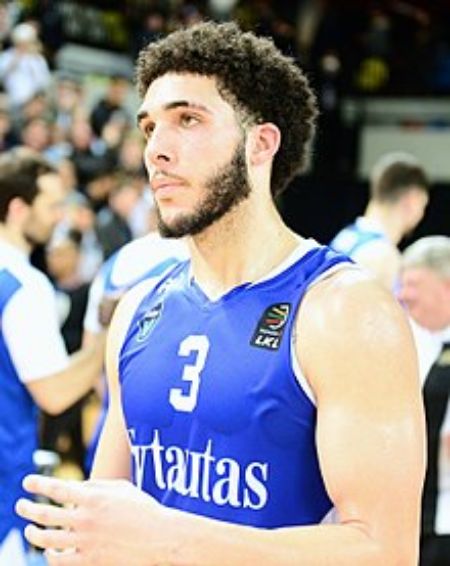