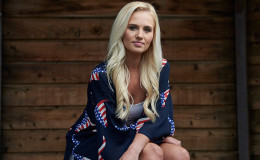 After a successful deafening run on hosting a political talk show, Tomi Lahren has already made a huge name for herself in the political world soaking up all the attention just at the age of 26 and is considered a rising star in conservative commentary.

Fans of the gorgeous commentator have shown a keen interest in her love life. Talking about her personal life, she has dated Navy SEAL Jerad Christian. Well, not only the army, people were all talks about her relationship with Chase McNary when they were spotted getting cozy but the news has faded.

Fans have been dying to know about her current relationship status. So is she linked to someone currently or is secretly married? Scroll down to know about Tori's love partner!

Political Commentator Tori Lahren's Relationship: Who Is She Dating Now?

Looks like Tomi Lahren has found someone to love again!

The 26-years-old political commentator has been much secretive when it comes to her love life but well, she can't just hide everything from the eyes of a camera.

If you do follow her on social media, you would surely know that she is dating a guy named Brandon Fricke who is a former Central Michigan player and currently is the Assistant Director of Football Operations at Vanguard Sports Group. 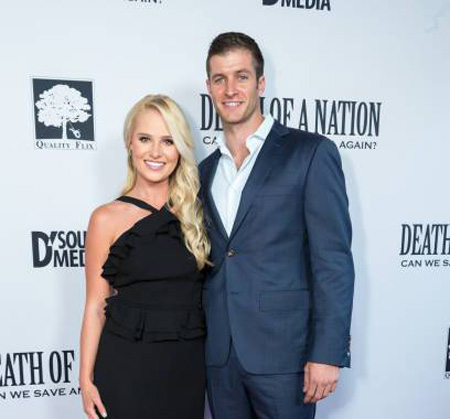 Tomi with her new boyfriend Brandon on the red carpet
Source: GettyImages

The couple has shared several pictures with each other and is spending quality time in their lives. Lahren last posted a picture one week ago in which Brandon is seen with two older people who seem to be his parents. They certainly seem to be happy about everything.

Lahren has not talked about her new boyfriend out in the public but still, their amicable relationship is something to look forward to.

You May Like; Weather Forecaster Lucy Verasamy is secretly dating her boyfriend, Know more about her affairs and rumors

Let us hope that she discloses some details on her love life pretty soon.

Tomi Lahren Dated A Navy SEAL: Know About Her Past Relationships!

This is not only the time Lahren has been linked with someone. There were rumors about her relationship with The Bachelorette season 12 standout Chase McNary.

McNary talked about his rumored relationship with Tomi with Us Weekly. "I've been dating," he first said to the magazine at the Bachelor Charity Premiere Party. Added,

"Nothing serious yet. Nothing really serious. I mean, traveling a lot, obviously a lot of attention. Just trying to figure out what's real and what's true."

During late 2016, a number of pictures popped up on social media of the duo spending some quality time together which raised rumors about their relationship. Turns out the rumors were a little truth about the assumed couple.

Tomi and Chase were together for a few weeks before splitting
Source: HollywoodLife

"We were talking for about two weeks, but we weren’t in the same place, so we went our separate ways. I have nothing bad to say about her. She’s a great girl."

Notably, it cleared out the speculations about the couple which turned out to be a little true.

Before seeing McNary, she was romantically linked to Navy SEAL, Jerad Christian. 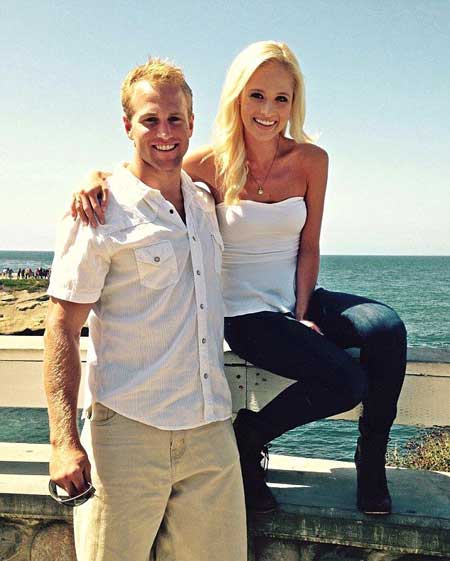 Tomi and Jerad were lovebirds for a while before splitting apart
Source: Pinterest

The blonde became an internet celebrity after a video of her TV speech went viral on the internet where she talks about the shooting of the four U.S. Marines. A friend of Tomi spoke with the DailyMail saying that the anchor wanted to make a speech after falling for a Navy boyfriend. Added,

"Jerad is currently on a secret mission and Tomi is very much in love with him. She's so proud he's fighting for America. Tomi believes in him and what he and all our troops are doing for his country. She said the reason she did the final thoughts segment was that the issues resonated with her because of Jared, he's her hero."

The former couple met during a night out in San Diego in February of 2015 and soon fell in love. The couple was spotted several times together and Tomi posted several now-deleted pictures of the couple enjoying their lives with each other.

Discover; Know About 42 Years Hodgetwins' Wives And Married Life; Details Of Their Affairs And Rumors

News about their dating status was all over the internet but soon faded out. Maybe him going to overseas for his work might have been the reason behind their split. 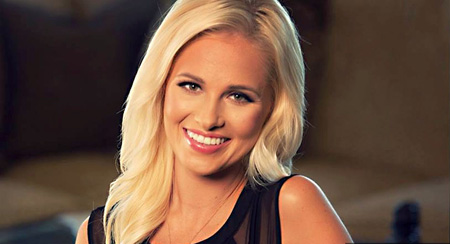