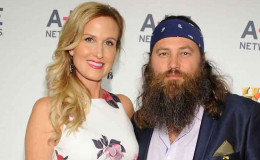 If you people are fans of A & E reality show 'Duck Dynasty', you are definitely familiar with the big-bearded star Willie Robertson. His love life can definitely inspire you all guys as he was with his future wife since he was in the elementary school.

If you people are fans of A & E reality show 'Duck Dynasty', you are definitely familiar with the big-bearded star Willie Robertson. His love life can definitely inspire you all guys as he was with his future wife since the elementary school.

Robertson and Korie Robertson studied in the same university; it's something like 'destined to be together' or what do you say it? They are living together; soon to cross three decades of marriage with their children.

It's quite rare to see a married couple living together and still very much serious in their relationship for more than a decade.

Willie Robertson and his wife Korie Robertson have given us a perfect relationship goal. They have spent more than 26 years of bliss and happiness together with their adorable kids. 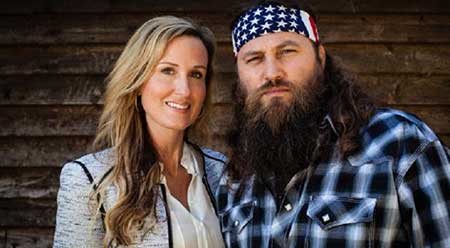 Sources reported that they first met at elementary school and both graduated from the same Harding University and became ever since. After years of dating, they married on 11 January 1992.

Korie appeared on the renowned TV show Duck Dynasty with other members from the Robertson family including Phil Robertson, Jase Robertson, Si Robertson, and Kay Robertson.

Today's Shine a Light on Slavery Day. Our family is in it to end it #enditmovement

She also sang on her family's album, Duck the Halls: A Robertson Family Christmas.

Willie and Korie are enjoying every moment of their marriage with their lovely kids.

Willie Robertson And Korie Robertson; Blessed With Children Along With An Adopted Daughter

The couple adopted their eldest daughter, Rebecca Robertson when she came to the family as an exchange student from Taiwan.

During an interview in June 2017, Korie said,

"Rebecca's our oldest and she's 28. Now she came to us when she was 16 as an exchange student from Taiwan, did not speak a word of English. I thought, 'Oh, no, I've got like four little kids, like 2 to 6 and now I've got a 16-year-old that doesn't speak English; what am I gonna do?"

"But we survived that first year and just fell in love with her and invited her back for her senior year. She came her senior year and it was somewhere in there that we just realized, I remember telling' somebody that I had four kids and one of my little ones said, 'No, you don't; you have five.' And Rebecca just became one of ours."

Rebecca has her family in Taiwan. Her father passed away when she was 11 years of age. 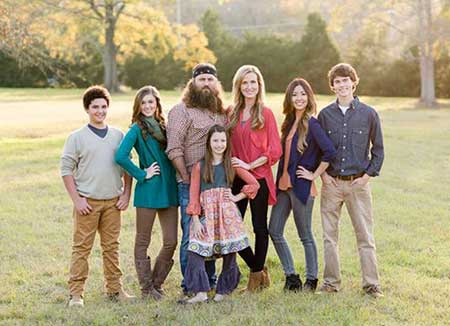 Duck Dynasty Couple with their kids'
Source: U Interview

The kids talked me into this. I hear instagram is what the cool kids do.

Willie and Korie encouraged everyone along with their lovely fans to adopt kids through their TV show 'Duck Dynasty'.

"Will is biracial, so he looks different than us, so everyone noticed and we're like great. You know, who's Will? Where'd he come from and all that?"

All the family members live a wonderful life together despite their diverse origin and that's the only thing required for a beautiful life. 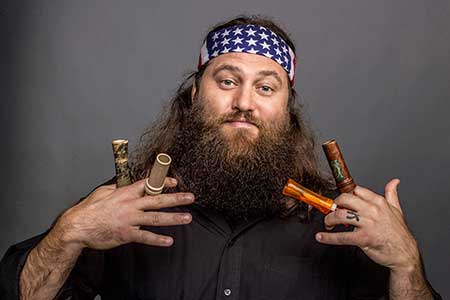