Home Article Actor Bill Paxton is no more: Took his last breath on February 27, 2017: Let us look back his journey including his married life, wife and children

Actor Bill Paxton is no more: Took his last breath on February 27, 2017: Let us look back his journey including his married life, wife and children 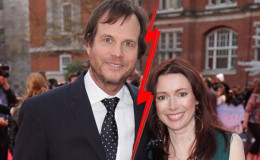 Bill Paxton was an American actor who is best known for his role in movies like Titanic and Twister. He tragically died and left with the legacy. Find out more.

The morning of 27th February was most probably the biggest shocker for all of us, as a representative close to the Paxton family revealed that Bill Paxton has tragically died due to some complications after his heart surgery.

He may have gone to the heaven but he left with a legacy that cannot be compared to anyone. Bill was one of the most accomplished and critically acclaimed actors of his generation.

He had a blissful marriage life and today Married Wiki is here to pay tribute to the legendary actor.  So get ready for an emotional ride.

Not many people enjoy their marriage as much as Bill has. Though he has been divorced once, but it was not going to let him down as he decided to get married for the second time and the decision really turned out to be remarkable for him. 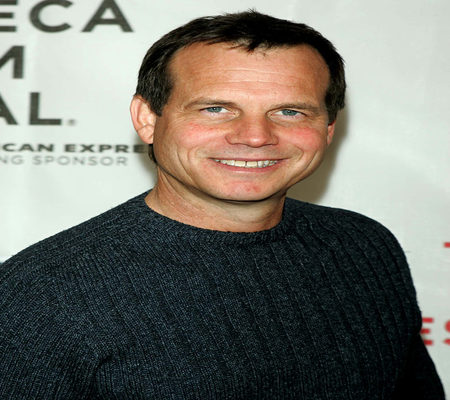 Bill first married Kelly Rowan on 2nd October 1979 after meeting during the early 1970s. At that time Bill was still a rookie and he only played one movie named Crazy Mama. 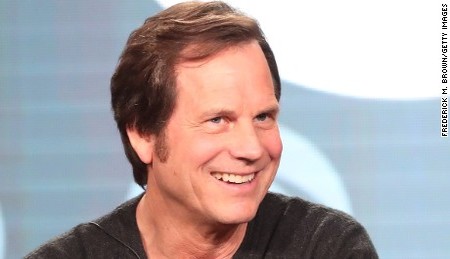 You may have heard the saying that love conquers all and the same thing happened to the love birds. Both of them were totally in love with one another.

Even though Kelly's mother was against their relationship, yet they decided to spend their whole life together.

In an interview with the Film School Rejects website he told that when her mother was against their relationship Bill said to Kelly, "We’re out of here." 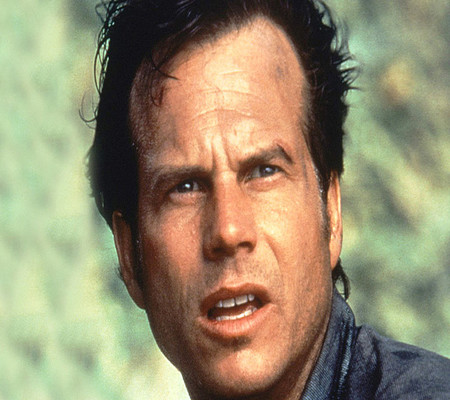 However, the marriage didn't work for the couple as they divorced after 10-months of marriage on 22nd of July, 1980.

The couple didn't have any children between them.

Although, the reason is unknown but judging by the time they spend together and the timing of their divorce indicates that there must have been a serious problem.

Second Marriage-The One and Only

When he was shooting for the film Lords of Discipline in 1983, Bill didn't expect much from London at that time. But it looks like that he was wrong in that aspect as he met his future wife there. 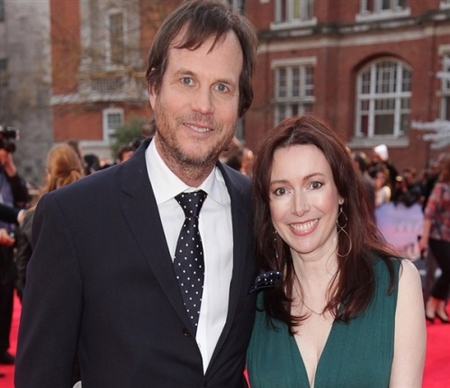 Many of us must be wondering that the couple must have been met during Bill's shooting session but it is not like that. Both of them met in a unlikeliest of places, inside a bus.

Yes, you heard it right, they met in 1983 in one of London's local bus number #37 on Twickenham High Street.

During an interview, Bill recalled his first meeting with his future wife and said, "I saw a gal in a bus queue... She looks my way as she gets on the bus, and that was all the incentive I needed."

It seems it was a love at first sight. At that time Louise was 17-years-old and was a student. Bill had done four movies at that time and his movie career was blooming. 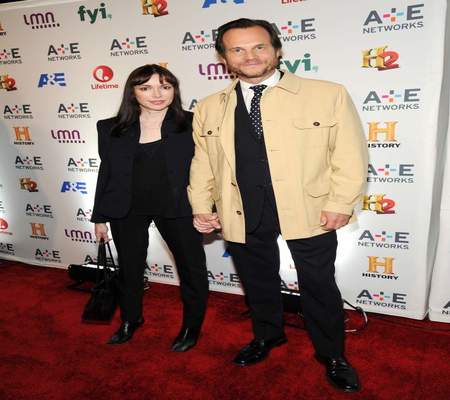 They were in a long distance relationship for five years until the couple decided to live together and both of them relocated in the states. 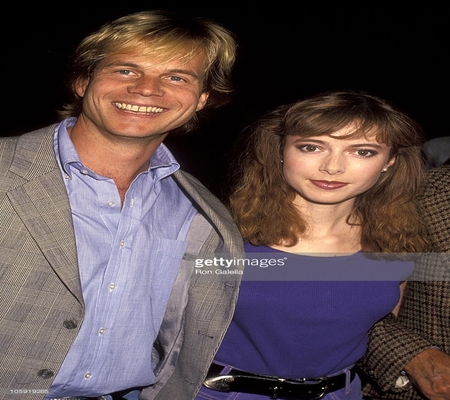 After being in a live-in relationship for a long time they decided to make it official. The couple tied the knot in 12th of May 1987 in a ceremony that was held in the United States.

The couple was together for around 30 years until the tragic passing of the actor. The couple shared a very special bond with one another.

During an interview with Los Angeles Magazine, he said “She knew me when I was struggling. She was a student. We met on a bus in London. I’ve seen her give birth. I was with her when her father died. Then we mixed our blood watching these two kids grow up.”

This really showed that how much the couple loved each other and Louise was there even when he was struggling, but she still motivated him to move further and further.

The couple has been blessed with two children and the couple take really good care of their children. 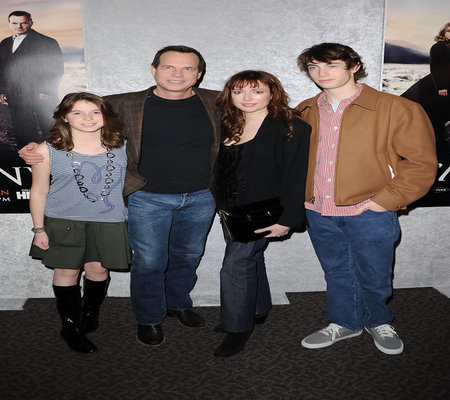 Both of their children have been following in their father's footsteps and James has even landed doing several movie projects as well.

He has also worked alongside his father in the movie Texas Rising. 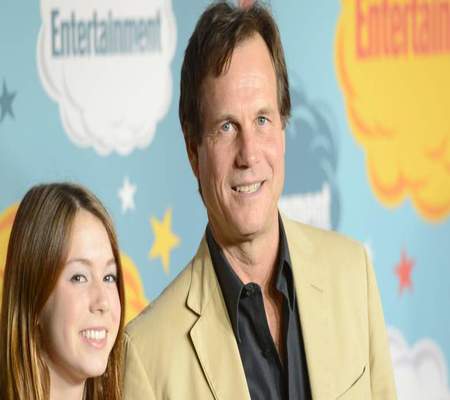 The 23-years-old has starred in movies like Spy Kids 3-D: Game Over, Term Life and The Greatest Game Ever Played.

He is currently working on the USA Network TV series named Eyewitness.

He is very much active on Instagram and Twitter. He always posts about all the incident that is going on in his life. He has not uploaded anything since the demise of his father and we all understand about that.

He shared a very deep bond with his father and he must be very sad after the death of his father. In an interview to an entertainment site named Toofab, he stated:

"I'm very blessed to have him as my father, he's shared so much wisdom with me. I look up so much to him and I think family business stuff is awesome. But I was blessed to be able to break free in a starring role [on USA's Eyewitness] that had nothing to do with anything he was involved in. That was great."

A classic photo of the gang somewhere off on an adventure on Grand Cayman Island. My grandpa and I flew out to visit pops and OB on a trip I will never forget. The pilot wanted to land the plane on my teeth.

Lydia, on the other hand, is still a high school student and she is currently focusing on her studies. She is also active on Instagram and posts picture of her with friends and family.

Bill's children are one of a kind and they are following in their father footstep. He was always supportive of them and he never forced them to do anything outside their own accord.

Even though we all know from his tough roles in movies like Twister, Titanic, and The Terminator.

He has worked alongside many decorated actors like Arnold Schwarzenegger, Leonardo Di Caprio, Kate Winslet, Charlize Theron, and Tom Hanks. 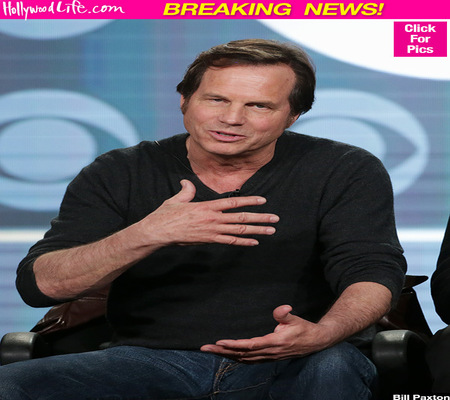 From an early age, he was suffering from rheumatic fever since 7th Grade. The fever hospitalized him for one month and he has to be bedridden for four months.

He had to take penicillin until the age of 18 because of that fever. Many of you may not know but Bill was there when our beloved J.F.K was in Fort Worth. 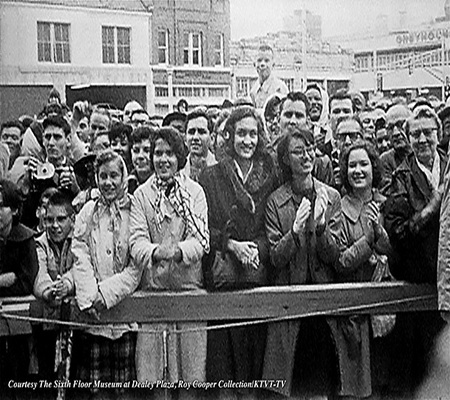 He was very eager to see John F. Kennedy and he urged his older brother to go together with him and see the motorcade.

In 2015 during the filming of Edge of Tomorrow, he was complaining about something that was aching him. When the doctor looked at the signs, it was a problem of the heart. He was often getting strokes and in 2017 he decided to do a surgery on his heart.

But his optimism was really out of this world as he was recalling all the future TV series and movies he is scheduled to shoot.

Edge of Tomorrow director Doug Liman was with him at that moment and he recalled that he was an optimist and said, "Don't worry "Sgt Farell" will be ready to report for duty." 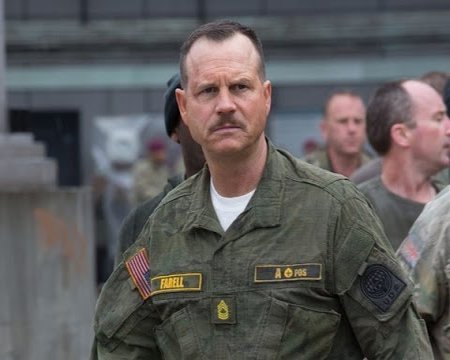 Liman also stated that "Even facing major surgery, his optimism for the future was infectious. He was talking about the future, things we hoped to do together."

It seems he had the will to live more but sadly he was to report himself in heaven and he took it off before finishing all the work that he decided to do.

The main reason for his death was a complication that came after surgery and on the morning of 25th February he had a stroke and it took his life away from him.

Wishes from Celebrities to the Family

After the news got spread out about his death, many celebrities took it to their Twitter account and posted their condolence to the Paxtor family.

Nooooo. Bill Paxton is gone. Such a funny, talented, loving human. Louise & the children & family my & support 2 u. #truelies pic.twitter.com/d4zleWdOrR

You were a great friend to me, Bill. AND one of the finest actors to share a set with. Sending so much love to Bill Paxton's family.

Bill Paxton was hands down one of the greatest guys that I have ever met. I feel lucky to have called him my friend. Bill, I love you. RIP.

Devastated by the sudden loss of my close friend and one of the finest actors in the business, Bill Paxton. Renaissance man, raconteur and

Bill Paxton could play any role, but he was best at being Bill - a great human being with a huge heart. My thoughts are with his family.

All of these celebrities had worked with Bill and the tweets really mean something to the Paxton family. It showed how respectful he was to all the celebrities around the globe.

We wish his family all the best and they have our deepest sympathy. May his soul rest in peace!!