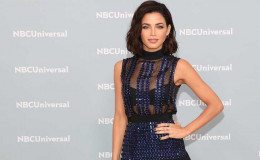 Actress and dancer, Jenna Dewan is kindling romance with someone special after she filed for divorce from her longtime husband Channing Tatum.

Just days after she filed for divorce,  Dewan was captured kissing a mystery man at a Casamigo's party. And now, the mystery has been solved and Dewan, 37, is dating the Tony Award-winning actor Steve Kazee.

Jenna Dewan, the Step Up star welcomed baby no. two Callum Michael Rebel Kazee on March 6, 2020, but made the happy baby news public on March 10, 2020, with fiance, Steve Kazee. On Tuesday, Jenna, as well as her beau, took a cute picture of holding their infant on one another's Instagram. 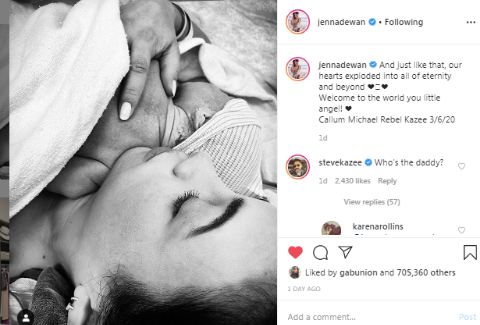 Along with a black-and-white snapshot of herself holding her son for the first time, Dewan wrote, "And just like that, our hearts exploded into all of eternity and beyond".

The newborn is the only child for Tony winner Kazee, but second to the actress and dancer, Dewan. Now, the lovebirds are blessed with two adorable kids. She also had a six-year-old daughter Everly with her ex-spouse, Tatum.

Similarly, the Hartford, Connecticut born actress moved in her life with the man she loves. Dewan and her partner aren't in rush to get married but they've engaged on February 19, 2020, in a hush-hush ceremony. On the very day, she was spotted next to her man with a dazzling diamond ring.

Jenna Dewan, the Hartford Connecticut born actress was pregnant with her first child with Steve Kazee. While running in the third trimester of her pregnancy she showed up her baby bump on October 25, 2019, in a black suit.

The duo announced she'll be welcoming the baby in the fall of February 2020 which would be the best Valentine's Day gift ever for her. In addition to the arrival of the baby, the duo will be living in the new dream house designed by Erin Fetherston. The starlet showed her extravagant residence along with its kinds of stuff and ships they've done on 6 February 2020. 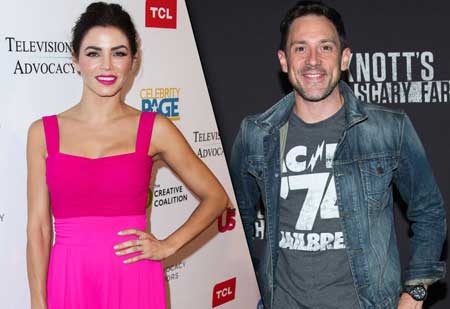 The pair were pictured together on one of their friends' Instagram on Tuesday which shows Steve with his arm around his new girlfriend as they posed with a group of friends.

Sources close to the Step Up actress told earlier this month that she is seeing someone new, but didn't reveal about the man. After their PDA on Friday, it was confirmed that she is dating a new man. A witness told Us Weekly,

He is super handsome. She was introducing him to people in the group. They were dancing all night.

Dewan filed for divorce on Friday, 26th October in LA six months after announcing their split. She cited irreconcilable differences as the cause of their divorce.

Dewan and her ex-husband Tatum were married for nine years before they announced their separation in a joint statement released on Instagram in April.

Meanwhile, 21 Jump Street actor Tatum is dating singer Jessie J. A source close to the actor said of the couple's relationship that the relationship is "new, casual, and they are having fun together."

Be sure to check out Marriedwiki.com for more content.