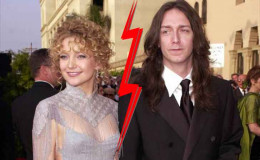 Kate Hudson is a well-known Hollywood actress, author, and businesswomen. She is best known for her role in the movie Almost Famous.

Life has been a roller coaster ride for the gorgeous Hollywood actress Kate Hudson as she once was a single mother of her two sons. But, fortunately, the diva found love in the arm of her new beau Danny Fujikawa.

Hudson seems in a blissful relationship with boyfriend Danny Fujikawa, how's their relationship going? Is Danny a caring stepfather? Let's take a look.

Kate Hudson is dating a musician Danny Fujikawa for over a year now. Though Hudson and Danny are dating for a year, they know each other for over a decade as Danny is a stepbrother of Hudson's best friend Sara. 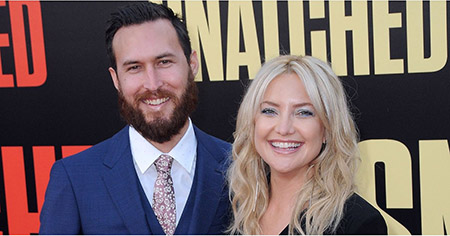 From their romantic relationship, the lovely couple is expecting their first child together, a baby girl. The couple shared their happiness by posting a cute gender reveal video on Instagram on 6th of April this year. Hudson is very excited as she is expecting a baby girl.

SURPRISE!!!  If you’ve wondered why I’ve been so absent on my social channels it’s because I have never been more sick! It was the most sick first trimester of all my children. Boomerangs have made me nauseous, Superzoom is an easy way to have my head in the toilet, food instagrams make me queezy and thinking too much about insta stories made me even more exhausted than I already had been. If you’ve seen me out and about smiling and pretending like everything is amazing...I was lying! BUT! I have broken through on the other end of that and rediscovering the joys of insta/snap. We have been trying to keep this pregnancy under the radar for as long as possible but I’m a poppin now! And it’s too darn challenging to hide, and frankly hiding is more exhausting then just coming out with it! My kids, Danny, myself and the entire family are crazy excited! A little girl on the way

The baby girl will be Hudson's third children as Hudson is a mother of two from her previous relationships. They are going to be a gorgeous family, aren't they?

The Golden Globe Awards winner Kate Hudson was married to a musician Chris Robinson. They first met at a Halloween party in 1998 and immediately after started dating the lovebirds tied the knot on 31 December 2000. 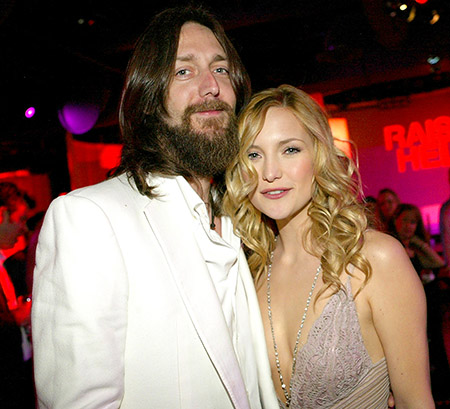 Kate Hudson with her ex-husband Chris Robinson
Source: US Weekly

They were a happy family for seven years until Hudson's publicist announced that Kate and Robinson had separated. Later, on 18 November 2006, Robinson filed for divorce stating irreconcilable differences. On 25 October 2007, their divorce was finalized.

Regarding the reason for the split, Kate stated,

Chris and I divorced for the right reasons – we just didn’t work. But we remain extremely close.

According to Kate, she and Chris are very concerned about their son Ryder and are co-parenting in good terms.

Kate Hudson then famously dated musician Matt Bellamy. They started dating in the spring of 2010 and later in April 2011, they became engaged. The couple welcomed their son Bingham Hawn Bellamy on 9 July 2011.

The couple looked like a happy family until they called their engagement off in December 2014. In spite of the split, Hudson, and Bellamy are a doting parent to their son. 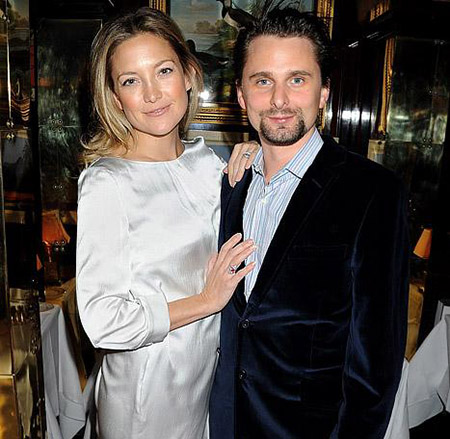 Hudson was in an on and off relationship with You, Me and Dupree co-star Owen Wilson from 2006 to 2009.

Kate was romantically linked with Nick Jonas in 2015. After that, she was rumored to be dating DJ Diplo. 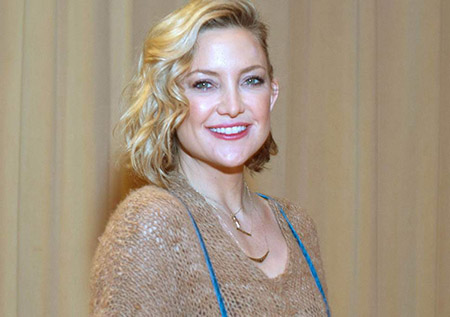