Home Article Actor Andy Milonakis Dating Someone? Was Born With A Congenital Disorder

Actor Andy Milonakis Dating Someone? Was Born With A Congenital Disorder

Comedian Andy Milonakis is currently single and fully focused on his career. Th actor suffers from growth hormone deficiency. Know about him

The actor who started his career through funny viral videos and whose creativity earned him a celebrity status Andy Milonakis is not a new name to us.

Getting bullied during his school days and suffering from a growth hormone deficiency is a hard thing to overcome with but Andy, however, has well managed to give best to his career.

The actor can be seen with several women around the industry but is he dating one of them? Scroll down and find out!

Andy Milonakis is a little reticent when it comes to talking about his personal life. The 42-year-old actor lives a low-key life.

Since there is no news of his dating life and affair we can assume he is single. 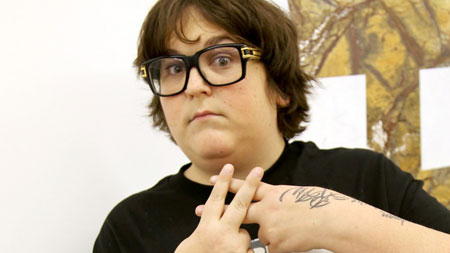 Andy is currently single and focused on his career
Source: Reddit

Though the actor can be seen taking pictures with pretty girls, there is no sign of him being romantically linked with them.

Discover: Is Tom Netherton still Single or Married? Who is he dating Currently? Know about her Affairs and Relationship

He constantly jokes about getting married and how he cannot wait to get married just to wake up next to someone annoying.

The actor is active on social media and has gained a huge number of followers of 384k+ on his Instagram.

Andy Milonakis Was Born With A Congenital Disorder

Actor and comedian, Andy was born with a very rare disease, a congenital disorder which causes growth hormone deficiency. The disease causes one to look very young even at an older age.

He used to take classes at the Upright Citizen Brigade Theatre while working for an accounting firm simultaneously and started posting videos of sketches and rap freestyle which brought him to fame.

Andy was found by Jimmy Kimmel and made him regular on the Jimmy Kimmel Live show in the 2003-2004 season. Andy is the writer and star of The Andy Milonakis Show. He currently runs his own show, MUNCHIES which is a YouTube channel and is all about food.

The actor has voiced several characters in movies and has also appeared in music videos including Who's Your Caddy with Big Boi and Lil Wayne. 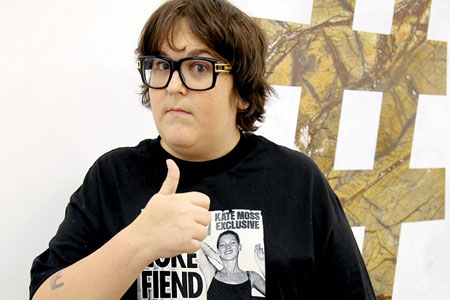