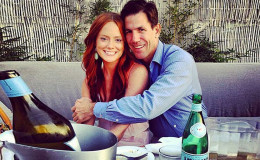 Thomas Ravenel is a former State Treasurer who was also the candidate for the United States Senate in the 2014 election in South Carolina. Thomas, currently, stars on the reality series Southern Charm.

He is a living example of a person who doesn't give up on love despite all the heartbreaks. As many of you already know he is formerly a married man who didn't end up well for him.

After splitting with his partner, Kathryn Dennis, the actor is once again dating a beautiful girlfriend. Find out more about his current and past relationships below.

Are Thomas Ravenel and Kathryn Dennis Reunited in Real?

The 57-year-old American politician and his ex-girlfriend, Kathryn Calhoun Dennis surprised their fans by attending the private events together. The State Treasurer added, he and Kath are reunited for a night out on the town for the sake of their children. 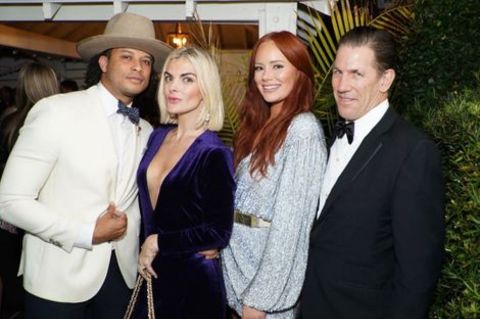 Thomas Ravenel, Kathryn Dennis joined by their friends at night out.
SOURCE: Instagram

The parents of two kids become a part of an event held in the Holy City which Kath captured in an Instagram post on January 12, 2020. In the snap, Dennis seemed radiant in a sparkly silver dress and gold belt. Meanwhile, Thomas posed next to her in a black tuxedo.

Ravenel and his sweetheart looked happy together while posing for photos with friends. The rumors swirled like fire as fans speculated the two patched up again. When a fan asked if Ravenel and Dennis were dating.

He said "No we're doing some things together cause it makes the kids very happy to see us getting along. In this matter, our interest is mutually aligned". Kathryn backed up Ravenel's remark writing, "Lol we are just friends".

Thomas Ravenel Is Currently Dating Someone: Meet His New Girlfriend

Thomas Ravenel, after breaking up with the girlfriend of three years; mother of his two children Kathryn is currently dating Ashley Jacobs.

He started working on the show, Southern Charm since 2014 and his girlfriend Ashley will also make her debut on the show soon. They first met each other at a bar during a 'Cinco de Mayo' celebration in Santa Barbara, California.

Thomas Ravenel with his new girlfriend Ashley Jacobs.
Source: All About The Tea

Ever since then they are glued to one another. They often share beautiful pictures of themselves on their social media.

The couple is really happy together and is often seen hanging out together at different places despite their busy profession. Ashley is a nurse by profession but now she is about to start her career as an actor.

Thomas Ravenel And Kathryn Dennis-Fighting Against World Together

The past few months for the couple have been quite tough. The couple is dealing with sexual allegations and break up rumors but despite all that, they are still together and much in love than before.

Recently, Ravenel is being investigated by South Carolina police after nanny Dawn who takes care of his two children accused him of sexual assault. However, Ravenel has denied all the allegations against him.

On the other hand, Jacobs is battling accusations of being an escort including the backlash from fans post her feud with Dennis on the 5th season of Southern Charm. She revealed experiencing some severe anxiety after the incident.

Though both of them are going through the lot, the support and love of each other have helped them to stay strong. Jacobs said:

“He’s been there for me through times after episodes, the hate I’ve received. I’ve cried. I’ve been very sad. My world has really been shaken up a bit. And there are times where he’s just like, ‘I’m coming over because I think you need me right now.’ Or just, ‘I’m going to bring you lunch, I’m going to bring you dinner, I’m worried that the stress has gotten to you or you’re not eating.’ He’s just been a shoulder to cry on. And he’s really stepped up.”

She further said how Ravenel is the only person she can relate to and how he is the most important person for her.

“He is the only person who can really relate with me and has gone through the same experience with me, “I can’t really relate to anyone else, not even my family or friends. I get off of work and he’s always my first call. He’s my family. He’s all I have here. It’s made us stronger that way.”

They were also rumors that the pair is no longer together but clearing all the rumors, Jacobs said:

“We’ve just been chilling out on the social media front. I think that’s why people are questioning things, because we are both very public. I like social media, but we have just sort of chilled out, so we get a lot of those questions because we are not putting pictures with each other.”

“But I can tell you, we’re doing great now. We’ve been doing less going out, less going downtown, less going to bars or restaurants We watch Netflix every night. We eat ice cream, we order food in. We’ve been homebodies, and that’s made us closer.”

At last "a person who truly loves you will never let you go no matter how hard the situation is" and the Ravenel and Jacobs have proved the statement right.

Prior to Ashely, Thomas was in a relationship with Kathryn. The pair dated from 2013 to 2015 and even shares two children between them, St. Julien Rembert Ravenel and Kensie.

He was also married to Mary Ryan Ravenel back in 1995 but the duo divorced in 1998. He then got engaged to Candace Yearwood but sadly their engagement did not last long.

Returning from Church with kids in tow.

Thomas later started an affair with Danielle Tosi and within no time the duo engaged in 2011. While we all thought they have their happy ending destiny had something else planned for them. Yes, you got it right they broke up and let us say it was not a happy breakup.

Who could forget all those ring dramas? Soon after their engagement fall, Thomas sued Danielle to get his ring back; he never got the ring instead got some money.

All those relationships were in the past, as of now, Thomas seems happy with Ashley and we wish them to be always together. 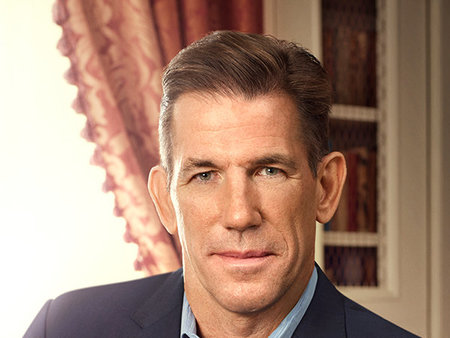 Don't forget to visit Marriedwiki for interesting Gossips of your favorite celebrities!!!