AJ McLean's Blissful Married Life with Wife of 8 years Rochelle DeAnna McLean, "I met my match, my equal, my best friend for life"

The Backstreet Boys singer AJ McLean is widely known for his solo 'Teenage Wildlife' and the recent one 'Live Together'. He's also doing quite well as a model, actor, and dancer.

The Backstreet Boys singer AJ McLean is married to Rochelle DeAnna McLean. The couple tied the knot in December 2011 and have two children together.

After a long battle with his drinking and drug addiction, AJ is trying to be a good husband and father. Read the full story here!!!!

The singer exchanged vows with longtime girlfriend Rochelle in December 2011 in a goth-themed wedding in Los Angeles. Rochelle is a model and makeup/hair artist.

Rochelle is a huge inspiration in AJ's life as she's the one who helped him overcome his addiction. 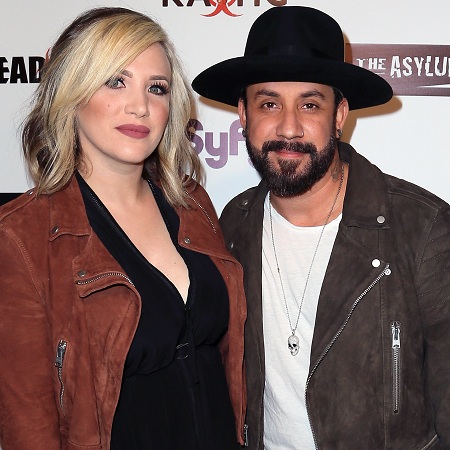 Backstreet Boys star AJ McLean and his wife together in an event
Source: Life & Style

McLean spilled the beans that it was the thought alone that made his wedding event day so special. He said,

"I met my match, my equal, my best friend for life. The only woman alive to tame the savage beast."

Ava's first homework assignment... a picture of her family! I thought that would be easy. Come to realize.... the last picture of all four of us was from our People Magazine shoot when Lyric was four days old. How ridiculous is that?! I really try my best to be in the moment when I'm with my family and NOT on my phone! The first time Ava asked me to pay attention to her and put my phone down was such a harsh reality check! From that moment I vowed to do my best to be present and not lost in this screen. But here I am... I find myself posting and ranting. Where is the happy medium in all of this! Does anyone else find it a struggle of being present and yet being caught up in what's happening in the world and on social media?! . Anyway.... enough of the rant! Here is a current family photo (which I promise myself and my family we will take the time to take more of!)

Soon after the wedding, the couple welcomed their first baby girl, Ava Jaymes. Despite few ups and downs in their relationship, the pair is living a blissful life together with no divorce rumors.

The 39-year-old Backstreet Boys singer became the father for the second time on Sunday night, 19th March as confirmed to PEOPLE exclusively in Los Angeles.

Unfortunately but fortunately this is the only pic I got this weekend! I was struck down with the stomach flu just hours before we went to Disneyland this weekend. But come Saturday morning I put on a smile and walked through that park like I hadn’t puked and pooped my brains out the night before! There was no way I was missing my baby girls birthday trip! I just wish she was in this picture with us! . . #smallworld

"I was told by someone very dear to me that having a child will change you forever, and that was beyond true with Ava. We decided to try one more time because even though Ava is so independent, the idea of having a sister or brother for her became more and more important to us."

"Despite the fact that I’m an only child and (all jokes aside) turned out okay, my wife is one of four and that showed me there’s something beyond special about having siblings. Now, seeing the excitement and anticipation that Ava has about being a big sister is truly amazing, and the best feeling in the world. She’s been practicing for months with her dolls, and with some of my wife’s friends’ babies."

The Show Me The Meaning of Being Lonely singer also said that being a father of two is a dream come true. He's very proud at the moment and even very excited to welcome Lyric in the world.

It’s 90 degrees today.... so we are going to pretend it feels like fall #underwoodfamilyfarms

The star also shared his happiness and thanked all the well-wishers via Twitter.

"A lot of girls in the house! Girl power all the way! All my boys have boys, so it’s nice to have girls."

AJ McLean fought a long battle with his drug and alcohol addiction, and his wife and friends were always by his side. 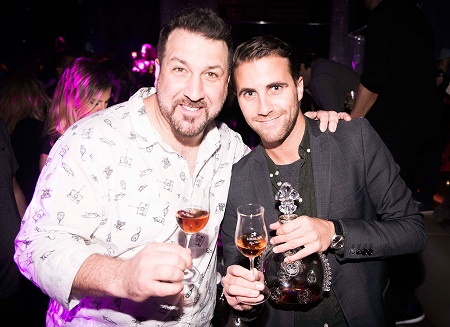 He explained with Daily News Entertainment,

"For personal reasons, I've checked myself into a rehab clinic. With 2011 being a busy year for Backstreet, I want to be healthy and at my best."

He made a great effort to get clean once again as his 'out of control' behavior caused a great problem to the group itself.

"Once I got sober things really kind of kicked into gear for me a recovering alcoholic now six years sober. Everything I was feeling, I started just putting it down with pen on paper and applying music to it."

During an interview with New Zealand radio station ZM, he explained addiction as the hardest thing he has ever had to go through. He checked into the rehab for the third time on 10 January 2011.

McLean credits his lovely wife and bandmates who helped him a lot in this difficult time.

'I'm trying to be a good husband and a good father and deal with life on life's terms. There is a lot going on. It's been overwhelming.'

Well, let's wish him to be always happy and healthy. 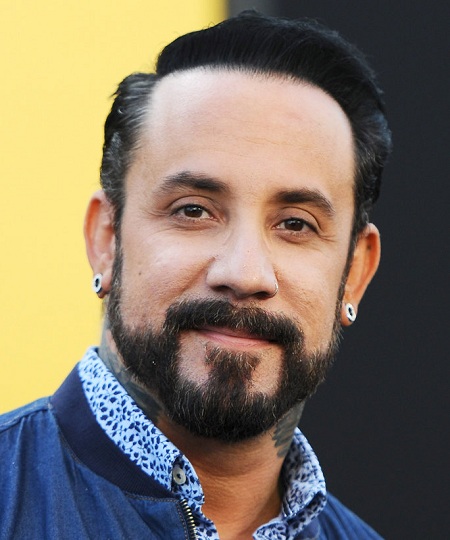