Home Article "Thoughts And Prayers Are Not Enough", All You Need To Know About Washington DC's March Of Our Lives 2018

"Thoughts And Prayers Are Not Enough", All You Need To Know About Washington DC's March Of Our Lives 2018

Washington DC's March Of Our Lives 2018 to be held this coming Saturday; Where is the venue; which routes will be closed, who will be performing in the protest; Also, see..

No one can forget the tragic shooting at the Douglas High School in Parkland Florida which left 17 bright futures lose their lives in an instant. The fatal shooting shook the entire country and the world.

Even though the government is yet to make any amends in the current gun policy, the mass is taking the matter into their own hands are going to participate in, March For Our Lives, a non-violent protest.

What You Need To Know about March For Our Lives, Washington DC

This coming Saturday, a group of students from the Douglas High School are organizing March For Our Lives in Washington, DC. Not only in the capital of the United States, marches all across the globe is popping up.

Ever since the incident happened, which left 17 dead and many more injured, students from all around the country are protesting against the law.

For the past few weeks, they've been asking legislative actions while visiting the statehouses. Not only that, they stage a lot of walkouts during the protest and organized several marches.

According to the data, more than 500,000 people are expected to join the students in the protest. The massacre happened on the day of Valentine Day when the former student Nikolas Cruz unloaded all of his ammo on innocent students and teachers.

The shooting became the deadliest high school in the history of the United States. We're sure many of you might wanna know all the details on the mass protest so here's all the schedule.

The Stage: National Gallery of Art will be making the stage which is situated on Third Street and Pennsylvania Avenue NW.

A full map of the route is also provided on the official website of March Of Our Lives.

The March For Our Lives official Twitter account announced all the above celebrities will be joining them in the march.

We’re so excited that @Lin_Manuel and @BenSPLATT will be performing on Saturday in DC! Thank you both for this beautiful @HamiltonMusical and @DearEvanHansen mash-up, “Found/Tonight.” Proceeds go to #MarchForOurLives. Stream & download here: https://t.co/isNrToK86L pic.twitter.com/y8kgPM6kIz

The Program: The performance and speeches will start at around 3 p.m in the noon.

If you're planning to drive around the area of the march, then we recommend you not to drive. Numerous streets are set to be closed and there are few streets who will stay closed as early as Thursday and Friday. 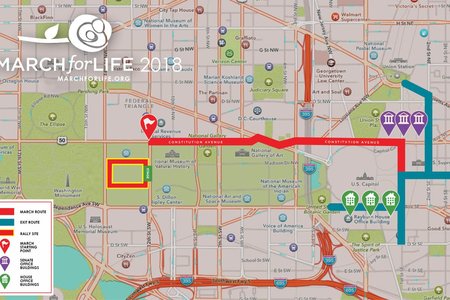 The full map of roads that will be closed and which will remain open
Source: March For Life

The march is not only held in the capital as people from states such as New York, California, Arizona, Illinois, Maryland, and many others are also marching in their own way.

What Is the Main Demand of The Protest?

The protest is against the current gun policy which allows anyone who is above 18-years-old to buy guns. Rifles such as semi-automatic can be bought easily in many of the states in the USA. 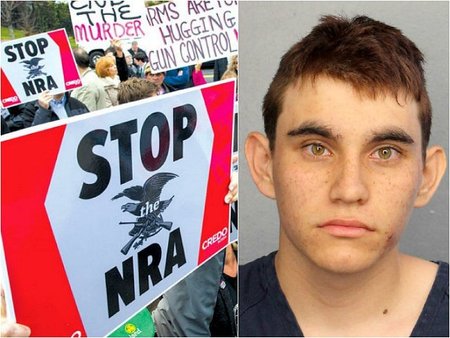 People are demanding to shut down NRA for good
Source: Breitbart

Protestors are demanding to increase the legal age to 21 and bolster the background check. They are also demanding to give rights to the police so that they can seize weapons from the person who poses an extreme risk to violence, though many politicians are opposing the demand of limiting the gun sales.

The students are demanding,

"That their lives and safety become a priority and that we end gun violence and mass shootings in our schools today.”

Many states who were once National Rifle Association's stronghold are slowly making amends in regards to gun policy.

Many Republicans are abandoning the NRA in hot pursuit of making gun policy strict.

Victims of the Parkland Shooting

The incident took the life of 17 students on spot and numerous were left injured. The first name of the who died was Aaron Feis. He died while he was shielding students. He worked as the Assistant football coach.

Jamie Guttenberg died of 14 fatal injuries while her brother Jesse survived. The death of the freshman soccer player Alyssa Alhadeff was confirmed by her friend Melissa.

Nicholas Dworet a swimmer at the high school who just recently was awarded a scholarship. Martin Duque's death was confirmed by his brother Miguel.

Many innocent and young minds lost in a blink of an eye. All of them are in a better place now. We request all of your viewers to attend the mass protest against gun violence and help make the United States a better and safe place for the students.