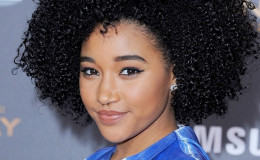 The gorgeous actress, Amandla Stenberg is single in present days and is also focusing on her career as well.

The Hunger Games star Amandla Stenberg is one of the talented actresses of Hollywood; recently we saw her as Madeline Whittler in the romantic drama movie Everything, Everything directed by Stella Meghie.

However, today we are here to talk about the personal affairs of Amandla. So, is she dating someone? Who is her Boyfriend? If you guys are curious to know about her relationship status then this article is for you.

Amandla 18, is at the initial phase of her career and is working really hard to reach the height and as far as her relationship status is concerned than looks like the pretty diva is single with no dating life and boyfriend.

However, she is rumored to be dating her co-star Nick Robison as the duo is spending lots of time together and often share their pictures on social media accounts.

Amandla even stated that they hang out with each other a lot. But hanging out together does not prove her relationship with him.

They might just be friends so keeping in mind she might be possibly single in current days.

Came out as a bisexual

The gorgeous young actress, Stenberg turned out to be a bisexual after she uploaded a snap chat video. She also called herself as a black bisexual woman to all the audiences and the media.

''It's a really, really hard thing to be silenced and it's deeply bruising to fight against your identity and to mold yourselves into shapes that you just shouldn't be in."

"As someone who identifies as a black bisexual woman, I've been through it and it hurts and it's awkward and it's uncomfortable''. 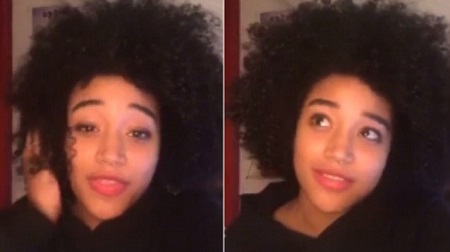 This statement proves that she is a bisexual and is fighting with the truth but it is the 21st century and it ok to face the truth either you are a lesbian, gay or a bisexual.

Her Affairs and Relationships

In 2014-2015, Amandla was rumored to be dating an American actor plus rapper, Jaden Smith; son of popular actor Will Smith. It is yet not confirmed that they actually dated or not but as per their pictures, they seemed pretty close.

Jaden and Amandla even attended a prom night together. Not only this but they were also caught so many times together. But after some months, Jaden was spotted with, Kylie Jenner who is a model. 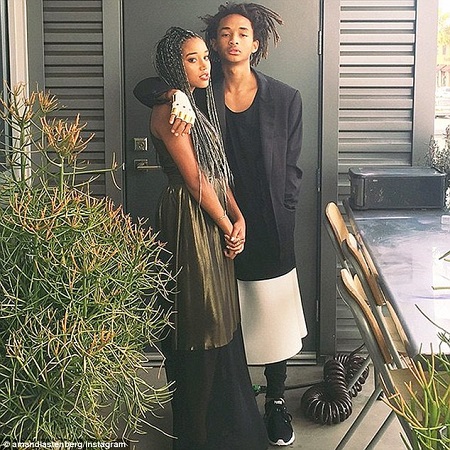 Jaden and Amandla together for prom, Source: Daily Mail

Due to Jaden hanging out with both the ladies there arises a cat fight between them. Kylie commented on Amandla hairstyle by dominating her and Amandla spoke publicly about the cultural appropriation.

As of now, Jaden and Amandla are just good friends and Kylie Jenner is dating Travis Scott.

Tell me who ur loyal to. 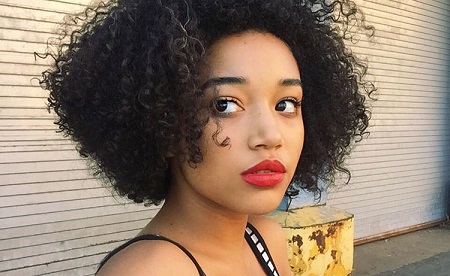