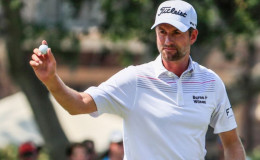 Know about the marital life of American Golfer, Webb Simpson's with Taylor Dowd Keith. See if they have children. Also, know the recent controversies of Webb from the golf yard.

James Frederick Webb Simpson is an American professional golfer on the PGA Tour who is famous on the greens for winning the 2012 U.S. Open and the 2018 Players Championship. From his early days, Simpson was a member of the United States' victorious 2007 Walker Cup and 2007 Palmer Cup teams.

But far from the meadows, today we will take a look at how Webb is dealing his life after all that wedges and irons. Know if he is married, divorced or dating somebody. Also, follow the recent controversies Webb created in his professional life.

Webb Simpson is currently in a very much blissful marital life with his wife Taylor Dowd Keith. And the beginning of their nuptial life actually commenced in the month of January, the year 2010. 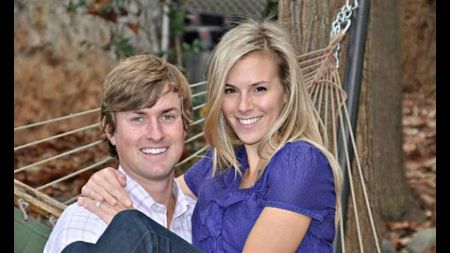 Fast forward to one year, and in January 2011, the newly-weds went on to begin their parenting phase, with their first baby boy, James. Similarly, soon after Webb’s Simpson’s US Open in 2012, they added their second child, a girl who they named Willow Grace.

Recommended: Radio host Erik Kuselias and Golfer Holly Sonders married life. Do they have any children?

The nesters still not done with their fondness parenthood, further added their second daughter, Augusta and their latest one Mercy in May 2016.

But how did the romance blossom in the first place?

Webb Simpsons; $100 That Changed His Life!

Well, apparently, the destined to be husband and wife first met whilst at Wake Forest University and it was quite an unorthodox meeting at the time.

Webb was an incoming freshman and Dowd back then was just a sophomore. And so came Webb’s father Sam, who initially offered Dowd $100 to go on a date with his son.

She momentarily responded with,

Dowd, on the other hand, said;

After graduation, Dowd went on to pursue an acting career in Los Angeles and Atlanta simultaneously following a couple of theatres' gigs.

Along with Webb, she is also, a devout Christian and studies the Bible regularly.

“That subject [religion] interested me most at the time. I’m a Christian, so I thought learning about other religions could only help me firm up my beliefs in Jesus.”

For now, the pair is really happy together with their four children. We wish they remain like this forever.

The recent 2018 players Championship winner, Webb Simpson sparked the headlines earlier this year on January 5 with his rather punitive gesture in the yard. 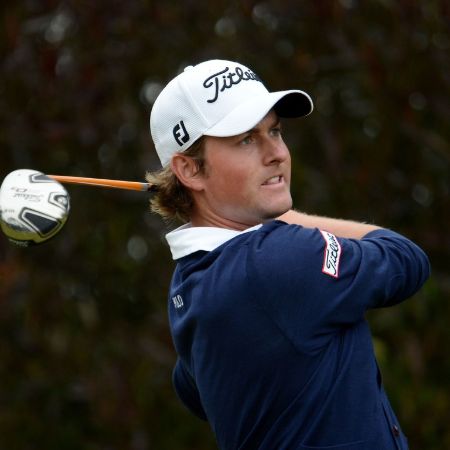 Evidently, as per various sources, it all began when the golfer was searching for his ball in the weeds short of the fifth green Saturday at Kapalua, Hawai. Next, he stepped on a clump of grass and then leaped out the ball. Five days before that, Webb was ought to add one shot to his score.

But going against the new Rules of Golf, he instead put it back where it was without penalty.

Indigestion to the association committee, plenty of talks went against the player putting on the green with the flagstick in the hole. To say, this wouldn't have been an issue if the officials weren't already against the players with their quirk routine of dropping the ball at knee-high length instead of shoulder length.

But Webb broke that threshold with his turn and this became the first example of the intent behind the five-year project to modernize the rules.

"It's all about common sense."

"Under the previous code where a player is searching for the ball, who is the most interested to find the ball? The player. Who do we penalize? The player, who then becomes the least interested in finding the ball."

One example of such incident was that from last year in the first round of the U.S. Open at Shinnecock Hills. Phil Mickelson pulled his way into grass so thick that he couldn't see it. A marshal placed a tiny flag in the proximity of where it last went.

The marshal concurred, and Mickelson then pleaded an official if there was a rule that he had to play the shot if he couldn't see it. But sadly, for him, there was no relief then or now for that one.

The same situation followed Simpson but this time he is rather getting away from confrontations.

Simpson also called for a ruling to be sure. And evidently, it falls under Rule 7-4 that says, "There is no penalty if your ball is accidentally moved by you, your opponent or anyone else while trying to find or identify it."

With that, Simpson didn't receive the same fate as Mickelson's but still was left in a tough spot in high grass. He eventually blasted it over the green and even made a bogey for those who were rooting for him to get penalized.

A year ago, this could have been worse for Simpson. 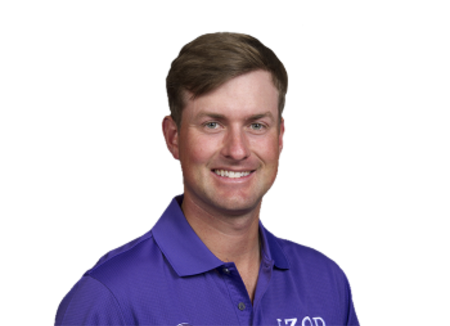