American Singer Mya Harrison Stated Her Ex-Managers Wanted Her To Date Famous Stars For Fame; Details About Her Current Relationship and Boyfriend. 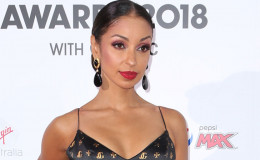 "Relationships last longer when nobody knows your business." The above words apply the best in our lives as keeping romantic life and affair far from the eye of media can definitely save it from baseless rumors. American singer Mya Harrison was rumored being in relationships with famous rappers in the past but she took her step and shut down all the speculations.

Though her ex-managers wanted her to have an affair with famous faces in the industry, she always wanted her love life to be so simple and yet so perfect. Does she have a boyfriend? Is she dating or still single? Let's get details!

Mya Harrison's always been fielding rumors about her dating life with some well-known artists that she worked with. During an interview with Hot 97's Ebro In The Morning, she disclosed why she kept her romance low profiled throughout her career.

After years of being in the music industry, she mentioned what it feels to be single, sexy, and free. 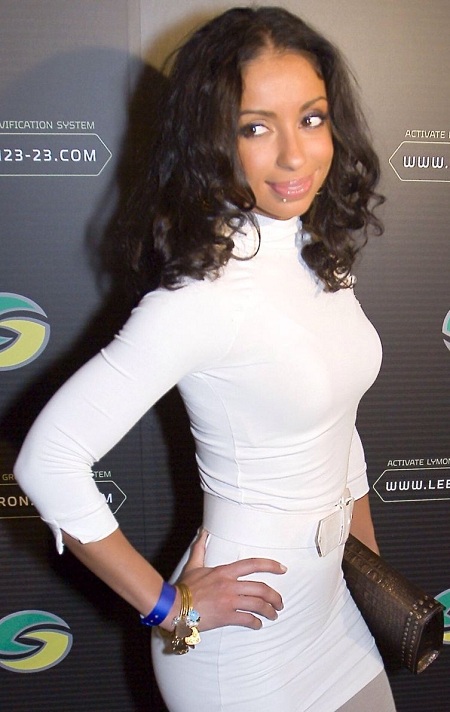 Mya Harrison is most probably single at present
SOURCE: Pinterest

"I've had two boyfriends in the industry. Like, relationships. But I never say names because I respect my relationships and what we've gone through...people have linked me to a lot of people, but people also project what they want to see for you."

Her father used to manage her career in the beginning but after her parents divorced, she separated from him. Later, outside managers handled her career who often suggested her to have an affair with fellow artists to rise up high in the industry.

"My intention has always been love and connection with a person beyond anything else. I’ve been so private because I didn’t want it to make or break me or to be a public stunt. I’ve really fired a lot of managers that had that mindset or publicists that had that mindset of, ‘Oh, you need to go on a date with this person because it’s going to help album sales.’ No thank-you. That’s not my flow. I don’t like it. I understand it from that perspective. … I am single. Focused. Celibate."

Earlier in 2014, she was rumored to be dating Jay Z. She took Instagram and shut down all the speculations. She wrote,

"@kimdafuture Never did, never was, never will."

Later, she responded to one of her fans,

"Illegitimate, thirsty sources with no facts and that’s the ‘media’ for you-especially today. I play second to no one, pay my own bills, have my own label, own management company, rely on God only and respect myself & marriage way too much for nonsense. False rumors are crafted for ratings & numbers."

Meanwhile, looking at her current Instagram posts, one can simply guess that she's single at present and definitely not in the love game.

Well, we wish to see her in a romantic relationship soon!

Harrison is very much close to a Jamaican musician Jah Cure. She's recently teamed up with Cure for the new music video Only You from the Royal Soldier Album. Mya shared the photo of two via Instagram on 20 September 2019.

Except for Jah Cure or her fellow musician, she's rarely spotted with any men on PDA nor she's heard of having an affair. Maybe, the 39-year-old artist is waiting for Mr. Perfect in her life. Some day or the other day, she'll surely update about her partner to the media.

Mya Harrison: A Glimpse At Her Career

Harrison's start in the music was rather an easy one born in the family of a musician.

She initiated her career signing a deal with Interscope Records in 1998 and released her debut album the same year.

Her singles including  "It's All About Me", "Ghetto Supastar (That Is What You Are)", and  "Take Me There" was worldwide hit.

She grabbed a Grammy Award in Best Pop Collaboration with Vocals for the "Lady Marmalade" in 2002. She recorded two exclusive albums, Sugar & Spie and K.I.S.S. (Keep It Sexy & Simple) in 2008 and 2011 respectively.

Not just in singing she's equally talented in dancing, modeling, and acting. She took part in the 9th season of Dancing with the Stars and achieved second place.

Recommended: Is American Singer Sofia Carson, 24 Dating? Records of Her Past And Current Relationship!

She stepped in the acting field with her debut movie In Too Deep alongside LL Cool J and Omar Epps in 1999. Some of her movie roles include  Dirty Dancing: Havana Nights, Shall We Dance?, Cursed, and Chicago.

Here's Mya Talking about her career and dating in the industry:

Check out marriedwiki.com for celebrity updates.