Home Article My Big Fat Fabulous Life star Whitney Thore, After Her Dramatic Break Up With Avi Lang, Is Dating Someone-Who Is Her New Boyfriend?

My Big Fat Fabulous Life star Whitney Thore, After Her Dramatic Break Up With Avi Lang, Is Dating Someone-Who Is Her New Boyfriend? 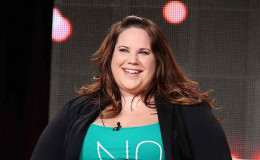 TLC's My Big Fat Fabulous Life star Whitney Thore is pretty successful in gaining wide support from her fans in her attempt for her weight loss goal. She was really upset when she received "accusatory" messages of not losing weight despite adopting some challenging moves in the CrossFit-style workouts.

My Big Fat Fabulous Life star Whitney Thore is not a new name to us. She gained international fame as a fat acceptance movement activist who started an online campaign for promoting positive body image, No Body Shame.

She has inspired thousands of women out there who feels insecure because of their weight. She gave them hope and confidence. She is very open up about her body image and health issues but what about her personal life? After her dramatic break up with Avi Lang, is dating someone? Who is her new boyfriend? We have all the details here.

Whitney Thore's Personal Life; Is She Dating Anyone Secretly? 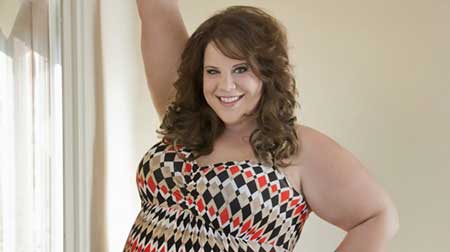 Gorgeous Whitney Thore in a photo shoot
Source: Circa

If you are a regular viewer of her show then you definitely know about how she broke with Avi Lang. The ex-couple was together from September 2016 to March 2017.

Discover; Cause' One Is Too Mainstream! Paris Hilton Is Planning Three weddings With Chris Zylka

Her romantic life gone bad was one of the major storylines of Season 4.

"It’s so frustrating to be on TV and know you have an entire life behind two two-hour episodes. It’s really hard because the full picture is never shown."

Lang was already engaged to a girl named Nada Louis and was in a relationship with many other ladies. Later, Whitney found out about his various affairs and engagement and broke up with him. Eventually, she organized a support group for the women cheated by Lang. The support group of "over 20 women" worked helping Lang's exes heal.

Well, are you people curious about her recent relationship status? We feel proud to announce that she's happily moved on in her life and has found a soulmate.

She frequently posts on her Instagram with her mystery boyfriend whose identity is still a mystery.

The picture-perfect couple definitely looks adorable together. Just have a look:

It's all about her courage and strong will power that played a great role to keep everything aside and focus on her new life. We really wish to see her living a happy and a blissful life.

Thore has been sharing images and videos of her while doing CrossFit-style workouts on Instagram. While receiving wide support from love fan followers for her weight loss plans, some people bashed her for not losing weight despite her hard effort.

She took Instagram to answer her body shamers once and for all. She wrote,

"Recently I've gotten a lot of comments and DMs with an…accusatory nature, asking me questions like, 'If you work out so much, why don't you lose weight? What are you eating?' and things like…'If you're going to post workouts and not meals, that isn't fair; we're not getting the full picture."

"For those of you who speculate about my eating habits, I'll give you this. I used to struggle with disordered eating, both purging (but not traditional 'bingeing'; I used to purge regular meals), as well as restricting (eating as little as a few hundred calories a day for months at a time). The last time I engaged in either of these behaviors was in 2011 when I lost 100 pounds and—ironically—everyone thought I was so healthy."

Further, she admitted that she's doing her best to manage her weight. Let's support her from all our heart for her weight loss programs. 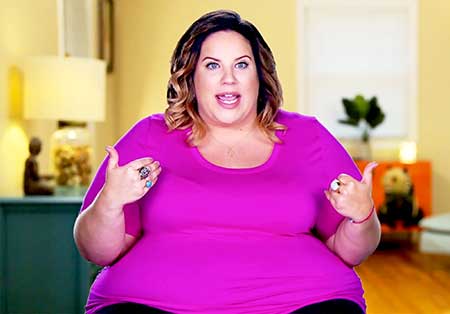