Home Article American TV Personality Maci Bookout Has All The Children From Her Husband, or She Has Other Encounters Too

American TV Personality Maci Bookout Has All The Children From Her Husband, or She Has Other Encounters Too

American TV Personality Maci Bookout married her second husband. Know in detail about her past affairs and child from previous marriage.

Regardless of her successful career, her personal life isn't so smooth. Recently she got hitched second time in Florida after she failed her previous relationship. So, What brought Maci Bookout down to Florida? Know in detail about her married relationship including her past affair and controversy! 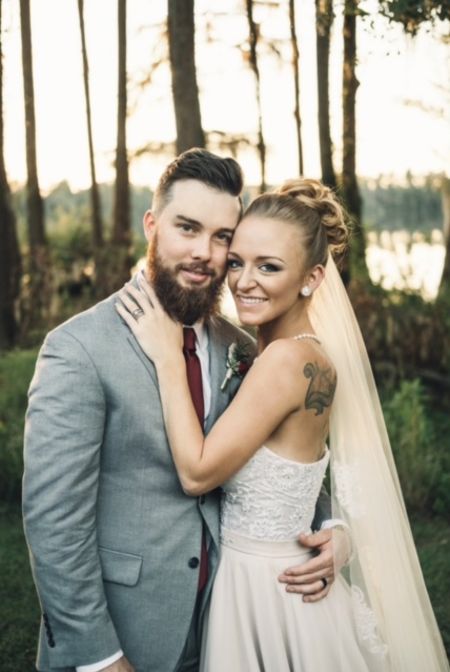 Maci Bookout in her marriage ceremony with her husband Taylor McKinney
SOURCE: TWAP

The duo searched the online open marketplace; WeddingWire and The Knot for the biggest day of their life. Eventually, she got inspired by the previous work of the wedding team; TWAP and made the members to keep their wedding ceremony, a secret! 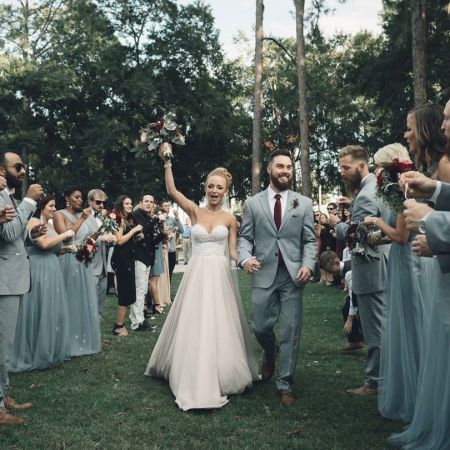 Maci Bookout in her marriage ceremony with her husband and family.
SOURCE: TWAP

Thus, on Oct. 8, 2016, Maci Bookout and husband Taylor McKinney married in a low-key marital ceremony in Florida. MTV recorded the entire ceremony and a month later played it on MTV. The TWAP vendors experienced a whole new level of workmanship after the ceremony featured as the cover story in US Weekly magazine.

Above all, blessed with two godly gifts, the pair enjoyed a happy married life initially. The pair gave birth to their first baby girl Jayde Carter McKinney in 2015. Following that, the duo gave birth of their second child Maverick Reed McKinney in 2016.

Nevertheless, the newlywed couple sought counseling within less than a year after saying, ''I do''. During therapy, the two sought help with methods of communication. The duo who is currently parenting three children under the age of 10, stated.

“All of the little things build up because neither of us ever communicate them. Then all of a sudden, we’re mad and we don’t even know why we’re mad"

Furthermore, she admitted that not all couples who seek help are in danger of ending their relationships.

Her previous relationship might be the reason for a misunderstanding between this duo. Be that as it may, the couple lives a healthy relationship as of now and are growing a strong bond between them.

Maci Bookout' Past Relationship And Affairs

Well, this isn't the first time, the beautiful 'Teen Mom' actress Maci Bookout is in a marital relationship. She previously walked down the aisle with Ryan Edwards and even share a child with him. However, their relationship couldn't last long after Ryan allegedly got addicted to Heroin. 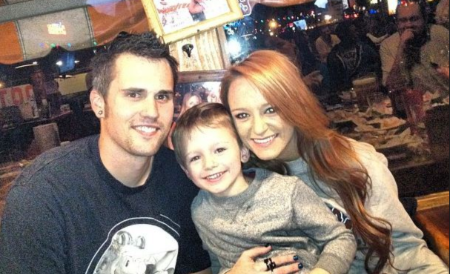 'Teen Mom' Maci Bookout with her ex-husband Ryan Edwards and her kid with him.
SOURCE: In Touch Weekly

Reportedly, in 2017 Ryan served a week in jail of Tennessee for breaking probation over heroin possession charge. In addition, the police arrested him for violating his probation in March, and then again in July of 2018.

Maci filed for legal protection against Ryan explaining that her ex-husband threatened her in 2018. She explained how Ryan called Maci's husband Taylor McKinney on March 20th, threatening to show up at his house and put a bullet in his head.

I’m speaking out about living with PCOS and I’m ready to join @pcoschallenge in changing the world! Tune in to tonight’s new #TeenMomOG at 9/8c on @MTV!

Bookout seems annoyed with her ex-husband as she admitted;

"I don't know-I do know why but I just don't want to say-but to be honest with you. I feel better that he is in jail because I know he's safe there if that makes sense,"

There is no further news regarding the chaotic situation between them. Things are quite below the radar for a moment but we still can't hope to bar our ears on this news.

You May Like: Mackenzie Standifer Married Ryan Edwards in a beautiful Marriage ceremony; See their Relationship and Affairs

Be that as it may, Edwards is expecting a child with his wife Mackenzie Edwards. Maybe, Edward feels insecure about his new child after all so he stopped involving in the life of Maci and her husband Taylor McKinney.