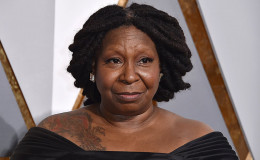 Caryn Elaine Johnson, known professionally as Whoopi Goldberg, is not only your run of the mill American actress but also a comedian, author, and television host. Goldberg, also known as a powerhouse, has been nominated for 13 Emmy Awards and is one of the few entertainers to have actually won an Emmy Award, a Grammy Award, an Academy Award, and a Tony Award.

Whoopi's professional life has given her the best of pleasures but is her personal life similar as well? Let's get to know more about past marriages, boyfriends, children and other intricate details of the personal life of this one phenomenon of a woman.

Whoopi Goldberg is very successful in the field of entertainment but the same cannot be said for her multiple marriages. Her love life has been a rollercoaster ride with its fair share of ups and downs. She was married twice and has dated numerous amount of boyfriends but currently is single.

The first time she got married was in 1973 when she tied the knot with Alvin Martin. The marriage could only hold the couple together for 6 years and they decided to walk their separate paths so, in 1979, the marriage ended in divorce. The duo is a parent of one daughter named Alex Martin, born in 1973.

By the 1980s, Whoopi had already moved on from her previous marriage and was ready to start a new life with that someone special. She exchanged vows with Cinematographer, David Claessen in 1986, but that would only last until 1988. 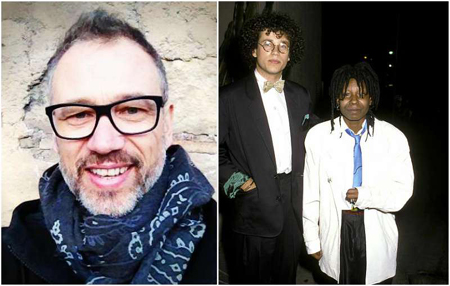 Next up Whoopi tied the knot with Lyle Trachtenberg in 1994. But only a year later, the ship of their marriage ended up in the wreckage.

Since the end of her third marriage in 1995, Whoopi has not walked down the aisle again. She blames herself for all the failed marriages. According to her, she never gave her the best in her marriage.

Whoppi also maintains an active life in social media sites including Instagram in which she boasts a staggering 789,000 followers.

Nonetheless, she has dated a huge array of men including David Schein whom she dated back in the 1980s, Eddie Gold, Timothy Dalton, Ted Danson, Jeffrey Cohen, and Frank Langella with whom she had a serious relationship from 1995 till 2000.

Alexandra Martin is the only daughter of Whoopi Goldberg and her first husband Alvin Martin. Goldberg has also been in different relationships with other men. None of her other affairs and marriages have produced another child.

Whoopi with her daughter
SOURCE: Highlight

Whoopi Goldberg was only 18 when she gave birth to her daughter Alexandria Martin. Also known as, Alex Martin, she is a Golden Globe award-winning American actress, TV and movie producer.

Alexandria had a few small roles in films growing up and now is a prominent member of the entertainment industry with roles in movies like Sister Act 2: Back in the Habit, and Quest of the Delta Knights under her belt.

Alex has also worked as a producer for several other movies as well. She worked as a co-producer for movies like Descendents, Sensitive Men and According to Alex. She is currently married to Bernard Dean and also has a son named Mason, which makes Goldberg a grandmother.