The beautiful actress Anna Kendrick is all set to hit the screen with the third installment of her blockbuster movie Pitch Perfect. The movie is releasing on December 21, 2017, and we recently saw Anna appearing bra-less for the promotion of Pitch Perfect 3 in NBC's American reality television singing competition The Voice.

She is currently in a relationship with cinematographer Ben Richardson; the couple is dating since 2014. Let us find out more about the adorable pair here!!!!

Anna, 32, Pitch Perfect actress is currently in a relationship with British cinematographer Ben; best known for the feature film Fault in Our Stars.

The couple started dating early in the year 2014, and the rumors about their affair spread when they were photographed spending quality time together.

Anna and boyfriend Richardson walking on the streets of Hawaii.
Source: Hawt Celebs

Don't Miss; Baywatch co-actors Alexandra Daddario and Zac Efron are rumored to be dating each other

They were last spotted together in May last year at a Fed Ex office in Sherman, Oaks, California. As of now, they are living a pretty private life and has not made any public appearance together.

As of now, Anna is busy with the promotion of her new movie and Ben is also busy with his career.

Anna Kendrick-Her Past Affairs And Relationships

Anna's first public relationship is with the Shaun of the Dead director Edgar Wright. They met while filming Scott Pilgrim vs. The World and became an item.

Unfortunately, they broke up in 2013 after four years of their relationship.

Anna Kendrick and Edgar Wright; the former couple were in a relationship in 2009 but later on broke after four years in 2013.
Source: Daily Mail

Anna and Chris Pine met on the set of Into the Woods and rumors spread that Cinderella and her Prince charming were dating in real life. But they never accepted their relationship in public.

Game of Thrones star Alfie Allen was also linked with the actress. They were spotted together many times, but the duo did not confirm the rumors. 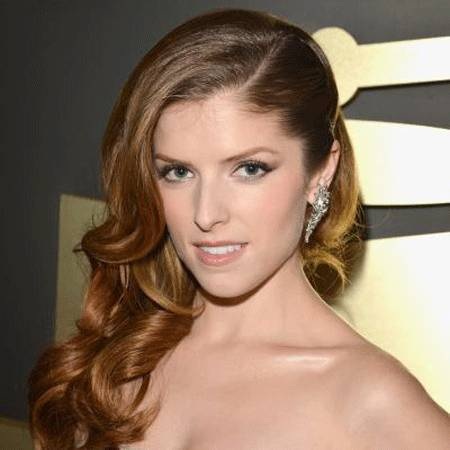