Are Priyanka Chopra And Nick Jones Engaged? Details Of their Whirlwind Romance 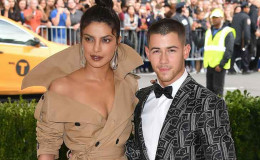 It feels only like yesterday Priyanka Chopra and Nick Jonas had their fans as well as media speculating about their dating rumors, but the couple has now reportedly taken a giant step in their relationship. The new reports suggest they are reportedly engaged.

It feels only like yesterday Priyanka Chopra and Nick Jonas had their fans as well as media speculating about their dating rumors, but the couple has now reportedly taken a giant step in their relationship.

The new reports suggest they are engaged. Are there credible truths behind it? How did the proposal take place? Let's get all the details of their engagement reports as well as their love life and how it all began.

Yes, you heard it right! According to reliable reports, the Indian actress Priyanka Chopra is engaged to American singer Nick Jonas after dating for two months.

People magazine revealed sources close to the pair said Jonas, 25, proposed to Priyanka, 36, in London on her 36th birthday. Jonas had closed down a Tiffany store to buy an engagement ring. 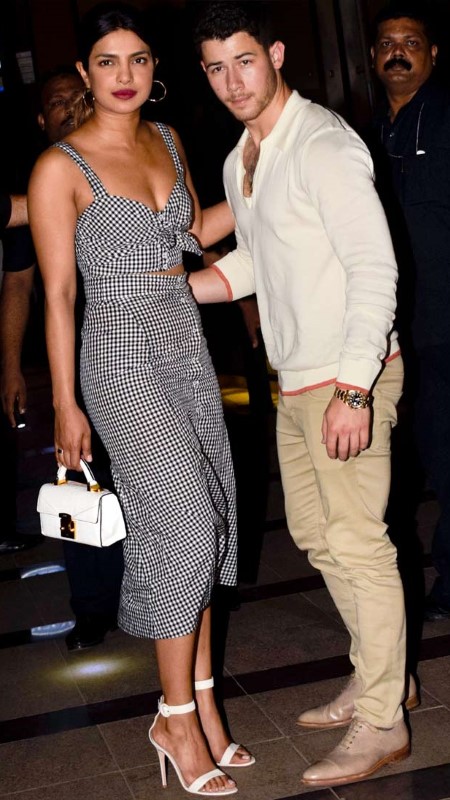 The pair reportedly kept in touch after their first meeting last year. Apparently, things "really heated up" when they got introduced to each other's families. Jonas had his cousin's wedding on 9th June and he brought Chopra along with him. Likewise, she brought him later in the month to India to meet her mother.

Although neither Jonas nor Chopra has confirmed the engagement, a certain person seems to have broken the news early. Ali Abbas Zafar, Chopra’s director for her upcoming film Bharat, tweeted on 27th July that she will no longer be part of the film for a “very, very special” reason.

Yes Priyanka Chopra is no more part of @Bharat_TheFilm & and the reason is very very special , she told us in the Nick of time about her decision and we are very happy for her ... Team Bharat wishes @priyankachopra loads of love & happiness for life

It remains to be seen when the official confirmation comes about, but based on recent reports it looks as good as done.

Priyanka Chopra's Relationship With Nick Jonas-How It All Started?

It goes without saying the newly engaged couple appear delightful together. Although it was initially believed they first met at the Met Gala, Jonas revealed this wasn't the case as their first meeting was through a mutual friend. 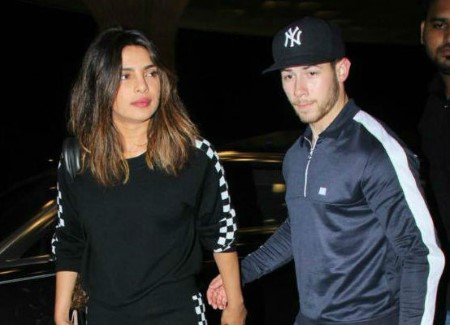 "We met through a mutual friend who she did Quantico with, this guy Graham and we met up like in New York the first time and the same day I think we found out that we are both going to the MET gala with Ralph Lauren."

A year after the Met Gala, the romance speculation started catching fire when they were seen attending Hollywood Bowl together for a Beauty and the Beast Live Performance. The subsequent dinner dates and flirts on Instagram further fuelled speculations.

From there on, it started getting really serious when Jonas took Chopra along with him to his cousin's wedding in Atlantic City. A source later said:

"He’s dated a lot over the last couple years but it’s never been anything serious, so this is a big step."

Merely weeks after the wedding, the couple took a flight to India to meet Priyanka's family. They had dinner with the actress' mother, and a source said: "It's getting serious." Moreover, the pair was spotted displaying cute PDA in Mumbai.

Subsequently, the relationship was made official on Instagram by Nick after he posted a video of her on his Instagram story.

The couple was spotted traveling to Brazil together for one of Jonas' gigs in VillaMix Festival, as well as going to a double date with Joe Jonas and Sophie Turner.

Ever since they got engaged, the fans are curious about when they'll decide to tie the knot. It remains to be seen when their big day arrives.