Home Article Behati Prinsloo and her husband Adam Levine welcomed their first baby Dusty Rose Levine in 2016: Couple is enjoying every moment of being parents

Behati Prinsloo and her husband Adam Levine welcomed their first baby Dusty Rose Levine in 2016: Couple is enjoying every moment of being parents 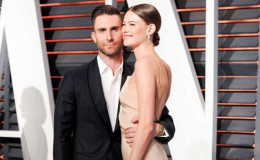 Behati Prinsloo and Adam Levine are the hottest celeb couple. The love birds recently welcomed their first child together and they are now fighting over the first word that their daughter would say. Find out more.

Adam Levine and his wife Behati Prinsloo welcomed their first child together back in September 2016 and they are now fighting over what would be the first word that their daughter would say.

It's a very good gesture though as it shows the love that the couple share with each other. They have been married for 2-years now and it looks like that the couple will go all the way. Let us find out more about what's happening between the couple and their married life.

Adam and Behati-Match Made in Heaven

Adam is more famous for being the lead vocalist for the band Maroon 5 and his voice is one of the most enigmatic voices around.

Everyone knows how hot this singer is and he has been dubbed as one of the hottest singers on the planet. 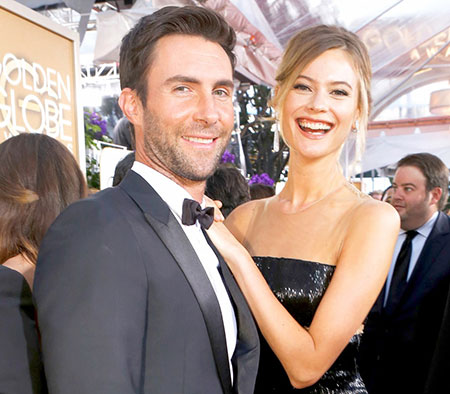 Of all the relationships he had, no one ever expected that the 37-years-old Animal singer to settle this soon but he surprised everyone when he announced his engagement with model Behati Prinsloo back in 2013.

After his marriage in 19th of July, 2014, in Flora Farms in Los Cabos, Mexico, Adam has not looked back and he is living blissfully with his wife.

It was one of the most joyous moment for him and he was very happy after the birth of his daughter and he posted a very beautiful picture of his little bundle of joy sleeping on top of her father's chest. 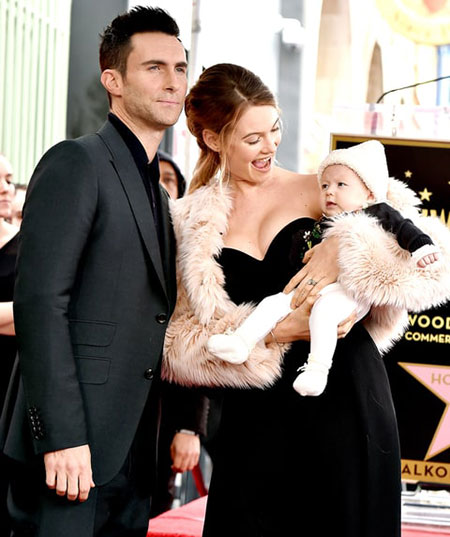 After the birth of his daughter many of his friends, including Jason Segal, Jake Gyllenhaal, Natalie Portman, Adam Brody, and Billie Joe Armstrong, wished him.

Now there has been a fight between the adorable couple but don't worry it's not a very big fight but a small and childish fight for a childish reason.

Apparently, our hot couple is fighting over the first word that their daughter would say. 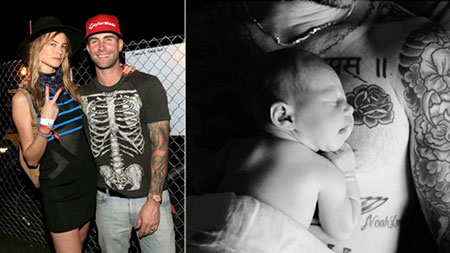 Adam said on The Tonight Show with Jimmy Fallon, that he and his wife are competing over the first word that their daughter would say.

Adam is, of course, hoping for her to say the word Dada and his wife is hoping that she would say Mama first. 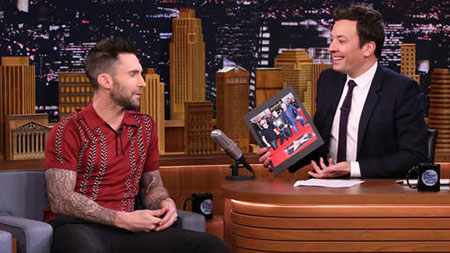 “I’ve been working ‘dada’ hard, You work on it really hard and you slip it into every single thing you say. If she’s being cute, you’re like, ‘Oh, my God! Look at how cute you are! Dada!’”

Well, we are very lucky to see the couple fight like this and their fight is very adorable, to say the least. Let us see what will the first word that our cute little Dusty will say.