Home Article Rumored Lesbian Becky Hammon; News of having both Girlfriend Brenda Milano and Boyfriend Tony Parker. What is the actual truth?

Rumored Lesbian Becky Hammon; News of having both Girlfriend Brenda Milano and Boyfriend Tony Parker. What is the actual truth? 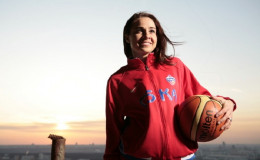 One of the controversial basketball players of the country, Becky Hammon is always questioned upon her sexuality She is rumored to be dating a female and a male at the same time.

The news about her dating Brenda Milano and Tony Parker created quite a buzz. So, who is she dating these days? Is she a lesbian or just exploring her sexuality?

The questions are always raised upon her sexuality and the news of her having an affair with Brenda added the fuel to it. Neither Becky nor Brenda confirmed about their relationship so it was just a buzz until it wasn't. 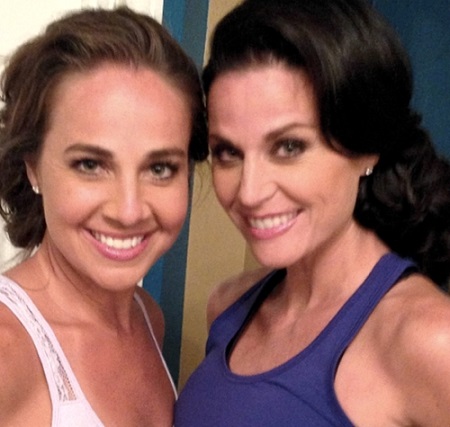 Becky and Brenda in a picture, Source: Player Wives & Girlfriends

Keeping these things in mind, Becky might not be a lesbian rather might be bisexual as she is not only linked with females but with a male as well.

After years of being hush about her sexuality, Hammon finally came out as a lesbian woman. In fact, Becky even shared a picture of her romantic partner to confirm the news on Instagram. Not to mention, Becky and her partner also share two sons together. 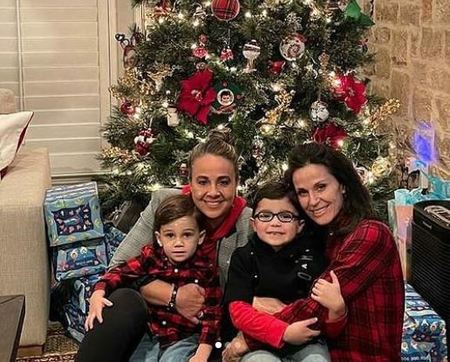 Hammon is also fond of sharing pictures of her children and partner on her Instagram page. Likewise, on Valentine's Day, Hammon shared a sweet message for her family. "My original Valentine and our little angels that came later!! Miss you guys and I love you!!" said Becky by sharing beautiful pictures of her family.

However, the private Basketball coach doesn't want to reveal the names of her children and partner. It's also not confirmed if the children are adopted or born via surrogacy.

News of having a Boyfriend named Tony Parker

In 2016, Becky was yet again in the news relating to her relationships at this time she was a man. She was rumored to be dating a Frech professional basketball player, Tony Parker.

As Becky was appointed by San Antonio Spurs as a coach where Tony is playing. This might be the reason for their dating rumors.

She, however, posted several pictures with Tony during the game but they have not revealed about their relationship so they might not be dating.

On the other hand, Tony is a married man along with his gorgeous wife, Axelle Francine and also has a baby named, Liam.

Smiling at each other.

With Becky Hammon as Spurs assistant, Tony Parker is one lucky guy. #ifyouknowwhatimean

Professionally, Becky established her career as a player after joining the association called, Women's National Basketball Association in 1999.

Soon she signed the contract with the New York Liberty and showed the great player spirit. Her excellent quality leads the team to the WNBA Finals and also received her first All-star selection as well.

You May Like: Are NBA star Chandler Parsons and Chloe Bennet Dating; Find out the Relationship Status of the Pair

Apart from this she also appeared as a star in the National Women's Basketball League (NWBL) and won MVP Award too. In 2007, she again signed a contract along with CSKA Moscow so that to entered into the US Olympics.

She gave her 100% and as a result, won a bronze medal in the Olympic for the country. 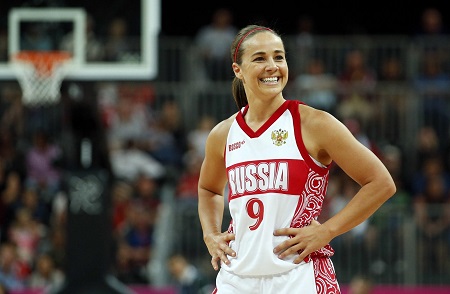 #FlashbackFriday: @BeckyHammon transitions from playing to coaching in San Antonio with the @Spurs! #NBAPlayoffs #GoSpursGo pic.twitter.com/t04UhGzPzk

Besides playing, she was also engaged in coaching as well since 2014. Moreover, in 2016, Becky became one of the first women of the NBA All-Star game to join the coaching staffs. 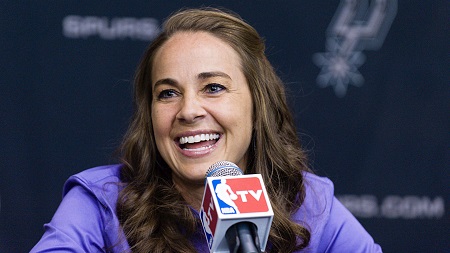