Home Article Cheyenne Jackson and his husband Jason Landau has recently welcomed their twin babies together: Couple got married in 2014

Cheyenne Jackson and his husband Jason Landau has recently welcomed their twin babies together: Couple got married in 2014 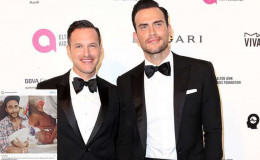 Cheyenne Jackson and then boyfriend now husband Jason Landau were one of the first gay couples to get married. They got married in 2014 and recently they adopted two twin boys.

Cheyenne Jackson is one of the famous American actors who got famous after his role in American Horror Story and Glee which he co-starred alongside Lea Michele, Cory Monteith, Darren Criss, and Chris Colfer. He is also famous for being one of the first actors to come out as gay.

He has been married twice and recently he welcomed two children with husband Jason Landau. Let us find out more about his current situation and all the difficulties that will be coming their way after the adoption of twins.

Cheyenne and Jason married on 13th September 2014 after meeting for the first time in the show 12-step-program in 2013.

They are one of the happiest couples around and their love for one another is insurmountable. 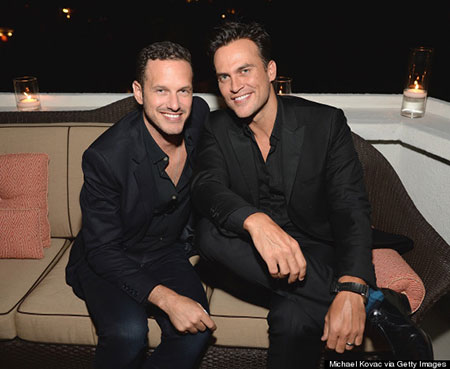 Cheyenne and Jason at a Party Source: Huffington Post

Their happiness went to the next level when the couple welcomed their first children together. They welcomed a pair of twins, one boy and one daughter on October 8, 2016, and named them Willow and Ethan. 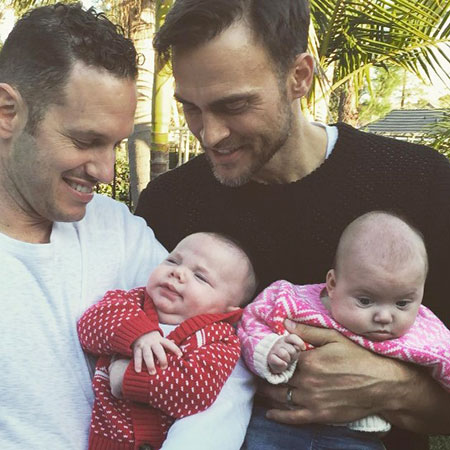 Jason took it to his Instagram account and told the world about the news. Many of their fans were delighted after hearing the news.

Today my husband and I brought our son and daughter into this world. Willow and Ethan just made us the happiest people and so thankful to now start our lives together as a family.

Handling one child can be an overwhelming task and on top of that Cheyenne and his partner, Jason welcomed a pair of twins.

Even though they were very happy about the news and why wouldn't they, We mean after all this time they are now going to see their own children raising in front of their eyes.

Both of them got quite fascinated after the birth of their twins and we can say clearly say that by looking at all the captions that they put in their pictures.

And his sister wanted to say hello as well. Day 1. #willow

No one blames the pair as they look so happy and look adorable at the same time. It looks like their family is complete now and it's a happy family. 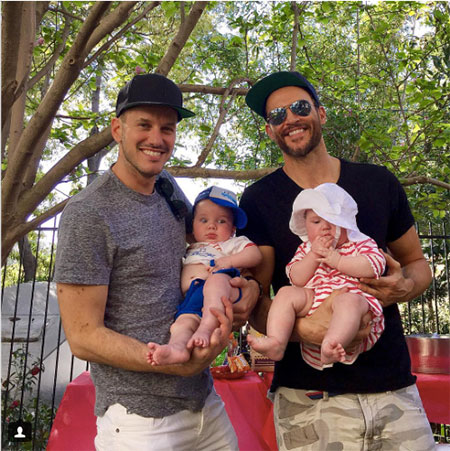 Jason and Cheyenne chilling with their twins, Source: Instagram

We all know that the pair is elated after the birth of their son but recently they have recently that they are tired taking care of their twins, he said that jokingly of course.

“It is a tired like we have never known,But that is the payoff. They’re doing great in every way.”

We all understand their problem but they are taking this problem as the part of life and doing their very best to take care of their twins.

They are still getting used to being dads for the first time and we all know that everyone needs time for everything.

Family Equality Council who protects the rights of the LGBT community are now visiting their house often to see how they are taking care of their twins and it's good things as well. 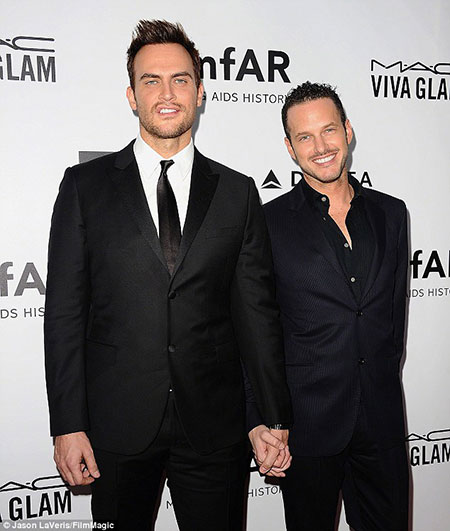 Cheyenne and Jason at a movie Premier Source: Daily Mail

As of now the couple is very happy and trying their utmost best to become the best parents in the world for their children.

We wish them all the success and wish that Ethan and Willow will always be blessed with all the love they need.

For more recent updates and news, keep following our page!!!!